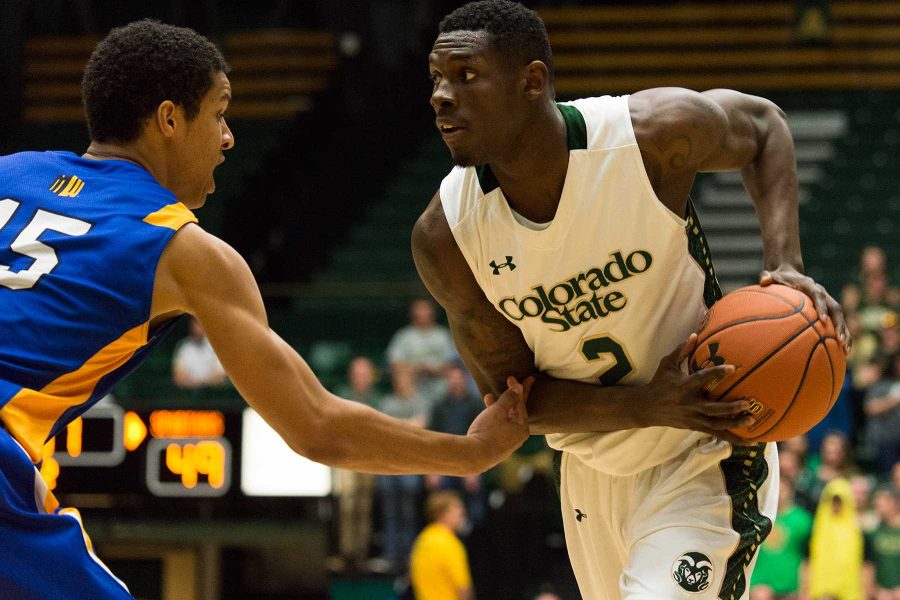 It is tough to beat the same team three times, but that is exactly what the sixth-seeded Rams will have to do to keep their season alive.

Colorado State tips off against 11th-seeded San Jose State Wednesday at 5 p.m. in the first round of the Mountain West Tournament.

CSU got the better of the Spartans in the two previous meetings this season, with the first matchup being quite the nail-biter. Down two at the end of regulation, CSU freshman J.D. Paige came up with a steal and then a bucket in the waning seconds to force overtime.

In overtime, John Gillon converted a layup to give the Rams a one-point advantage. The Spartans got the ball back with the shot clock turned off, but plenty of time remaining to get a good look, and surely enough, they did. However, CSU forward Tiel Daniels rotated quickly enough to alter Jaycee Hillsman’s layup attempt, which rolled off of the rim, securing a win for the Rams.

The second game came in the wake of the terrible tragedy that hit Emmanuel Omogbo. After returning from the funerals of his family members, Omogbo was able to score 11 points and secure seven rebounds en route to a 74-66 win for CSU in Moby Arena.

In the first game, balance was the key for CSU, with four starters scoring in double figures, and the bench unit chipping in 19 points. In the second affair, the Rams rode the hot hand of senior guard Antwan Scott.

Scott, who usually relies on the three-ball, could not get it going from downtown that night, finishing 1-for-8 from behind the arc. Instead, he got it done the old fashioned way, getting to the line repeatedly and knocking down eight of his 10 free throw attempts.

Omogbo and Tiel Daniels also dominated in the paint, with Daniels coming up one rebound shy of a double-double.

While the first round matchup is certainly a favorable draw for the Rams, SJSU still presents some challenges for CSU in terms of length. All of the Spartans’ guards are tall and have long arms, making them capable of switching on picks and bothering outside shots.

Frank Rogers leads the Spartans in both scoring and rebounding, averaging 12 points and seven rebounds per game. Brandon Clarke, another sizeable guard at 6-foot-7-inches, was just named MW Sixth Man of the Year in the coaches poll, and presents the Rams with a challenge on both ends of the court.

The Spartans are well-coached by Dave Wojcik, but lack tournament experience. SJSU was ineligible for the MW tournament the previous two seasons.

John Gillon, Joe De Ciman, Tiel Daniels, John Gillon and Fred Richardson all played big minutes in last season’s tournament for CSU, and will have to lean on that experience Wednesday. Gillon and De Ciman will need to attack the hole, while Daniels and others need to hold down the interior on both ends of the court.

The Rams got the matchup they most likely wanted in the first round, but they still have to show up ready to play. CSU cannot bury itself with a slow start if it wants to extend its season.