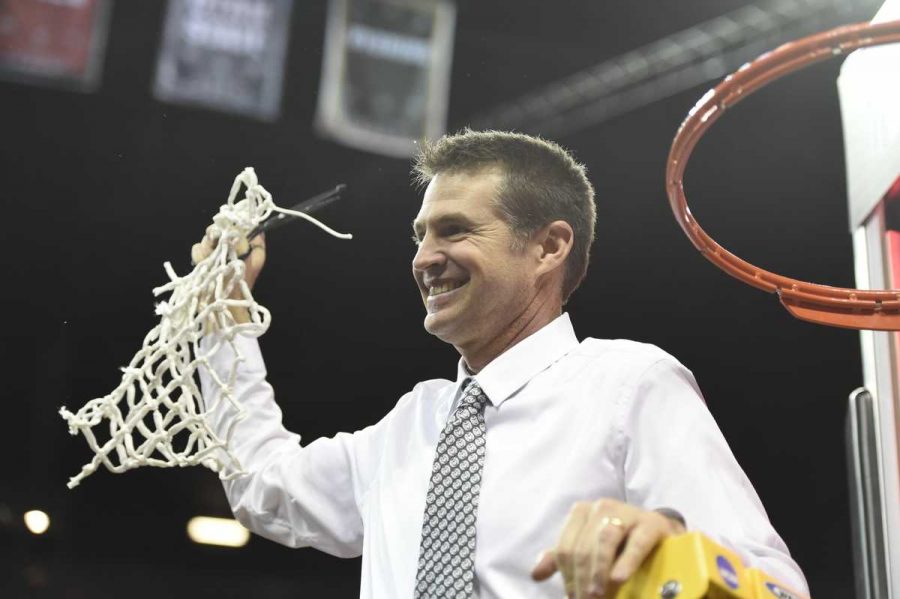 Every goal the CSU women’s basketball team set for the 2015-16 season, it achieved.

Of course, fans will remember the first-round loss to South Florida in the NCAA Tournament. But the story of this season is what the Rams secured in history books, and just how important the tournament berth is to the program.

The tournament berth meant the right team out of the Mountain West conference actually made it to the Big Dance for the first time in the past three seasons.

After claiming their third straight MW regular season title with an undefeated 18-0 record in the league, the Rams emerged victorious in the MW conference tournament in Las Vegas, where they fell short as the favorite each of their two previous league title seasons. Without a tournament championship the last two years, the Rams never heard their name called on Selection Monday for the women’s tournament.

But, that all changed this year. The Rams knew they had to win in Vegas, and they did just that, improving in virtually every game in the regular season prior to the crucial MW Tournament championship.

What reaching the NCAA Tournament really meant for this program is that head coach Ryun Williams has officially turned it around in just his fourth year with the team. An NCAA Tournament berth, the Rams’ first since 2002, means there is a new culture about CSU women’s basketball, and higher expectations.

Along the way to establishing those this year, the Rams made history at several points.

First, the Rams came up with a marquee win against BYU early in the season to avenge last year’s close loss to the Cougars.

Their next game, though, the Rams suffered their only regular season loss, at Penn, barely falling 49-48.

From there, CSU rattled off a school-record 28 wins in a row, with perhaps the biggest thrill occurring before conference play even started, against in-state rival Colorado. With CSU trailing the Buffs by one point with 3.6 seconds remaining, junior Ellen Nystrom faced up and swished a jumper as time expired to give CSU its first win against the Buffs since 2009.

The fun only grew from there for this team. As already mentioned, the Rams set a new school record with the win streak, which shattered the 1998-99 Becky Hammon-led team’s 19-game streak.

The string of wins afforded CSU entrance into the AP Top-25 poll for the first time since 2002 with a No. 25 ranking. Before the season ended, the Rams climbed as high as No. 22 in the poll.

Although this season’s success will surely be difficult to match, CSU will have a chance to do so, as some key players are returning. Obviously, it will be no easy task replacing guards like Patrick and Wharry, nor the size and post-moves of Emilie Hesseladal and Alana Arias, all of whom were seniors.

However, there is no ceiling for what Nystrom can do in her final year of eligibility, and she will be joined by fellow Sweden native Elin Gustavsson, who truly turned it on in the MW Tournament right when the Rams needed her most. Gustavsson’s scoring ability paired with Nystrom’s versatile game should make for solid leadership out of the pair.

Plus, freshman Callie Kaiser and redshirt sophomores Hannah Tvrdy and Stine Austugulen all proved they can play this year, too. The tools will be there for Williams, who has shown he can mold talent into a solid team in each of his seasons with the Rams.

Expect to see the CSU back near the top of the MW next season. And remember this season as the one that solidified a new era of CSU women’s hoops.