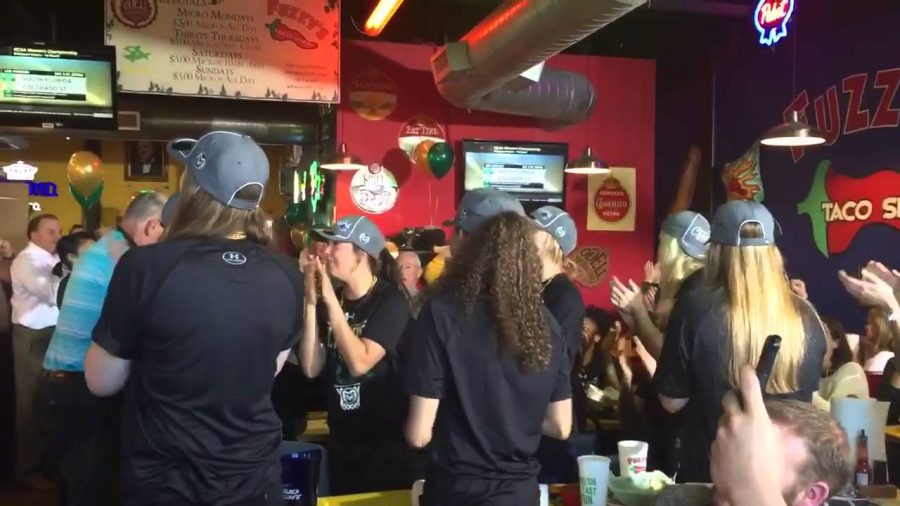 After a gutsy 55-54 comeback win over Fresno State to clinch the Mountain West title Friday afternoon, the Rams knew that they would be dancing in the NCAA tournament.

And Monday night they found out where.

No. 22 CSU (31-1) earned an 11th seed and is headed to Los Angeles to take on 6th-seeded South Florida (23-9) in first round action Saturday. The game will be played on the campus of UCLA, who is the No. 3 seed and will host No. 14 Hawaii, also on Saturday with the winners meeting each other in a second round matchup on Monday.

“There’s some familiarity there,” head coach Ryun Williams said. “They have a young lady from Denmark that we recruited and some of our players know. Seen them on TV a couple times against UConn. I know they’ve got a couple of big-time guards and some stretch fours that shoot it. (Coach Jose Fernandez) has done a tremendous job of building that program. It’s a fun matchup. I like where we’re going, the draw is fun. Now that we know who we play, we can go to work.”

The Rams are in the midst of a historic run, including boasting a record that rivals the Becky Hammon-led 1998-1999 squad that finished 33-3 and advanced to the Sweet 16. CSU has won a school-record 28 consecutive games.

With this run, the team has been under a certain amount of pressure most of the season. But Monday night, the Rams were able to sit in front of a packed house of fans at Fuzzy’s Taco Shop and enjoy how far they have come while learning where they’re headed this weekend.

“None of us have been part of this before,” junior guard and Mountain West player of the year Ellen Nystrom said. “It’s very new to us but it’s really cool.”

It may be somewhat unusual for a 31-win team that is one point from being undefeated, and is currently riding the second longest win-streak in the nation, to earn just an 11-seed, but it is about what Williams expected.

“I thought anywhere from a 10 to a 12,” Williams said. “Some of those schools were popping up there at 10s, you thought maybe we could bump to a 10. That’s about what we expected. There’s winnable games there. Just give us somebody to play, somewhere to go and we’ll be happy.”

And the draw, according to Williams, is something out of their control, and even a significant starting point in gaining respect for the program going forward.

“We can’t control it, so we don’t worry about it,” he said. “31 wins is a lot of wins. It’s a start of earning more respect. You have to start somewhere. You don’t just take over a program and earn respect at the snap of a finger. It’s all a process, I think this is a big part of the process. We’ve really been noticed this year. Our kids have been ranked for a while now. I think we’re on people’s radar.”

South Florida proves to be a tough competitor for the Rams, coming in with 23 wins while playing four teams ranked in the top-15 this season, including Baylor, a No. 1 seed, and UConn, the defending national champions and winners of 69 games in a row, the only active winning streak longer the Rams’ 28.

The Bulls have four players averaging double-figures in scoring, including guard Courtney Williams who is averaging 22 per game. The adversity of trailing Fresno State by 14 at halftime and rallying back to capture the Mountain West tournament crown should bode well for the Rams come Saturday.

“It definitely helped us,” Nystrom said. “Especially since we were down that much and we hadn’t had that all season. It was definitely good for us to go through some adversity.”

The NCAA tournament is a new experience for the Rams, but they know they belong on college basketball’s biggest stage.

“There’s a reason why we’re here,” senior forward Emilie Hesseldal said. “This is not a random pick. We’re here for a reason because we’ve been winning games. We’ve proven ourselves and now we just have to keep going because we’re not done.”

The Rams will take on South Florida at UCLA Saturday at 7 p.m. MT.

Sports Reporter Michael Roley can be reached at sports@collegian.com and on Twitter at michael_roley.