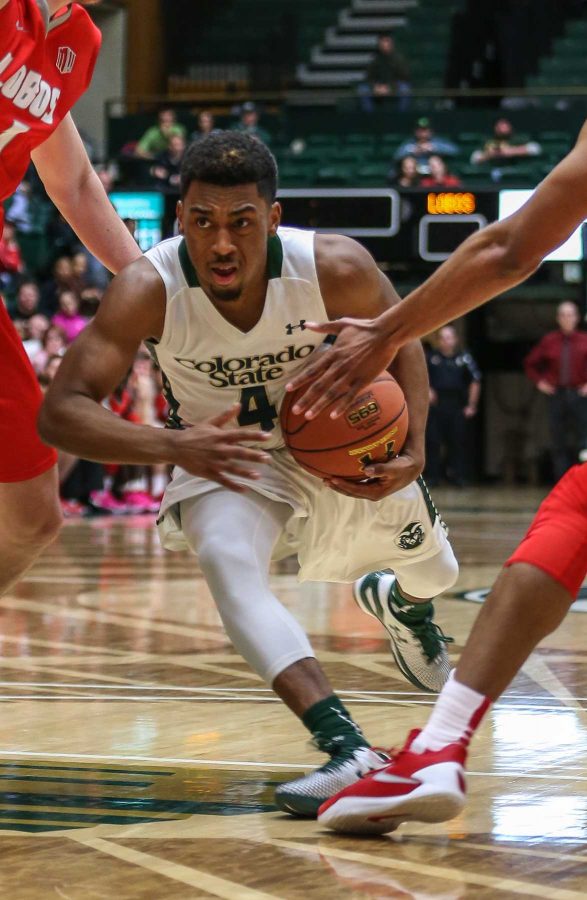 Julien Lewis wasn’t about to let Colorado State ruin his senior night. Especially with a chance to take another step toward locking up the No. 2 seed in next week’s Mountain West conference tournament.

The senior from Galveston, Texas, who left the University of Texas after two seasons to come to Fresno State, scored a career-high 30 points on 11-for-16 shooting as the Bulldogs nearly led from wire to wire in an 87-73 blowout of the Rams Wednesday night at the Save-Mart Center in Fresno.

Fellow senior and Mountain West Player of the Year candidate Marvelle Harris added 24 points of his own, his eighth game in a row with 20-plus points.

Colorado State was led by Antwan Scott’s team-high 15 points, all of which came in the second half with CSU down by as many as 24 points late in the half.

After trailing 43-23 at the break, with 12 of those first-half points coming from senior Joe De Ciman, CSU was able to cut their deficit down to 12 points with 15:03 to go in the half, but a quick 8-0 Fresno State run extended the Bulldogs’ lead back to 20, and the Rams really never threatened after that.

CSU committed 13 turnovers, including nine in the first half, allowing the Bulldogs to score 20 points off of their giveaways. On the night, the Rams shot 42 percent, but a good majority of their makes came late on easy dunks with Fresno State’s reserves in. The Bulldogs, however, lit it up all night, shooting 53 percent and hitting 8 of 20 3-pointers, with Lewis leading the way, hitting 6 of his 7 shots from beyond the arc.

At the beginning of the night, CSU still had a chance to secure the No. 5 seed and  a first-round bye in the MW tournament with wins over Fresno State and Air Force, and a New Mexico loss to Nevada. Instead, the Rams remain in seventh place, needing a win over the Falcons to stay out of a first-round matchup with a Wyoming team they have lost to five times in a row.