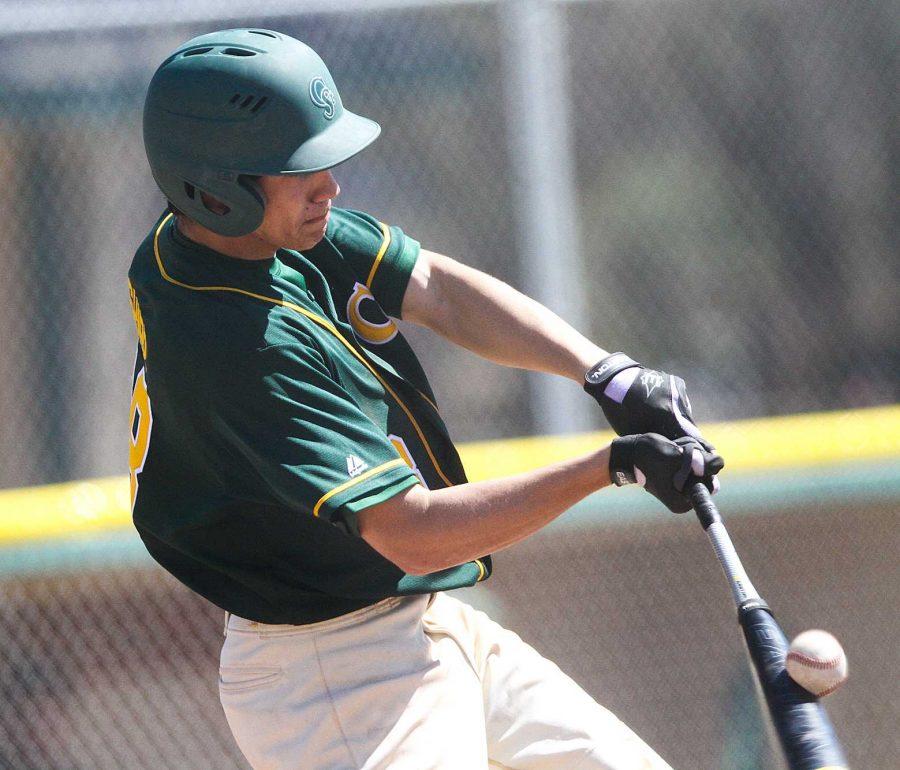 Colorado State’s club baseball program is rooted in success. Look back at the mid-2000s teams that won six out of seven National Club Baseball Association (NCBA) Championships from 2004-2010 and it’s easy to recognize the makings of a dynasty.

Recent seasons for the team, however, have followed a different trend: breeze through conference play en route to a divisional championship before exiting early in the postseason. Coaches Brian Dilley, Troy Tolar and Brett Bogner, all three of which are former Rams players, look to use their experience to end that trend this year.

“We didn’t show up and expect anything,” Dilley said regarding his two championships as a player. “I try to install in our team that absolutely nothing is given to you. We have to play like everyone is gunning for us.”

That combination of confidence and humility is evident throughout the organization and respected by the players.

“I hope they see the passion that Coach Tolar and I have,” Dilley said. “We want to get back there, to be national champions.”

That is not a stretch for this team in the slightest. The players believe that they can not only repeat last year’s record in conference play (17-1), but also carry that momentum through the regional tournament and into Nationals. Senior outfielder and club president Stratton Williams uses that mindset to lead the team.

“We want to make it to Nationals,” Williams said. “We’re gonna be close to winning out completely in conference play. We have to get over that hump and fight through every situation.”

The driving force that will allow the Rams to get over that hump and make a run in postseason play is clear to Dilley. The difference this year is that they have an ace – or perhaps aces – in the hole.

“We have one of the best, if not the best, pitching staffs since our national championship days,” Dilley said. “When they are on, we are going to be tough to beat.”

That is not to say that the Rams do not have their weaknesses. A team once abundant with veteran leadership now welcomes first and second-year players to prominent roles.

Coach Dilley understands the importance of youth, and is ready to work through the growing pains.

“We have a young team,” Dilley said. “We’ve got to focus 100 percent of the time to avoid the little errors.”

In order to counter that youth, the Rams rely on Williams and fellow senior outfielder Matt Hart to provide leadership.

“What I do on the field, I’m a leader by example,” Williams said. “I try to get on (my teammates) when I feel they should hustle harder, when I know they can put in more work.”

But Williams’ leadership extends far beyond just what he can do on the field.

Every club baseball team in the nation has a presidency position. The person in this role takes care of the everyday operations of the team outside of the coaching staff. For the Rams, Williams is the man in charge.

In addition to helping the coaches run the programs, he helps coordinate games, prepare the fields and schedule fundraisers for the team.

With this position comes new perspective for Williams. And one of the biggest differences he has noticed is the relationships that the players have with each other that has been absent in preceding years.

“The camaraderie has really shown,” Williams said. “Especially becoming president, you see these little things that matter to a team.”

The season began with six straight exhibition losses to two of the better junior college teams in the nation before sweeping the University of Northern Colorado in three games to kick off conference play. After an up-and-down visit to Plant City, Florida that included wins against Indiana and Iowa, the Rams are ready to dive into conference play.

“We’ve had a slow start the last couple years,” Dilley said. “But we expect to go out there and compete. Once the season truly gets underway (with conference play), we expect to be perfect.”

Riding the back of one of the stronger pitching staffs in recent history combined with offensive leadership from Williams and Hart, the Rams hope to make their way back toward NCBA World Series contention

Conference play picks back up on April 2 with a doubleheader as the Rams host the University of Colorado at City Park Field in Fort Collins. The first game is scheduled for Saturday at 11 a.m.

Collegian Sports Reporter Colin Barnard can be reached at sports@collegian.com.