Not interested in sharing with Fresno State, No. 22 CSU looks to clinch MW title outright 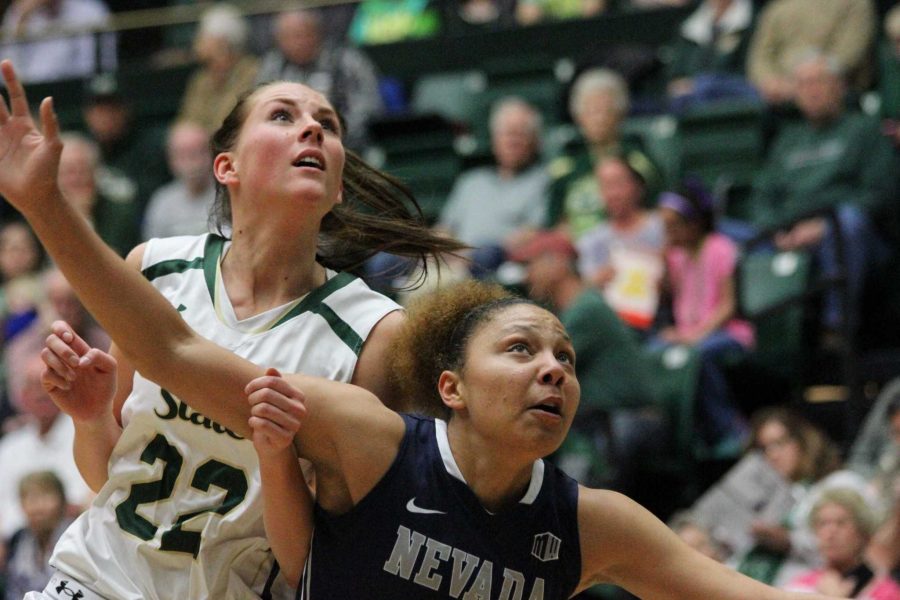 No. 22 Colorado State will take the floor at 7 p.m. Tuesday with a chance to secure the outright Mountain West title. In their way will be the only team within striking distance for the regular season crown, the Fresno State Bulldogs (18-9, 14-2 MW).

At two games back in the standings, the Bulldogs would need to win at Moby Arena, but then win out in their next game, and hope that CSU drops its final game at Air Force.

Should the Rams take care of business against the Bulldogs, they will cut down the nets on their own home court for a third consecutive year. But CSU has its work cut out against the only other team still in contention for the regular season conference title, so here are some key areas for the Rams:

The Bulldogs have bothered opponents by pressing full court, knowing that the conference’s leading shot blocker Bego Faz Davalos (4.15 blocks per game) will be waiting near the basket should it get broken. The thing is, they have not faced a team in the conference as equipped to turn that press against them as the Rams. CSU has the luxury of having ball handlers and quick passers at almost every position. The Rams have relied on 6-foot-3 forward Emilie Hesseldal and others to dribble the ball up against teams guarding fullcourt in the past. Whether it is letting the forwards bring the ball up, or passing over the defense, CSU has the tools to score against the Bulldogs should they press.

Trust in the offense

New Mexico came closer than any other Mountain West team had to finding the game plan to beat CSU. The Lobos essentially conceded that the Rams could contain them defensively, so instead they elected to slow down the pace and drag out possessions. A switch to zone on the last possession took CSU so out of its rhythm that it never even got a shot off, despite having a reliable shooter in Jamie Patrick on the floor. Fresno State allows 58.9 points per game, which ranks third in the conference defensively, and holds opponents to 36.4 percent from the field. The Rams’ 69.7 points per game in MW play have not come by accident though. They need to keep trusting in the motion offense and ball movement that got them to 16-0 in conference, and Patrick will need to let it fly from behind the arc. With multiple players who can score in the frontcourt and make high-low passes, Faz Davalos should not be able to disrupt the Rams singlehandedly.

CSU has zeroed in on the most potent offensive threats it has faced this season, frequently holding some of the conference’s top scorers to single-digits outputs. Against the Bulldogs, the Rams should not worry so much about Faz Davalos (12.4 points per game), but rather focus on guard Shauqunna Collins (10.9 points per game). Collins will look to put the ball on the floor and get into the paint rather than shoot outside shots. Look for Ryun Williams to use his deep bench – particularly guards Hannah Tvrdy and Callie Kaiser – to bother Collins without getting any starters in foul trouble. Typically, Collins is able to impact the game in many other ways when her shot is off, but her team will really need her scoring Tuesday against a team that holds opponents to 33.3 percent shooting, the best mark in the conference. If Collins cannot get her offense going, the Bulldogs will struggle to put points on the board against CSU’s signature defense.