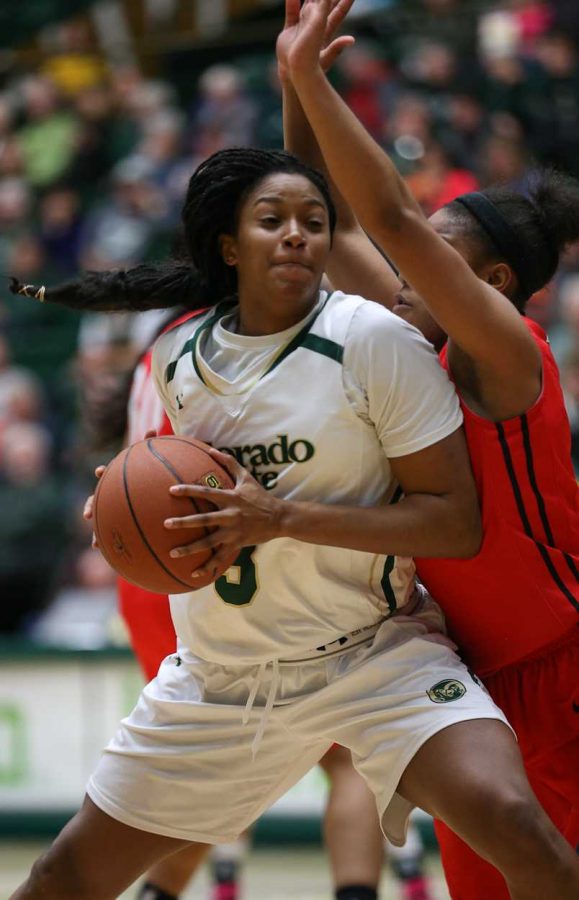 If it was not already clear going into Wednesday night’s key conference match-up with Boise State, it is clear as day now: Colorado State women’s basketball team is a major force to be reckoned with.

“I think it’s always hard to beat a team twice,” CSU guard Hannah Tvrdy said. “They’re coming out going for you. We had control of that too. We knew if we play our game we’ll be fine.”

The Rams have now won 18 consecutive games, one shy of tying the program record, and have not lost since a one-point defeat to Penn on Nov. 24. They also snapped the Broncos eight-game winning streak.

CSU played what might have been its most complete game of the season. The Rams exectued on both ends of the floor while on their way to their ninth consecutive road victory. CSU held the Broncos to 30.5 percent shooting from the field while causing 15 turnovers. Offensively, CSU shot 52 percent and made 12 of 24 from the 3-point line. Six different Rams buried a three and the team finished with 16 total assists.

“Throughout the year we’ve had some games where we had really good moments and not-so-great moments,” Tvrdy said. “I think this game was our first all-around great game all the way through.”

The offensive attack was well-balanced once again for CSU with four players reaching double figures. Ellen Nystrom paced the Rams with 16 points and seven rebounds. Tvrdy came off the bench to score 14 and drill four 3-pointers. Jamie Patrick contributed 11, including three more 3-pointers, while Keyora Wharry chipped in 10.

Emilie Hesseldal scored seven, and filled the stat sheet in other categories, pulling down eight rebounds and handing out five assists.

Boise State’s Brooke Pahukoa made a quick three in the first minute of the game to give the Broncos a 3-0 advantage. That is all they would get as CSU would score 14 unanswered points and take a 16-7 lead after one quarter of play.

CSU kept its foot on the gas pedal and blew the game open in the second quarter, outscoring the Broncos 27-13 to take a 43-20 lead into the intermission. In the quarter, the Rams shot 11 of 15 from the floor and got three 3-pointers in the final 1:48, two from Tvrdy and one from Amanda Kantzy.

The Rams cruised in the second half and scored 40 more points while holding Boise State to 51 points in the entire game.

The Rams also got solid production from their bench. CSU’s bench outscored the Broncos 31-13. Tvrdy led the charge off the bench but the Rams also received six points from Kantzy and four from Callie Kaiser in extended minutes.

“I just came in with a confident attitude,” Tvrdy said. “I knew they would be on shooters like Jamie (Patrick) and I would have a few more open looks.”

For the second time this season, CSU was able to contain Boise’s leading scorer Brooke Pahukoa, limiting her to just five points on 1-of-7 shooting. In the meeting on Jan. 2, CSU held Pahukoa to just four points and zero field goals. Marta Hermida led the Broncos with 12 points, and Shay Shaw recorded a double-double with 11 points and 11 rebounds.

After two games on the road, CSU will return to Moby Arena on Saturday to host UNLV at 2 p.m. A win against the Rebels would give CSU their 19th consecutive win, which would tie a program record set in 1998-1999, when the Rams were led by basketball legend Becky Hammon.