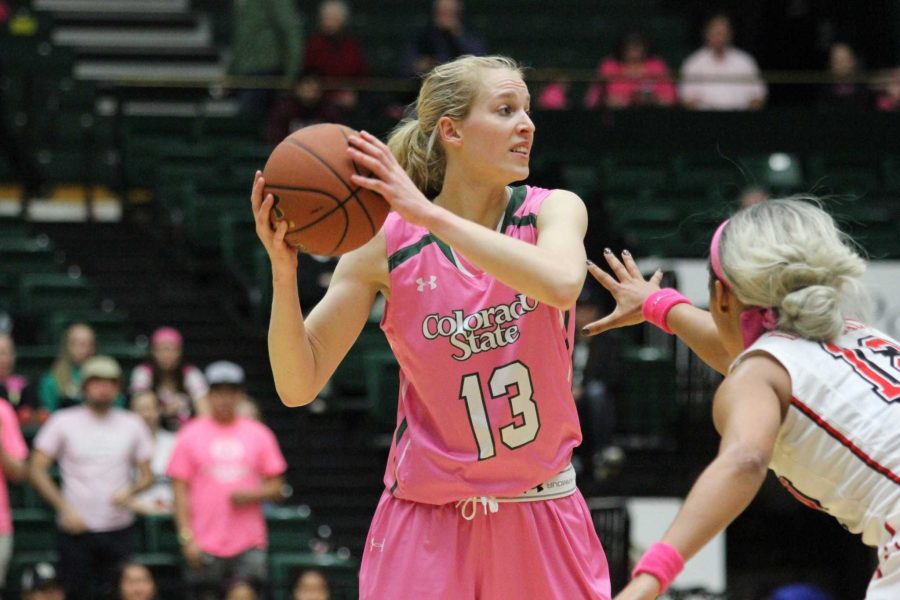 Nothing has been won yet.

Though the CSU women’s hoops team is on a record-breaking win-streak, the Rams know they still have a long way to go before achieving their goals for this season.

After falling as favorites in the quarterfinal of the Mountain West Tournament last year and missing out on the NCAA Tournament as a result, CSU clearly stated its goals from the beginning of the season. Most important among them, return to the MW Tournament and emerge as champions to secure an automatic bid to the Big Dance.

“Obviously, we want to get better,” senior guard Keyora Wharry said. “As far as the win-streak, it’s nice, but its not like a championship or anything. It’s just a win-streak. I mean, it’s a little history, but a championship is a lot better. That’s just our mindset right now.”

A goal the Rams have added since starting out the season 23-1 and 13-0 in the MW is ending undefeated in conference play.

Standing in their way Saturday is Wyoming (12-12, 5-9 MW). Though the Cowgirls’ conference record certainly doesn’t look intimidating, they have a weapon CSU still has to contain in Marquelle Dent. The guard averages 16.8 points per game and a league-best 5.5 assists.

“Joe is a great coach,” Williams said. “I’m sure they’ll make some adjustments. We’ve seen some zone lately. They’ll do things differently, but we’ve seen a lot of different approaches in our 24 games so far. I feel like we’ve seen a lot, and our kids have done a great job of recognizing, getting organized and executing against really whatever has been thrown at them.”

But the Rams are more concerned with not beating themselves. Williams does not want his team to become the least bit satisfied with entering the record books, and to instead keep focus on perpetual improvement.

“Well, we have a lot of season left, so we have to keep improving,” Williams said. “That’s just our charge everyday in practice. If you take your foot off the gas pedal right now, everything that you want and that’s ahead of you can be negated.”

While such a long win-streak might make it seem like the Rams are due for a loss, it has also built some serious momentum for the team. It has been noticed in the past three games especially with how well CSU has shot the 3-ball. The Rams have made at least 12 3-pointers in each of their past three games, going 37-for-71 from deep for a shooting clip of 52 percent.

“Every time you win a game, it gives you extra energy, it gives you extra confidence,” forward Elin Gustavsson said. “I feel like we’re building up. When I pass to Jamie (Patrick), when I pass to my teammates, I trust them. In my mind, I’m like, ‘they’re going to make it,’ even though I go for the rebound. I think it’s all about that, we trust ourselves and we believe we’re going to make it.”

Right now, the Rams also believe they are on the right track toward a third straight conference championship and all their other goals, including completing a season sweep of Wyoming on Saturday.

“We’re still focused up here and have the right mentality,” Gustavsson said.

Tipoff against the Cowgirls is set for 2 p.m. in Laramie in Arena Auditorium.