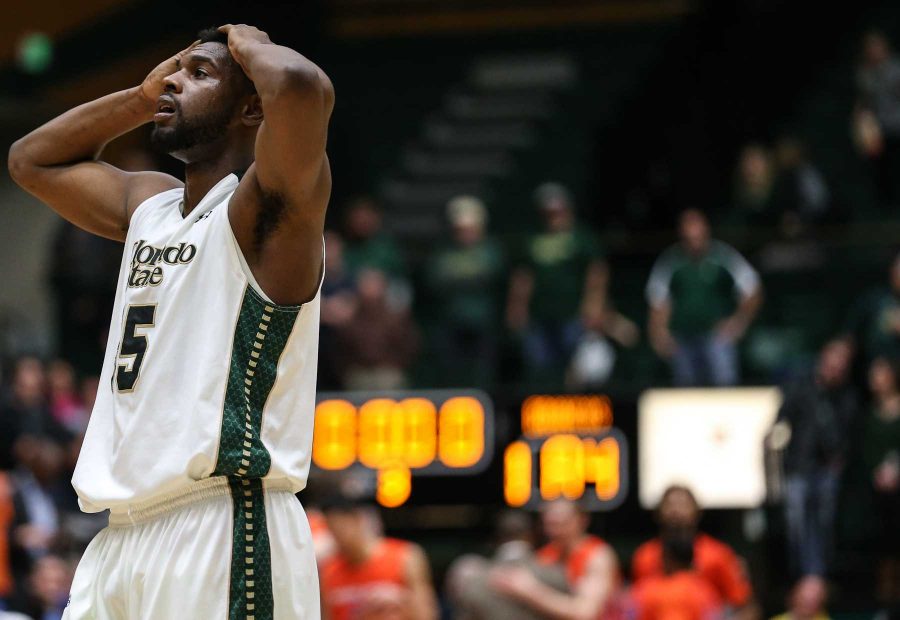 Unfortunately for the Rams, he didn’t have much help.

After a first half in which the Rams hit seven 3-pointers, CSU went cold in the second frame, falling to the Aggies 72-59 at the Dee Glen Smith Spectrum in Logan, Utah.

Led by Chris Smith’s team-high 19 points, Utah State led for most of the first half before pulling away late as CSU went ice cold from the field over the final 15 minutes, hitting just five of its final 26 shots.

Scott finished with 18 points on 7 of 19 shooting, while John Gillon and Emmanuel Omogbo combined for 24 of their own but hit just 7 of 24 attempts. As a whole, CSU shot just 33 percent from the field, and hit only 8 of 31 3-point shots.

The Aggies jumped out on CSU early, leading by as many as 10 in the first half, but the Rams used a 10-0 run midway through the first half to retake the lead, 28-27, with 4:58 to go. Utah State extended its lead back to five with 1:24 to go in the half, but a 3-pointer from Fred Richardson III brought the Rams within two going into the break.

The Rams had plenty of offense in the first frame, shooting 44 percent from the field and 46 percent from behind the arc, but couldn’t slow down Smith, who led the Aggies with 13 first-half points.

CSU played the Aggies evenly for the first five minutes of the second half, twice taking a lead on baskets by Joe De Ciman and Antwan Scott, but Scott’s free throw to give CSU a 45-43 lead with 14:59 to play would be the last lead of the night for the Rams, whose offense simply collapsed over the final three-quarters of the second half.

Utah State slowly grew its two-point lead to six and then eight and a tip-in by Lew Evans with 7:28 to go gave the Aggies their largest lead of the night, 60-49.

The Rams’ offensive struggles continued from there, as the Aggies extended their lead to 13 points and dropped the Rams to 14-12 overall and 6-7 in Mountain West play. The loss, CSU’s third in its last five games, keeps CSU in sixth place in the league standings, but drops the Rams two games behind fifth-place Nevada with five games to play.

CSU faces ninth-place Wyoming Saturday in the second edition of the Border War this season. The Rams have lost four straight to the Cowboys in the series, and Wyoming leads the all-time series 75-70.