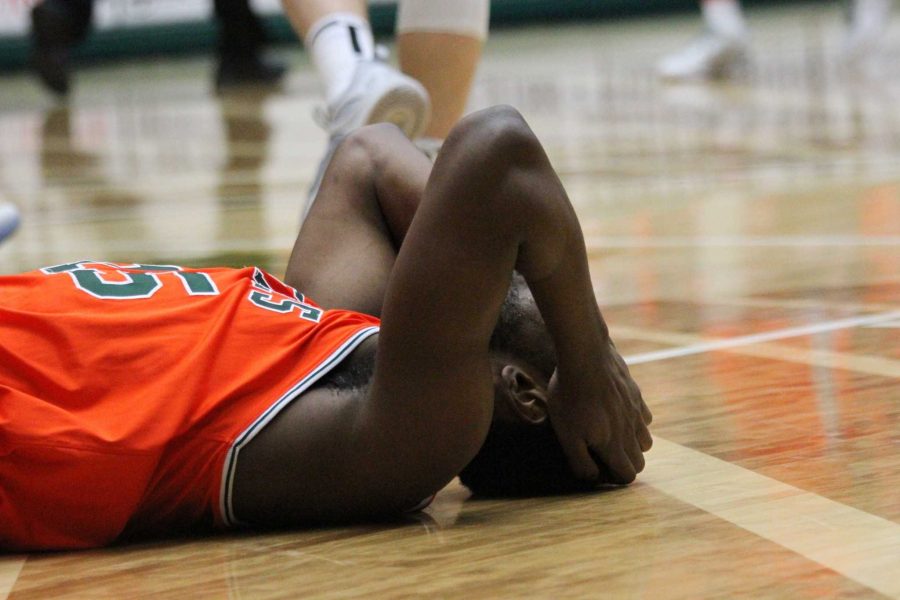 Colorado State didn’t know what hit it Saturday, and before the Rams awoke from their afternoon slumber, they were down 14-0 to rival Wyoming just 5:40 into the game.

CSU played the Cowboys relatively even the rest of the way, but was never able to dig itself out of that early hole, losing 84-66 in front of an orange-clad crowd of 7,067 at Moby Arena. The loss was CSU’s third in a row, and also its fifth in a row to Wyoming, who has had the Rams’ number the last two-plus years.

Wyoming senior guard Josh Adams lit up CSU for the second time this season, nearly tying a career high with 37 points, with 18 of those coming in a first half where the Cowboys as a whole shot 52 percent from the field and connected on 8 of 18 3-pointers.

“It’s hard to beat a team when you’re making 2’s and they’re making 3’s,” CSU center Tiel Daniels said. “Especially when they jumped out on us with a 14-0 lead, we kind of dug ourselves a huge hole and we just couldn’t get out of it and it seemed like every time we’d make a run or get close, they would answer with a couple of threes. We’d get close again and they’d answer with a couple of threes. It’s almost impossible to beat a team when they’re shooting like that.”

The Rams were able to cut the deficit to 14 on a layup by Emmanuel Omogbo with 1:05 to play, but then squandered consecutive opportunities with a turnover by Omogbo and a missed jumper by Prentiss Nixon in the final minute of the half.

Wyoming stretched its lead back to 18 points early in the second half on a layup by Jason McManamen, but CSU would cut the deficit down to single digits on a 3-pointer by Omogbo with 13:40 to go. McManamen would quickly answer with a trey of his own, extending Wyoming’s lead back to 12. CSU would get no closer than 11 points the rest of the way, as Adams and Co. handed the Rams their first double-digit loss in conference play, and just their second this season.

Colorado State had one of its best rebounding games of the season, outrebounding the Cowboys 45-31, including a 20-1 advantage on the offensive glass. The Rams couldn’t capitalize though, coming away with just 12 second-chance points.

The loss drops CSU to 14-13 overall and 6-8 in Mountain West play, and the Rams are now 3-5 against Wyoming under Larry Eustachy after beating the Cowboys twice in the 2012-13 season and once during the 2013-14 campaign.

“I don’t know if they drink some Michael Jordan ‘Space Jam’ water before the game or what,” Daniels said of the Cowboys’ recent dominance. “When it’s us, they come to play. They always hit shots, they always hit threes, I honestly just cannot explain it. We’ve got a target on our back, and I guess that’s what they see. They came in and they handled us pretty good.”

Junior guard John Gillon led CSU with 17 points on 4-for-12 shooting, while Omogbo and Daniels each pitched in double-doubles, with Omogbo notching 13 points and 11 rebounds while Daniels added 12 points and 11 boards.