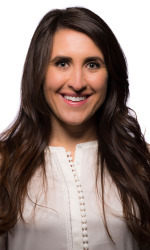 The Colorado State volleyball team has added Emily Hiza to its staff to help fill the place of assistant coach Brook Coulter who will be leaving the program in February.

Hiza will work primarily with the Rams on their defense and passing. The 28-year-old comes to CSU by way of Oregon State, where she worked as a volunteer assistant in 2011 before becoming a full-time assistant coach in 2012. She was named to the 2015 AVCA Thirty Under 30 list, which is meant to honor 30 of the best up-and-coming collegiate volleyball coaches in the country at any level.

“She is from Colorado and wants to work for the Rams, which is a real positive for us,” CSU head coach Tom Hilbert said in a release. “She’s an experienced recruiter in the Pac-12 and she’s an experienced collegiate libero, so she perfectly fits our needs. I appreciate her energetic and innovative approach to coaching, and I’m looking forward to what she’ll bring to CSU.”

In her own playing days, Hiza was a four-time Rocky Mountain News and Denver Post all-state, all-region, all-district and all-conference selection. The Colorado native lead Swink High School to a Colorado Class 2A state championship in 2001. In her collegiate career, Hiza served as a four-year team captain at Iowa from 2005-2008. She finished second all-time amongst Hawkeyes in digs (1,929) and 12th in service aces (97).

“I couldn’t be more excited about this new adventure at Colorado State,” Hiza said in the release. “I grew up a Rams fan and my family all attended CSU. Tom has done a tremendous job building a powerhouse program and I can’t wait to learn from him while helping the program contend for a national championship.”

The Rams will be graduate star libero Jaime Colaizzi, who ranks second all-time in digs at CSU, before the start of next season.