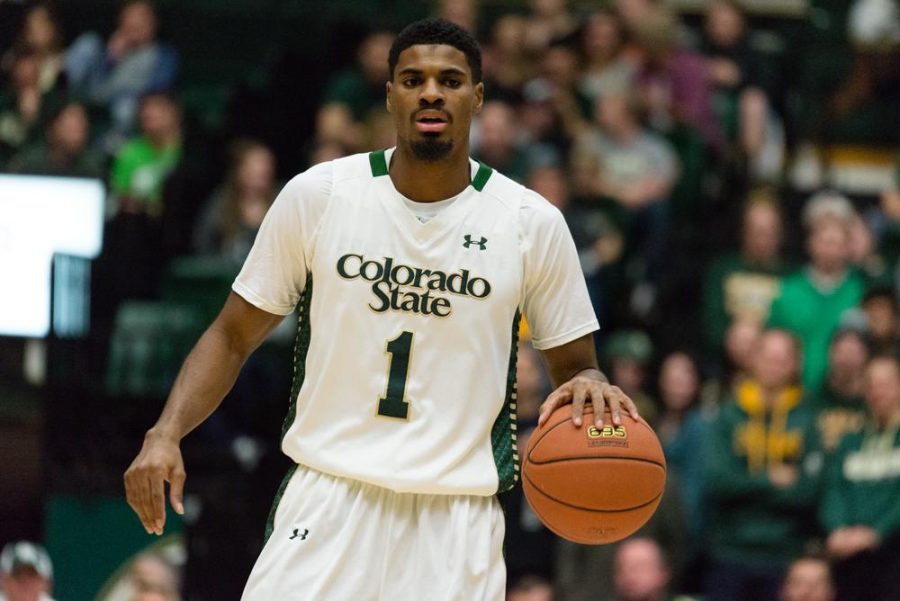 If you lived under a rock during winter break and didn’t stay up to date on Colorado State sports, and basketball in particular, there’s a lot you might have missed.

From the final day of finals week (Dec. 19) to now, the Rams have played in eight games, lost their leading scorer for the season and seen the development of a pair of up-and-coming freshmen.

Let’s start from the top.

Between the Rams’ brutally ugly loss to in-state rival Northern Colorado on Dec. 13 and their matchup with Kansas State on Dec. 19, CSU announced that leading scorer Gian Clavell would miss the rest of the season with a fractured hand, as well as a shoulder injury that had hampered him for almost a year. It was a brutal blow to the Rams, or so everyone thought.

Without Clavell, the severely underhanded Rams nearly knocked off a solid Kansas State team in Wichita, and for the first time all season, showed some fight on the defensive end after giving up 80-plus points in its four of its past five games. The loss, however, was the Rams’ fifth in a row against a Division I team, and after starting 5-0, CSU limped into conference play at 8-5.

CSU opened Mountain West play at defending regular season champion Boise State, not a game anyone who had seen these two teams played circled as much of a matchup. Boise State flexed its collective muscles in the first half, jumping out to a 14-point halftime lead, but the Rams bowed their necks and fought back into the game, only to fall short 84-80.

CSU stole a pair of wins against UNLV and perennial bottom-feeder San Jose State, winning both games after trailing in the final minute. The win over San Jose State, who is 2-39 all time in Mountain West play, wasn’t particularly impressive, but the win over UNLV was a good confidence booster for a team who sorely needed one.

The Rams have fallen on hard times recently though, dropping very winnable, consecutive home games against San Diego State and Utah State, in which they had chances to tie or take the lead in the final minute of both games.

Despite their 10-8 record, including a 2-3 mark in Mountain West play, CSU has seen some positives, including the play of freshmen Prentiss Nixon and Jeremiah Paige, who have stepped in to fill some of the scoring void left by Clavell.

Though they’re only averaging a combined eight points per game in conference play, but against UNLV, Nixon notched 11 points, and Paige hit a crucial layup with 11 seconds to go to put CSU up two.

Against San Jose State, it was Paige who scored the Rams’ final bucket to send the game to overtime and then junior guard John Gillon closed the game with a layup to keep the Spartans winless in Mountain West play.

CSU now faces a key three-game stretch where the Rams will face Air Force, Wyoming and San Jose State, three teams projected to finish near the bottom of the league. If CSU can win all three of those games, two of which are on the road, it will get CSU back above .500 ahead of a rough four-game stretch that includes Boise State, UNLV and San Diego State.