Staff picks: CSU vs. Nevada in the Arizona Bowl 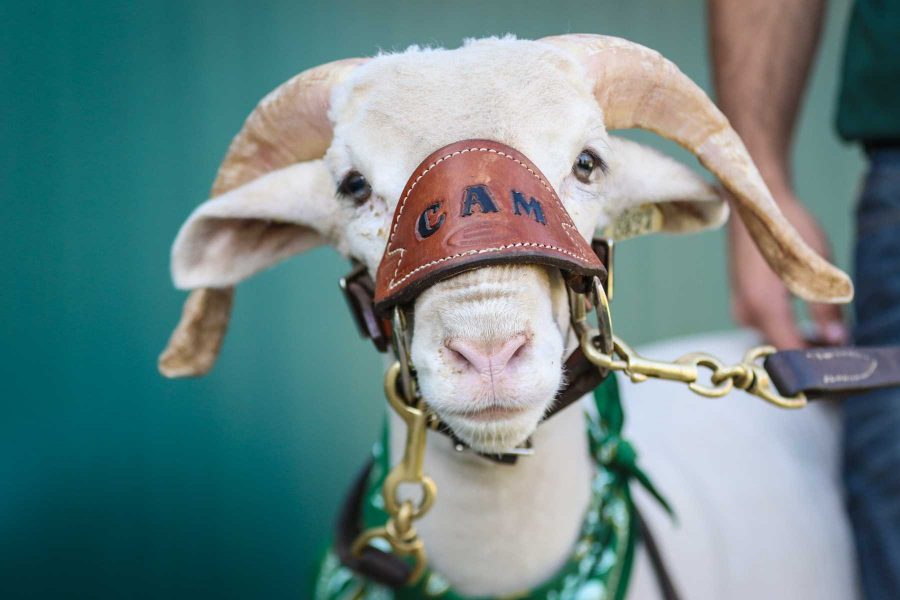 Members of the Collegian sports staff give their predictions for the Arizona Bowl.

Prediction: It’s hard to get excited about a Mountain West consolation game, but the Rams are going bowling for a third straight year, and it’s not like I’m going to NOT watch. It’s not so much that I mind the Rams having to play another Mountain West team, or that said team happens to barely even be bowl eligible at 6-6, but rather the fact that one of those six losses came at the hands of Wyoming. How the hell do you lose to Wyoming? But if it wasn’t for that one loss, the Wolf Pack could easily be favored against the Rams. They played good competition prior to Mountain West play and barring the Wyoming embarrassment, Nevada has held its own against some of the best teams in the conference. I expect the Rams to stumble out of the gate just a bit before regaining their footing and taking control of the game, ultimately holding off a late push by the Wolf Pack.

Prediction: What’s the coolest thing about this bowl game? Each player from both teams gets a custom-fit pair of cowboy boots. Now who doesn’t want that for a Tuesday night at Sundance?

But back to the game. There’s still a lot of pride left to play for in this game, especially for CSU. The Rams are guaranteed a winning season, but who doesn’t want to be 8-5 instead of 7-6. Missing senior safety Trent Matthews will hurt the Rams, but Nick Januska and Jake Schlager are very capable backups. The Wolf Pack’s run game have two running backs who have each surpassed 1,000 yards this season, but don’t have much of a threat in the passing game with Tyler Stewart at the helm. Nevada has some good wins this season (New Mexico and San Jose State), but also lost to two of the worst teams in the Mountain West (Wyoming and UNLV). If CSU’s run defense shows up to play, the Rams will roll to an easy victory over the Pack. Merry Christmas and happy finals week, folks. May the odds be ever in your favor.

Prediction: The Rams are going to be fired up that they got stuck playing Nevada. Not to say the Wolf Pack isn’t just as disappointed to be playing a team in its own conference, but CSU is a better football team, one that deserved just a little bit better bowl experience. Sure, Nevada played some solid teams Power-5 teams early in their schedule. But they got pummeled in both games. The Rams were a single mistake away from snagging a win over a decent Big 10 team early in the year in Minnesota. CSU feels like it has more to prove right now than Nevada, which is riding a two-game losing streak. With wins in their last four games of the season, the Rams will look confident and execute Mike Bobo’s rushing scheme behind a pissed-off offensive line for enough points to win.

Prediction: If an in-conference bowl game doesn’t get you jazzed to watch some football I don’t know what will (Sarcasm)! Yes, this game is a glorified exhibition match, but, pride is on the line for both teams to finish off the season on a high note. I think a couple weeks off to rest and scheme will be huge for Mike Bobo’s Rams. Feel free to call me crazy, I see the Rams offense firing on all cylinders in Tucson. Plus, it is likely that this will be Rashard Higgins’ final game as a Ram. Look for him to have a “Hollywood”-esque game and ride off into the sunset that is the NFL.

Prediction: It kind of sucks that CSU is playing another Mountain West opponent for its bowl. Nevada is a respectable football team but Colorado State is riding a 4-game winning streak and is in much better shape to win this game. For the third year in a row, the Rams go to a bowl. That’s impressive, especially for first year coach Mike Bobo continuing the bowl trend. It sure looked dark at the beginning of the year with close, crushing losses to Minnesota and Colorado, and then blow outs against Boise State and Utah State. The team appeared to be struggling to find its image, but to win five of the last six games and finish 7-5 on the season just shows the strong will of the team and the great leadership by coach Bobo. Quite a rebound! The Rams will win this game because players remember last year’s embarrassing bowl loss to Utah. Plus, Nevada lost to Wyoming… WYOMING! C’mon, man! CSU will bask in the Arizona sun and finish the year off in style.

Prediction: Please don’t leave us Hollywood; you’re our only hope. The Rams are more than just Rashard Higgins, but it would be a real tragedy if one of the greatest players to ever wear the horned helmet ended his career in such a joke of a bowl game. This is actually going to happen, two Mountain West teams will play each other in a bowl game. This would have been great for the MW if it had been in the College Football Playoff, but it’s not the CFP. It’s the NOVA Home Loans Arizona Bowl. CSU and Nevada both got the shortest possible end of the stick here and were jipped out of the true bowl game experience both sides deserved.

With that being said, it should be a pretty good game. The Wolf Pack like to run the ball, and CSU has struggled often to stop the run. It makes for an interesting matchup. The Rams’ offense should move the ball pretty easily and I expect to see a big finale from Higgins. Barring they come out flat, the Rams should win.

Prediction: The fact that CSU has to play Nevada is a joke. Mountain West commissioner Craig Thompson dropped the ball on this one, but the game is still a tremendous opportunity for CSU to grow as a program. It would have been nice to receive a more glamorous matchup, but in reality the opponent does not matter. Bowl games give programs an opportunity to practice for an extra month at the end of the season, and that is what matters. As far as the game goes, CSU has some serious momentum after winning four-straight to close the season. Expect the Colorado State running game to be the difference in this one. With how well the offensive line has been playing, the Rams offense should have an explosive game.

Collegian Sports Desk can be reached by email at sports@collegian.com and on Twitter @RMCollegianSpts.