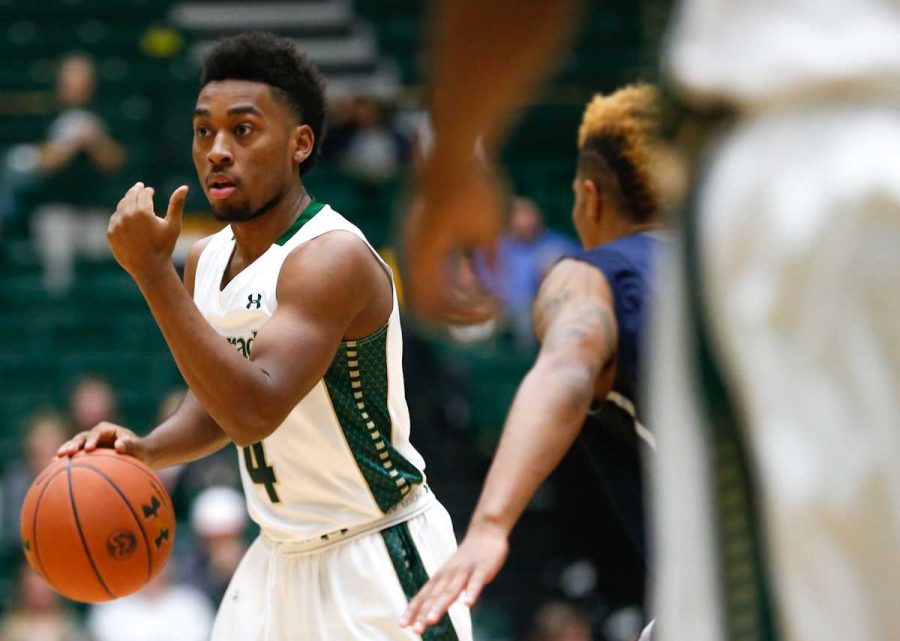 GREELEY — Sluggish start. Then come roaring back. Then repeat.

That seemed to be Colorado State’s recipe for success this season. The Rams finally burned themselves with it Sunday, though.

After falling behind by as many as 12 in the first half to in-state rival Northern Colorado, the Rams fought back in the second half, but couldn’t knock off a pesky Bears team, falling 73-64 at Bank of Colorado Arena in Greeley.

CSU, who fell to 6-4 with the loss, became the first Rams team to lose to the Bears since 2009. On the night, CSU shot just 39 percent, and hit only seven of its 23 3-point attempts. On the other side, the Bears shot 50 percent from the floor and made eight 3-pointers. The Rams were outrebounded by UNC 41-34, marking the second time in three games that CSU has been beaten on the boards.

“We’re just getting away from the base of this program,” said senior guard Joe De Ciman, who was the only CSU player made available to the media for the second game in a row. “One thing, when you come here there’s no secrets. You’ve got to put in the work, you’ve got to stop people and you’ve got to rebound. Along the way, we’re just getting lost with that even though it’s what we do every day at practice. It’s tough now, but if we don’t make changes it could be a long season.”

Following a less-than-impressive defensive showing in a 97-72 win over Division II Arkansas-Fort Smith in which CSU trailed early in the first half, the Rams couldn’t slow down Northern Colorado guard Dallas Anglin in the first 20 minutes. Anglin, a transfer from Southern Mississippi who was required to sit out the first semester of this season due to NCAA transfer rules, knocked down five of seven shots from the field, including all three of his 3-point attempts on his way to 16 first-half points.

As a team, the Bears shot 56 percent from the field in the first half, while hitting six of 12 3-pointers and outrebounding CSU 15-13.

UNC stretched its lead to six, 59-53,with 6:03 to go on a 3-pointer by junior guard Jordan Wilson, who came into the game as the Bears’ second-leading scorer at 14.4 points per game.

A 3-pointer by Antwan Scott cut the UNC lead to 59-57 with 4:32 to go, but Wilson responded on the other end with two consecutive baskets, extending the lead back to six with 2:54 to go. Wilson scored a game-high 20 points, including 11 of the UNC’s last 14 points.

The Rams would get no closer than three though, falling for the fourth time in five games after starting the season 5-0.

“We’re giving up 90 points per game, and I’ve never had a team in my life do that,” CSU head coach Larry Eustachy said. “They’re simply not doing what they’re being told to do. I’ve had teams like this, and we’ve been able to turn it around. … There’s a reason why we’re losing. It’s because we’re giving up 90 points a game and getting outrebounded. It’s as simple as that. It’s really simple. Until we start doing those things, with players that are capable of doing them, then it will not turn around.”

Gian Clavell led the Rams with 18 points, while Antwan Scott added 13 off the bench.

CSU will face Kansas State Saturday in Wichita, Kansas as part of a two-year contract between the teams that will have a return game at the Pepsi Center is Denver next season. Saturday’s game tips off at 2 p.m. and can be seen on ESPN3.com or the WatchESPN app.