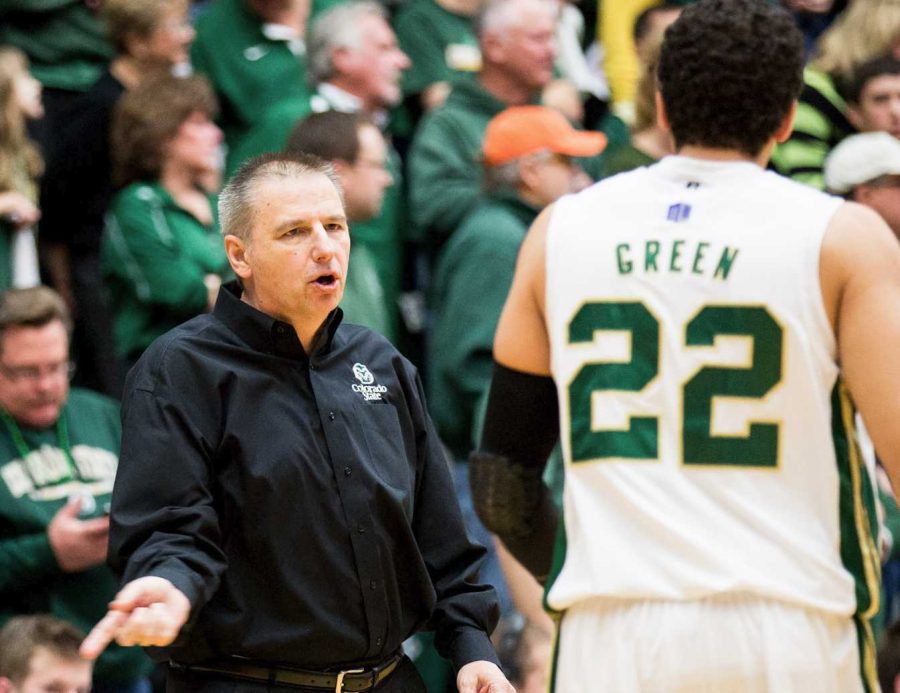 Colorado State head coach Larry Eustachy is entering his 25th season as an NCAA head coach. Surely, some exceptional players have passed through his programs. He mentioned one of them last week when asked about current CSU guard John Gillon.

“I’ve had one guy that could really go by people, and he ended up being a first-round draft choice,” Eustachy said. “Next to Jamaal Tinsley, I haven’t had a guy that can really get to the rim the way (John Gillon) can get to it.”

Jamaal Tinsley! It got us thinking: who are the very best to have played for Eustachy over the last two and a half decades?

Obviously, the answers are subjective. Our criteria consisted of collegiate success, professional accomplishments and overall basketball skill. Please note that this is not strictly based on performance while at CSU – if that were the case, Dorian Green would have topped the list.

Here’s what we came up with:

Not many players are impactful enough for Eustachy to essentially reconstruct his offense around them. “Colt-45” was an exception. The 7-foot center anchored the Rams in Eustachy’s first year as head coach, when they earned a No. 8 seed and defeated a Missouri team starring Phil Pressey in the NCAA Tournament. In Iverson’s only year at CSU, the school cracked the top-25 rankings for the first time since 1954. His lone season as a Ram earned him Mountain West Newcomer of the Year, as well as first-team All-MW and honorable mention All-American honors. Iverson heard his name called in the second round of the 2013 NBA Draft.

Vroman’s played one year under Eustachy and later went on to be a second round NBA draft pick. After Eustachy left ISU, Vroman led the Big 12 in rebounding the next season. After being drafted in 2004, Vroman played two seasons in the NBA before continuing his career internationally. He was also a naturalized Lebanese citizen and played for the national team. In 2009, he led club team Mahram Tehran to a title in the FIBA Asia Champions Cup, and was named MVP for his performance. Vroman tragically died at the age of 34 in an accidental drowning in the swimming pool at his Los Angeles home June 29.

The No. 4 overall pick in the 2000 draft, Fizer played under Eustachy for two years after Tim Floyd, the previous ISU coach and a good friend of Eustachy’s, left to take the coaching job with the Chicago Bulls. A torn ACL in 2003 severely stunted Fizer’s effectiveness at the professional level. He was named MVP of the NBA Developmental League in 2006 and went on to play for some of the top club teams in Euroleague. In his junior year at Iowa State, he was named Big 12 Conference Player of the Year and Big 12 Tournament Most Outstanding Player and was a consensus All-American. That same year, ISU won the Big 12 regular season and tournament titles, and reached the Elite Eight.

Eustachy got his head coaching start at Idaho, and much of his success there can be attributed in part to Lightfoot, who ranks as the all-time leading scorer in Big Sky history (2,201 career points at Idaho). The 6-foot-7-inch shooting guard dropped 50 points in a game against Gonzaga Dec. 21, 1993. He was named Big Sky Conference Player of the Year and was named first-team All-Big Sky three times. Lightfoot was also a two-time Sports Illustrated National Player of the Week. Despite going undrafted in 1994, he played professionally for over a decade. Lightfoot won the Three-Point Competition at the Swedish Basketligan All-Star game in 2006.

Another first round pick (No. 27 overall in 2007) and the man who inspired this list, Tinsley is probably the most recognized name to have played for Eustachy. As a senior at ISU, he earned Big 12 Conference Player of the year and was a Second Team All-American selection. In his final year of college, he also led ISU to a second consecutive Big 12 Conference title, as well as a No. 2 seed in the NCAA Tournament. After getting drafted in the first round, Tinsley played in the NBA for over a decade. In 2004, he started all 16 games in the postseason for the Indiana Pacers in 2004 when the team advanced to the Eastern Conference Championship.