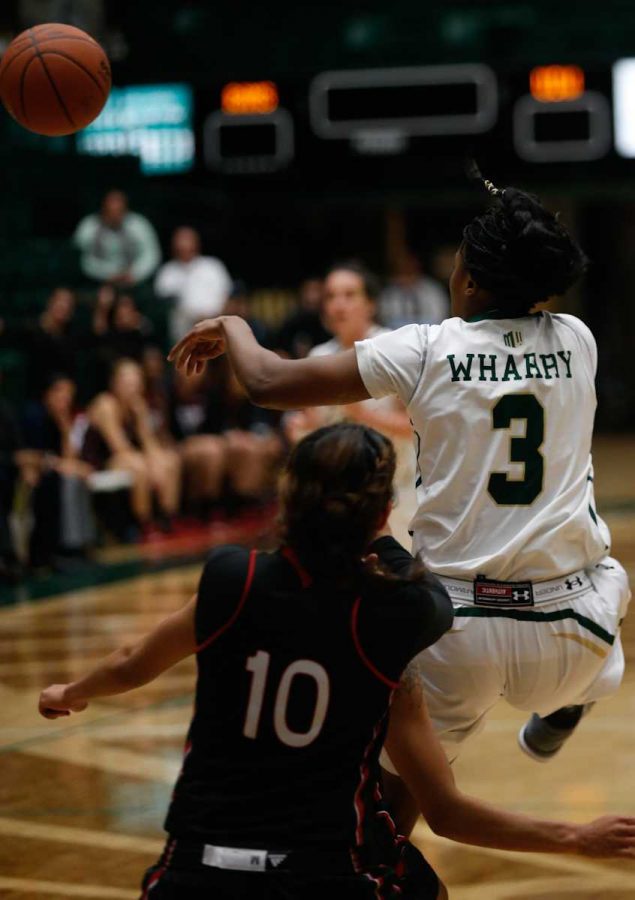 The Rams were crowned champions of the Navy Classic after beating Navy in double-overtime of a back-and-forth affair just the day after beating Morgan State in the opening round. In doing so, the Colorado State women’s basketball team notched the 600th win in program history.

Though tournament’s are generally played in neutral locations, Navy hosted the tournament on their own court in Annapolis, Maryland, so the championship was actually a home contest for the team.

“It was a great road test for us. It was a true road game,” CSU head coach Ryun Williams said. “You could definitely feel it late game, their crowd was really good. They rode that momentum wave for a long time.”

Navy came out hot, scoring 22 points and hitting 64.3 percent of its shots in the first quarter.

“They were spectacular that first half,” Williams said of Navy. “They made tough shots, they made some contested threes.”

The Rams buckled down defensively and eventually gained the lead in the second half, outscoring Navy 21-10 in the third quarter.

“We changed up our ball-screen defense and traps and things, and that got us going,” Williams said. “We wound ourselves up through our defense.”

Up 60-51 with 4:35 left to play, it looked like CSU had the game wrapped up, but Navy made one final push. Hannah Tvrdy turned the ball over with five seconds remaining and a two-point lead. Ellen Nystrom fouled Navy’s Sarita Condie, who hit both free throws to send the game into overtime.

“Our last 55 seconds, everything that could go wrong did,” Williams said.

Taylor Dunham led Navy with 28 points, while Condie finished with 18.

CSU was led in scoring by Nystrom who finished with 17 points, as well as five rebounds and six assists after playing all 50 minutes. Keyora Wharry had 14 points and six rebounds, while Elin Gustavsson posted a double-double with 10 points and 13 rebounds.

The Rams had a chance to win in overtime after getting the ball back with 15 seconds remaining, but they were unable to get a shot off on the final possession.

Wharry got the scoring started for CSU in double-overtime. The Rams would outscore the Midshipmen women 15-6 in the second overtime period to finally come away with the win.

“I’m just proud,” Williams said. “We could have lost that game, but our kids hung in there.”

Nystrom and Wharry were both named to the All-Tournament team for their performances against Navy, and on Friday against Morgan State. Nystrom averaged 12.5 points, 5.5 assists, 7.5 rebounds, 1.5 blocks and 3.5 steals per game. Wharry averaged 12 points, six rebounds and 2.5 steals per game in the tournament.

The Rams take on their in-state rival Colorado on Wednesday at 7 p.m. in Moby Arena.