No room for error anymore on the gridiron 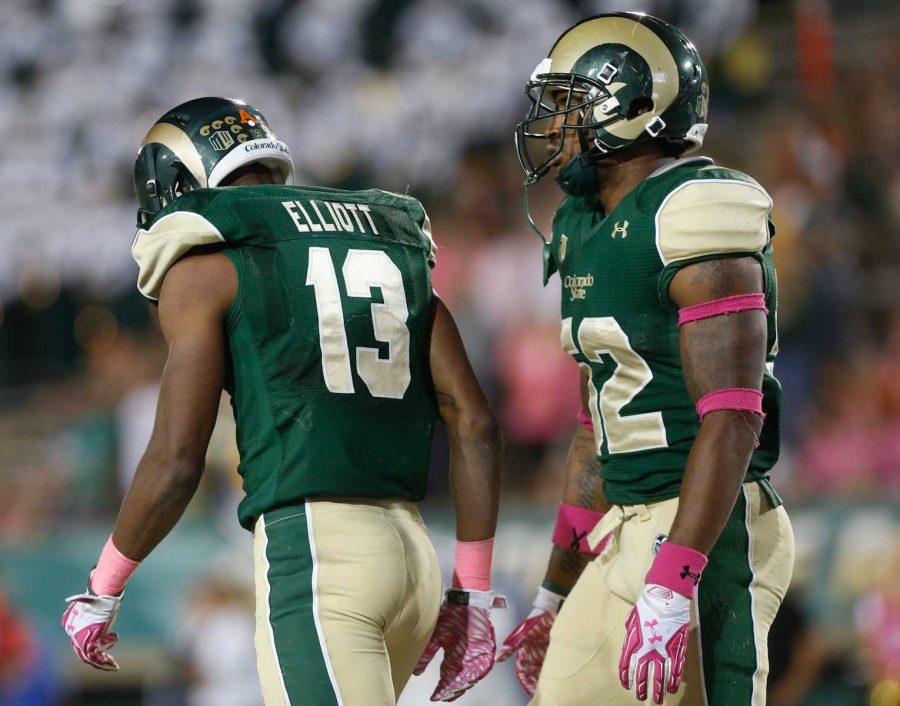 The Colorado State football team (3-5, 1-3 Mountain West) has little room for error entering the Border War Saturday against Wyoming (1-8, 1-4 MW) and for the rest of the season.

To achieve bowl eligibility, the Rams must win at least three of their final four games, three of which will be against teams with records worse than CSU’s currently.

Winning three of the four would be nice, but what the team really wants to do is win-out.

“I think we have a high chance of winning the rest of our games,” senior safety Kevin Pierre-Louis said. “The bowl game matters to us but not really right now, we just want to get Coach Bobo a winning season his first year and win these games.”

If the team is going to accomplish this, they will have to find some way to fix their rampant turnover issues. Head coach Mike Bobo hasn’t been a part of an offense with this many turnovers before and has addressed the issue several times throughout the season.

“I think we’re next to last, or two from the bottom (in turnover margin), and then you look at the records there of the teams that have turned the ball over. We’ve turned it over 22 times, I think we’ve gotten eight (takeaways) so we’ve turned it over way too many times … that’s where we are,” Bobo said. “I’m serious, we’re going to find a way not to turn the ball over this week.”

The task is far easier said than done. College football can be as unpredictable as any sport.

“Any given Saturday anything could happen, that’s why we’ve just got to prepare throughout the week and go into the game confident knowing you are going to leave everything on the field,” Pierre-Louis said.

For a lot of the seniors on the team, playing with effort and leaving everything on the field has become what the game is all about.

“If you fail, you fail because you didn’t try and I think what we did in the past years to change (the direction of the season) was we always kept going and that’s one of the key ingredients we’re going to have to do for this year,” senior safety Trent Matthews said. “At the end of the day we’ve still got a lot to play for and I think that’s what I have to do as a leader is to encourage everyone else and tell everyone that it’s not over until it’s really over.”

“I think there’s a lot to play for and at the end of the day we just like playing football as a team … we’re all here because we like to play football and we will have fun doing it,” Hansley said.

For the Rams, the next stop is a familiar and very important one. They will need Saturday to be the turning point for their season. But, just because the game comes against a team that has only won one of nine games, does not make it a layup. As Pierre-Louis mentioned, anything can happen on any given Saturday.

“I think they can beat anybody they play and we better respect that when we go to Wyoming, they can embarrass us if we’re not ready to play,” Bobo said.

Collegian Football Reporter Geoff Huebner can be reached at sports@collegian.com and on Twitter @huebnermedia93.