In Their Words: Rams come out of Senior Day with 49-35 win over UNLV 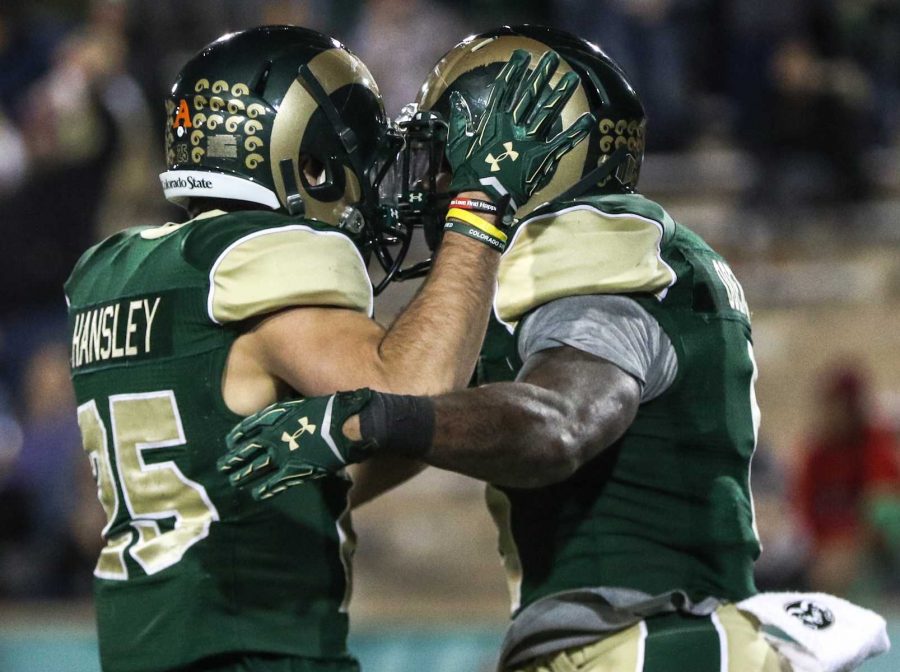 The Colorado State Rams (5-5, 3-3 Mountain West) came out of Senior Day victorious for the fourth year in a row, defeating UNLV 49-35 at Hughes Stadium.

For this year’s 26 seniors and the rest of the Colorado State team, the win was just what they needed to keep momentum rolling in their quest to reach a bowl game and win out. Here is what some of the seniors and other players for the Rams had to say after the win.

A big factor in the win for the Rams was their ability to find explosive plays, something that the team has been lacking for much of the season. The Rams were able to find these plays on the ground and through the air.

“Our passing game is based a lot on play action, so when you have that many yards rushing, linebackers and the secondary have no choice but to try to come up and support for the run, so that really opens up the windows,” quarterback Nick Stevens said.

Sophomore running back Dalyn Dawkins was a big part of the ground attack for the Rams, finishing with 19 carries for 151 yards and a 3-yard touchdown reception.

Stevens and Higgins in sync

Complementing the heavy run-game from the Rams on Saturday was a good game from Stevens and his receivers, especially star wideout Rashard Higgins. Higgins finished the day with 7 receptions for 102 yards and three touchdowns – a true “Hollywood” performance.

Stevens assessed his own play in Saturday’s contest.

“He was spot on, he was on fire all night,” Cartwright said. “He made all of the right calls and right passes, it was really encouraging to see him play to his potential like that.”

“He was great man, it just goes back to practice,” Higgins said. “He practices how he plays so I get on him after practice when he’s made a bad throw and we run those one’s over. I make him do it over again and practice makes perfect and he looked perfect today.”

The star receiver also commented on the night he had.

“I just believe I caught everything that came to me, when the ball is in the air it’s mine and that’s just the mindset that I have,” Higgins said.

Senior Day was not all smooth sailing for the Rams, though. UNLV’s balanced offensive attack did give the Rams some troubles, the Rebels were able to move the ball all night and put up 35 points on the board.

“UNLV did a good job of scheming us but once we got down to it and executed the ‘X’s’ and ‘O’s’ we did better and handled the adversity, being able to do that was a big factor in the game,” senior safety Trent Matthews said.

“UNLV has some good players at different positions,” Clyburn said. “Running backs, receivers, and quarterbacks – both first and second string – that can get it done and that really just helps them throw different looks at you.”

All together the win was what the Rams needed on Senior Day and gave them consecutive wins for the first time this season – for Matthews – the victory was as sweet as ice cream.

“Nothing’s better, it’s like going and getting ice cream, I just feel happy, man, I’m excited for not only myself and the seniors, but for this team too.”