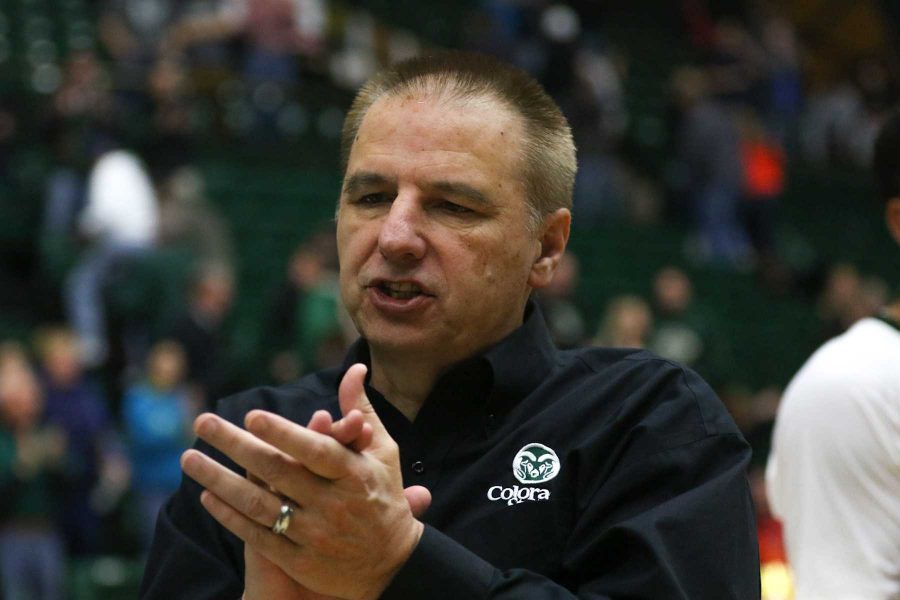 Wednesday was the first day high school seniors could sign their national letters of intent to play college sports, and the CSU basketball teams starting reloading their rosters for the 2016 season. Here’s a breakdown of who signed with the Rams Wednesday.

Butler is the Rams’ first commitment of the 2016 class, which could turn out to be a large one with five seniors graduating after this season.

Butler’s coach at Hill is Swede Trinkle, who played collegiately for Eustachy at Idaho from 1990-92. Butler helped the squad to a 32-4 record last season, while averaging 10.8 points per game. He also averaged 3.9 rebounds and 1.7 assists per contest while shooting 48.4 percent from the field, including 37.5 percent from the three-point line.

“Devocio is big and strong for his position and has a toughness that Coach Trinkle has helped bring out,” Eustachy said in a press release. “Signing him was a no-brainer. He shoots, he dribbles, he makes good decisions. For his coach to say he is the toughest player he has ever coached was good enough for me. He is just a very, very good basketball player.”

This season, through five games, Butler is averaging 12 points, 4.0 rebounds and 2.6 assists per game.

Davis, who was previously committed to New Mexico, is rated as a three-star prospect on ESPN and is ranked as the 61st best forward in the nation. She is a three-time all-conference honoree and has helped lead her team to three-consecutive Pikes Peak Conference titles. “Liah has a very good feel around the rim, has unbelievable hands and is a very good rebounder,” CSU head coach Ryun Williams said in a press release. “Her size and ability to finish inside will give us strong interior play. It is great having one of Colorado’s elite apart of our program.”Tia Hay- 5’8 – Point guard – St. Francis Catholic (CA) High School

Hay, a native of Melbourne, Australia, is also rated as a three-star prospect and the 27th best point guard by ESPN. She is teammates with fellow signee Grace Colaivalu on the JBS club basketball team.”Tia is a natural scorer. I love the intelligence and maturity she plays with as well as her ability to make plays at the rim and from the perimeter,” Williams said.

Grace Colaivalu – 5’9 – Guard – Rosemont (CA) High School Colaivalu led her Rosemont High School team with 18.0 points per game and 7.8 rebounds per game, while also contributing defensively with 4.9 steals per game and 1.2 blocks per game. Her play landed her a spot on the Sacramento Bee’s all-metro team.”Gracie is a very explosive play maker and loves making those around her better,” Williams said. “Gracie is a very good floor general and can flat out pass the ball. She has an unbelievable motor. Her size and versatile skill set will fit in nicely here at CSU.”

Jordyn Edwards – 5’10 – Point guard – Lynnwood (WA) High SchoolEdwards is a three-star prospect and ranked as the 27th best point guard in the nation by ESPN. As a two-sport athlete, Edwards earned all-league honors her sophomore and junior seasons in basketball, helping the team to three-consecutive conference championships and a state title her junior year. “Jordyn is a very dynamic athlete and a proven winner,” Williams said. “We love the fact that Jordyn is a multi-sport state champion and knows what it takes to win. Playing for her father, as well as for one of the most elite club programs in the country, has given Jordyn a great understanding of the game. This young lady will be a game-changer with her elite athleticism.”