Colorado State football seniors sent off with a bang 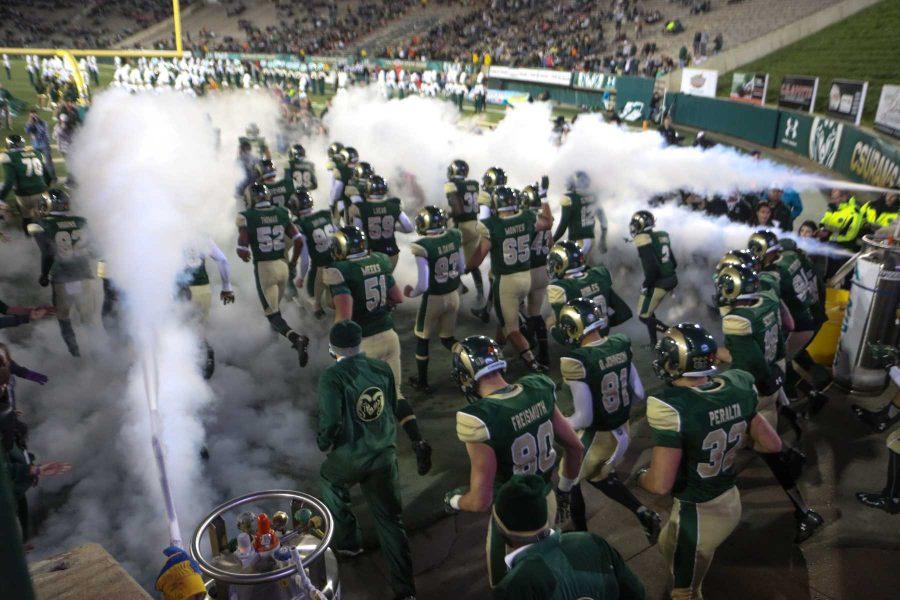 The CSU Army ROTC cannon started Senior Night off with a bang, and the Rams’ seniors kept up the noise.

The seniors made their presence known early in this one. Senior tight end Steven Walker hauled in a pass from Nick Stevens on the first offensive play for the Rams and rumbled down the field for a 69-yard gain. Walker’s catch and run helped set up a Rashard “Hollywood” Higgins touchdown catch two plays later to give the Rams an early 7-0 lead.

The defensive side of the ball is packed with senior leadership, and it showed. The seniors went sack-happy Saturday night, as all four sacks by the CSU defense were by way of a senior. Cory James, SteveO Michel, Joe Kawulok and Martavius Foster, all seniors, each recorded a sack for the Rams. Kawulok also recorded a blocked field goal.

The seniors went out with a bang on the defensive side of the ball, and for senior safety Trent Mathews, every memory at Hughes will undoubtedly last a lifetime and going out with a win is the cherry on top.

“I have so many emotions right now,” Matthews said. “I left so much here, I love this place. It was such an honor to hear my name called and see my mom waiting for me at the end of the tunnel … every memory was always the best memory. I just soaked every memory in. The wins, the losses, the comebacks, the fall downs, all of them. I can say I left it all on the field.”

On the offensive side of the ball, the senior impact was felt just as much.

Senior running back Jasen Oden Jr. had nine rushing attempts for 79 yards and capped off his night with a 17-yard touchdown run, plowing over a UNLV defender as he crossed the goal line.

“Times like this make you reminisce on the days you thought about quitting,” Oden said following the win. “These types of days make you think it’s all worth it. It’s all worth it … I’m just proud of my brothers. I’m proud of the seniors, how we went out.”

Saturday’s game was the first game back for Oden after sitting out last week’s win against Wyoming while nursing a shoulder injury.

Oden shared the end zone Saturday with a fellow senior, and an unlikely one at that. Senior full back Nu’uvali Fa’apito scored his first ever career touchdown in the second quarter to tie the game 14-14, and then added another score for good measure late in the 4th quarter.

When the seniors walked off Sonny Lubick Field for the last time they were serenaded with a final cannon blast, signaling a Rams victory.

Collegian Sports Reporter Chad Deutschman can be reached by email at sports@collegian.com or on Twitter @ChadDeutschman