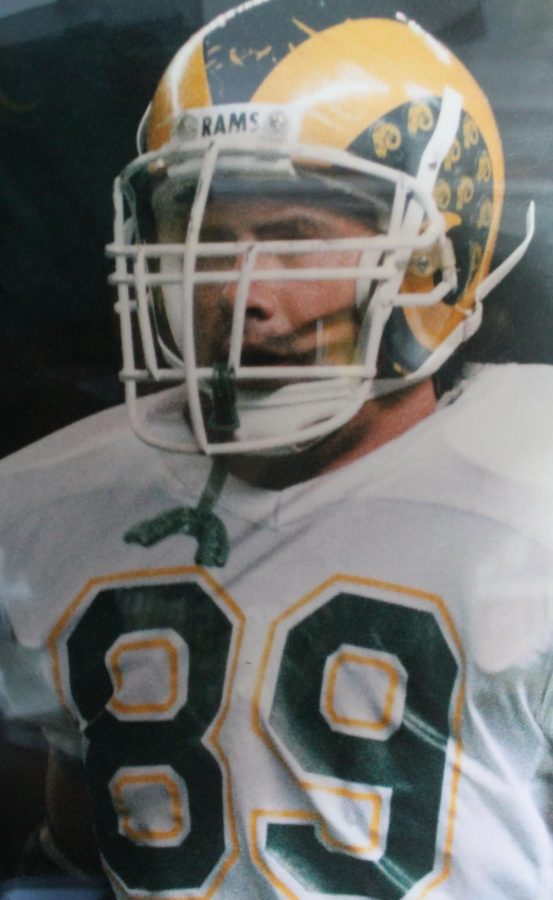 The longest running rivalry west of the Mississippi River continues Saturday in Laramie, Wyoming when the Colorado State Rams head north to take on the Pokes.

Saturday’s game will be the 107th meeting between the teams, but officially it will only be counted as the 106th. Let’s start there:

CSU and Wyoming first played in 1899, with CSU winning 12-0 after the game ended in a forfeit after a rules disagreement. Because NCAA rules do not recognize forfeits, CSU does not count the game. However, Wyoming has chosen to recognize the contest in its series history. After all, how many rivalries can claim to have been played in three different century? Actually, quite a few can – there are 34, including the Border War.

At first, the rivalry wasn’t much of a rivalry at all. CSU held a 27-5-5 advantage in the series when it was put on hold for World War II. According to CSU volunteer historian John Hirn, the game was referred to in newspapers as the “annual beating of Wyoming” during Harry Hughes’ tenure as CSU head coach.

Like many other schools did in the 1940s, CSU disbanded its football program for WWII. After the war was over, both CSU and Wyoming experienced a surge of military veterans able to attend school on the GI Bill, and just like that, the rivalry was reborn.

Once the Border War was resumed, the rivalry really heated up in 1948. After defeating the Cowboys in Laramie, CSU fans tore down the Wyoming goal posts.

1968 was the dawn of a new era for the rivalry when both schools decided to hold a contest for fans to design a trophy to go home with the winning team each year. CSU Army ROTC cadre member Major Vic Fernandez’s idea of a battle-tested combat boot turned into a trophy won. Captain Dan Romero, a CSU ROTC graduate student and instructor, donated the U.S. Army-issued boot he had worn during his tour in the Vietnam War.

The Bronze Boot was presented before the 1968 meeting at the newly constructed Hughes Stadium in Fort Collins. Since the introduction of the trophy, Wyoming holds a 23-24 edge in the Border War.

For the 1978 Border War, CSU coach Sark Alslanian declared the entire team as captains for the pregame coin toss. According to Collegian archives, the team arrived less than half an hour before kickoff and entered through the student section rather than the tunnel. Unaware of every CSU player being a captain, Wyoming players thought the Rams were charging out to attack their captains at midfield. In turn, the Cowboys charged out as well and a brawl ensued.

After the Rams lost 13-3, CSU offensive coordinator Charley Armey followed referee Gene Wurtz through the tunnel and allegedly punched the official, according to Hirn.

The Collegian quoted Armey after the game as saying, “I was just trying to defend my quarterback, then that a**hole over there… I said, ‘well, f*ck you,’ and you can print that.”

Last of the grass

You know that grass section at the north end of Hughes Stadium? It used to be student seating, until the fiasco in 1986. CSU won 20-15, but that was not the story of the game.

Spectator and CSU fan Christopher Kerlin, an accounting major, slipped and fell five feet onto the concrete. He suffered a concussion and an ambulance was brought onto the field to transport him to Poudre Valley Hospital. Frustrated by the delay, students began throwing sod at the ambulance. In the end, only one arrest was made and 15 summons were issued, and the grassy section was no longer made available for seating.

The 1994 game ended awkwardly. No. 14 CSU was about to win 35-24 when excited CSU fans embarrassed themselves by rushing the field prematurely. After all sorts of delays, the whistle eventually blew to signify the end of the game, and CSU fans finally were able to tear down the goal posts. The Rams went on to their first 10-win season and won their first Western Athletic Conference championship.