Around the Mountain West: Men’s hoops teams get mixed results in exhibition play 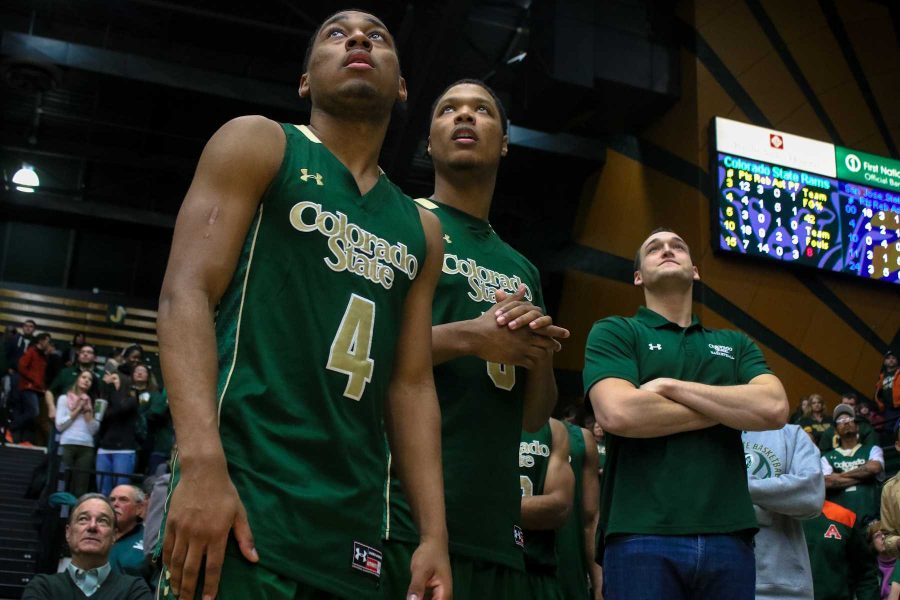 College basketball kicked off this past week, and Mountain West teams made their season debuts in exhibition matchups over the past 10 days. Some teams impressed, while others left their fans depressed. Here’s how all 11 MW teams fared:

Utah StateThe Aggies split their two exhibition games routing Oklahoma Panhandle State before being blown out by Division II Cal State-Monterey Bay. Poor shooting cost the Aggies against Cal State-Monterey Bay, who dominated USU 77-60 at the Dee Glen Smith Spectrum. Sophomore David Collette had 22 points, but Utah State shot 33 percent from the field and 4 of 22 from behind the 3-point line. Next up: at Weber State Nov. 13

Adams’ game-high 18 points came on 5-of-12 from the field and 8-of-10 at the free-throw line, as he added four rebounds and three steals in 23 minutes. However, he not play the majority of the second half. Redshirt sophomore guard Trey Washington III added 10 points, four rebounds, four assists and three steals.Next up: Exhibition vs. Bristol University Nov. 13

New MexicoCullen Neal’s 2015-16 season opened with some good, but also some very bad in two exhibition wins for New Mexico over Division II CSU-Pueblo and Rodgers State. In the Lobos’ 96-84 win over CSU-Pueblo, Neal tallied a game-high 33 points and seven assists, but also turned the ball over eight times. Samford transfer Tim Williams added 15 points and four rebounds. Neal had a similar performance against Rodgers State, scoring 20 points and dishing out four assists, but he gave the ball away four times.Next up: vs. Texas Southern Nov. 13

Fresno StateFresno State, one of the possible sleeper teams in the Mountain West this season, dominated Division II Dominican 77-55. Karachi Edo led four players in double-figures with 14 points and seven rebounds.Next Up: Nov. 13 vs. Pepperdine Colorado State After a slow start that CSU fall behind in the first half, the Rams ran away with an 89-65 win over Division II Colorado State-Pueblo Saturday night in Fort Collins. Gian Clavell scored 18 of his game-high 21 points in the first half, and junior college transfer Emmanuel Omogbo added 16 points and seven rebounds. Next up: at Northern Iowa Nov. 13

Air ForceGuard Zach Kocur scored 19 points and Trevor Lyons added 18 to lead Air Force past Division II Colorado Christian 96-83 Friday night in Colorado Springs. The Falcons led from start to finish, by as many as 22 early in the second half, and shot 50.8 percent from the field.Next Up: at Southern Illinois Nov. 13

NevadaThe Wolf Pack routed both Domincan and Alaska-Fairbanks in two exhibition matchups in Reno. Freshman Cameron Oliver led Nevada in the win over UAF with 19 points and eight rebounds. Senior Tyron Criswell led the Wolf Pack with 18 points in 22 minutes off the bench against Dominican.Next Up: vs. Coastal Carolina in Honolulu, Hawaii

Collegian Senior Sports Editor Keegan Pope can be reached at kpope@collegian.com and on Twitter @ByKeeganPope.