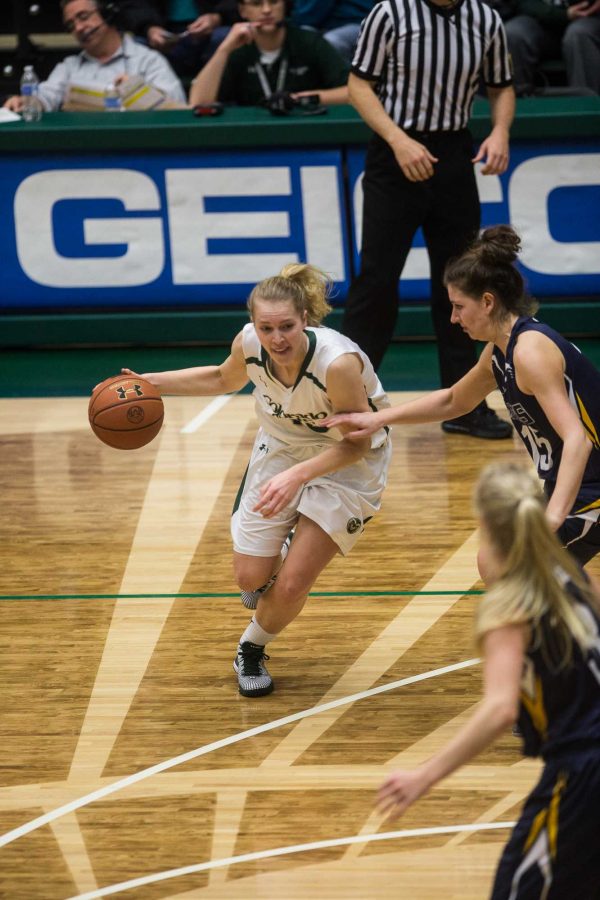 The Colorado State women’s basketball team will be the favorite to win the Mountain West until the Rams give us a reason to think otherwise.

The back-to-back conference champs were selected to finish first in the MW preseason poll after winning 23 games and going 15-3 in conference last season. The Rams are led in the quest for a three-peat by head coach Ryun Williams, the 2014 MW Coach of the Year.

“The league is going to be good,” Williams said in the release. “It’s been getting better ever since we showed up here, so we know it’s going to be a tremendous battle every single night. The fact that we do have some experience back is always helpful in league play. We have some good leadership, and that will help when you have to win tough games on the road. We are still figuring out a lot of things about this team, but hopefully by the time the end of the year rolls around, we will be pretty good.”

The two previous times that the Rams were picked to win the conference in 2001-02 and 2013-14, they lived up to expectations by delivering MW League titles. If CSU can take the conference again, it would become the first school in the MW’s 16-year history to win three straight league championships.

The conference also released its Preseason All-MW team and individual award winners, and CSU’s Ellen Nystrom made the list.

Nystrom is a two-time all-conference selection, and is also a two-time MW all-defense honoree. In 2014-15, she averaged 9.2 points and 6.8 rebounds per game.

“That is an awesome honor, but it’s not really something I focus on,” Nystrom said of her preseason recognition. “I just want to make sure I do everything I can to help the team reach our goals.”

Preseason Player of the Year

Preseason Freshman of the Year

Preseason Co-Newcomers of the Year