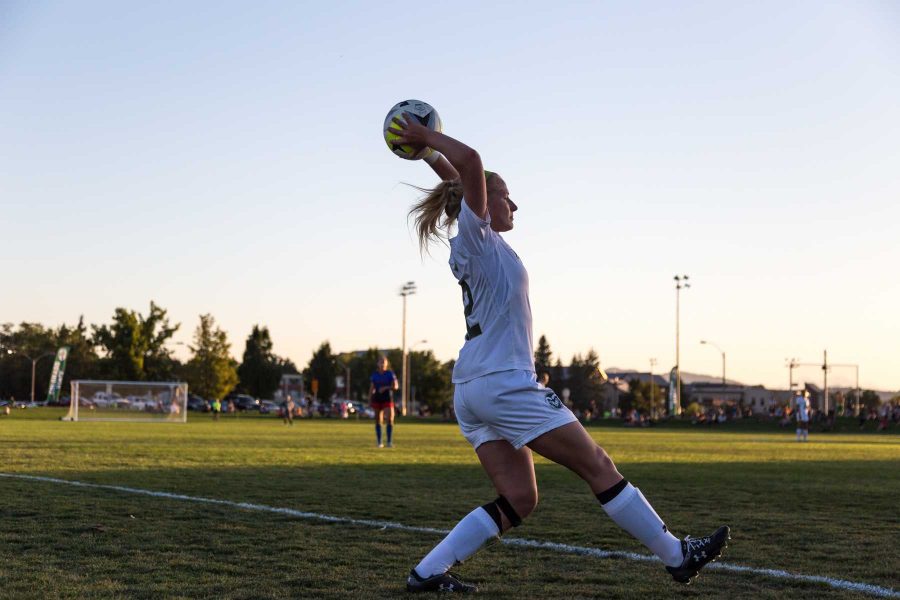 No surprises here – the Aztecs did what they were supposed to do against the Rams.

It didn’t take the Aztecs long, as they got on board with their first shot of the game. In just the seventh minute SDSU took the lead on a header by junior forward Hedda Regefalk off of a cross by Jen Rupey.

SDSU found some breathing room before the close of the opening half. Sophomore Dani DeRosa scored for the Aztecs off of a give-and-go. Leah Pruitt recorded the assist in the 32nd minute.

Despite taking only two shots in the half, SDSU converted on both, sending the Rams into the break with a 2-0 deficit.

Early in the second half, the Aztecs built upon the lead. Pruitt earned her second assist of the contest, finding freshman Milan Moses streaking down the middle of the field to extend the lead to 3-0 in the 49th minute.

CSU goalie Jesse McGinley was replaced by sophomore Paige Brandt in the 55th minute. It was the second appearance of Brandt’s career, and the first of the season.

Neither team would score again, and SDSU held on for the 3-0 victory. The Rams only recorded two shots all night on senior goalie Melanie Vaughn.