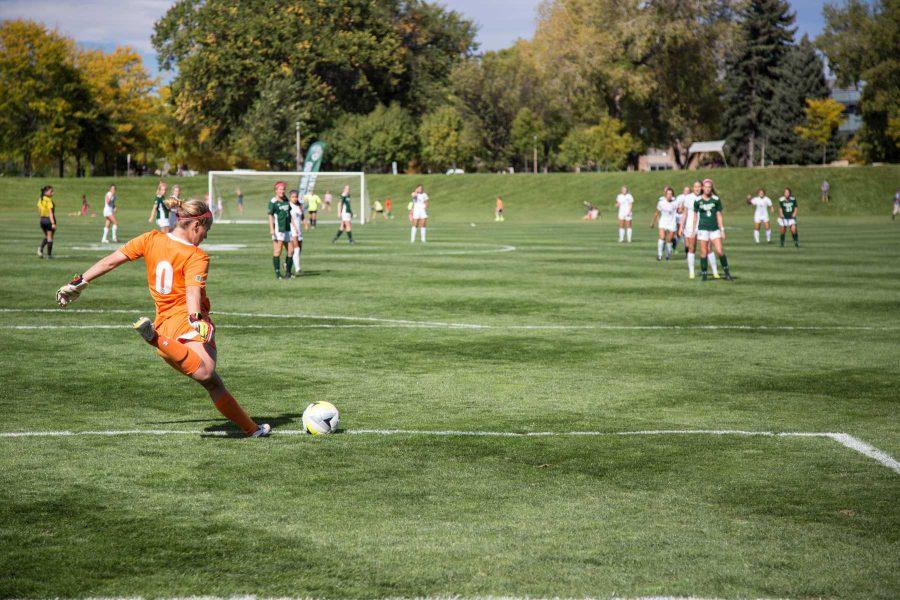 The Rams came up empty in their final road trip of the season.

The game marked the eighth time that the Rams have been held scoreless on the year.

For the second game in a row, CSU was playing catch-up early. UNLV took a 1-0 lead in the 4th minute when senior Jodi Barber scored her sixth goal of the year. Susie Bernal and Jordan Magnin assisted on the goal.

Compared to the last game against Nevada, where CSU failed to record a shot in the first half, the Rams came out much more aggressive. Freshman Hannah Gerdin led the attack again for the Rams. Gerdin alone had five shot attempts in the first half, three on goal. As a team, CSU totaled eight shots in the half, four on goal. Despite the aggressive offensive play, the Rams were unable to crack the scoreboard.

UNLV extended their lead to 2-0 in the 33rd minute. Kaila Brinkman scored her first goal of the season for the Rebels, Lily Sender assisted on the play.

The Rebels held on to their 2-0 lead heading into the break.

Colorado State kept up the offensive pressure in the second half. The Rams tallied seven shots, six more on goal. UNLV keeper Jessie Clark would stand strong again for Rebels, letting nothing get by.

UNLV made sure there would be no comeback attempt. In the 65th when Denali Murnan scored to put the Rebels up 3-0 and putting the game out of reach.

Following the Murnan goal, CSU made a switch in goal. Jessie McGinley was subbed out for sophomore Paige Brandt. With McGinley being a consistent star in net, this was just the second time that Brandt has seen playing time this season. Brandt proved to be a solid second option for the Rams, as she made four saves in her limited playing time.

Collegian Soccer Reporter Chad Deutschman can be reached by email at sports@collegian.com and on Twitter @ChadDeutschman.