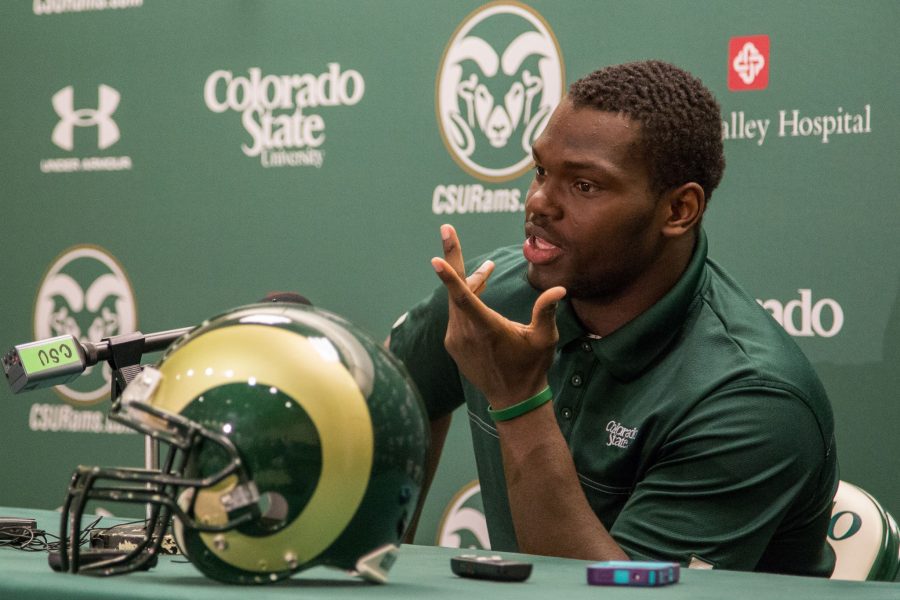 Senior Shaquil Barrett discusses how the Rams will continue to imrpove, as they prepare to take on Hawaii this Saturday

Former CSU star Shaquil Barrett stole the show Sunday in the Denver Broncos’ win over the Cleveland Browns. The 2014 Mountain West Defensive Player of the Year got his first NFL start at linebacker in place of the injured DeMarcus Ware.

Barrett finished with nine tackles, second-most of all Broncos behind Danny Trevathan (10). In the third quarter, Barrett forced a fumble on a strip-sack of Cleveland quarterback Josh McCown, and recovered it himself to set up a Broncos field goal. In overtime, he combined with Malik Jackson on another sack. Barrett also defended one pass, and had three tackles for loss.

Barrett was named the Broncos’ defensive player of the week Monday by head coach Gary Kubiak.

In a 3-1 win Saturday at San Jose State, Culbert became the first MW player in history to record a triple double when she posted 10 kills, 20 assists, 13 digs and 11 blocks. This came just after she made CSU history Tuesday, becoming the first player from the school to record five triple-doubles. Her 12 kills, 18 assists and 10 digs helped lead the Rams to a sweep of Wyoming.

Culbert had previously been tied for the career-mark with Angela Knopf, who was in attendance when Culbert broke the record Tuesday. Even more impressive is the fact that Culbert’s have all come in one season. Her performance Saturday gave her six triple-doubles on the year, with four coming in three-set sweeps.