A look around the Mountain West football standings 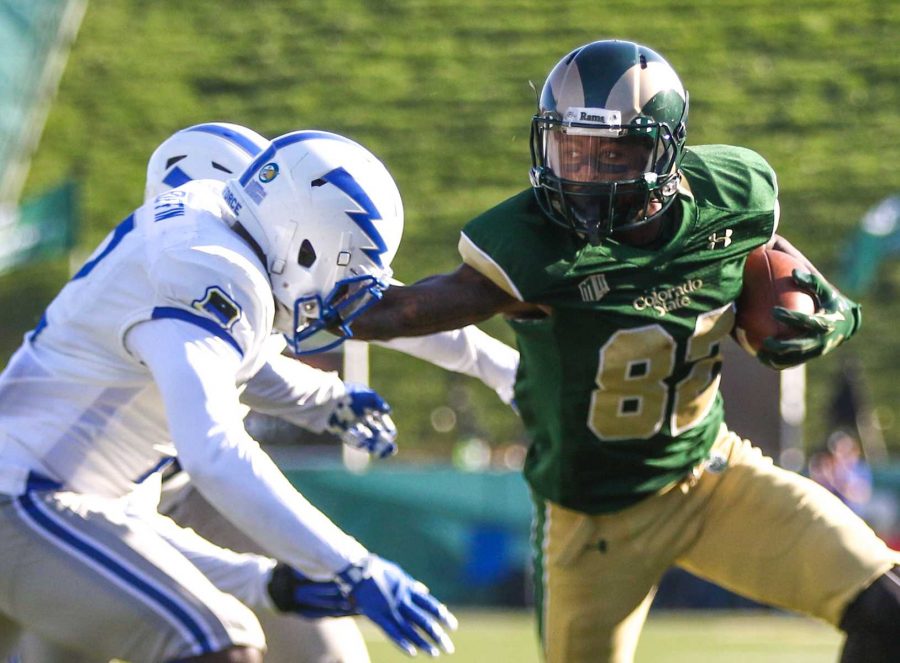 Colorado State comes off the bye week at 3-4 overall and 1-2 in conference play. With the season over halfway done, and five conference games remaining, every week moving forward is crucial for the Rams, as well as the rest of the Mountain West.

A lot can happen in five games. With that, here is a look at where every team sits in the MW:

The Utah State Aggies control their own destiny. If they win out, they will find themselves in the MW title game seeing as they hold the a tie-breaker win over Boise State. They failed to build on any momentum from the statement win over the Broncos though and were thoroughly outplayed by San Diego State the week after. However, they are still in good position to win the Mountain Division. The Aggies have a stern defense, and an offense that has proven to be more than capable of putting up big numbers even without Chuckie Keeton.

The Broncos enter the weekend at 3-1 in the conference. Despite dropping a game to BYU and completely melting down against Utah State, Boise State has looked dominant at times, and might still be the most talented team in the conference. If Utah State drops another game, Boise will be right back in the picture.

The Air Force Falcons have had a decent start to the season at 3-1 in the MW. The Rams handed them their first conference loss, and the Falcons bounced back with a dominant win over Fresno State. AFA has a difficult schedule ahead though with tough contests against Utah State and at Boise State. The Falcons record looks good now, but they would be lucky to finish up MW play with less than three conference losses.

New Mexico has been able to put up points this season but struggles on the defensive side of the ball. That record is a bit deceiving though as the two losses came against Wyoming and Hawai’i, two of the conference’s worst teams. The Lobos have a brutal four-game stretch ahead as they wrap up the season with games against Utah State, Boise State, Colorado State and Air Force.

Colorado State had a slow start to the season, but a big conference win over Air Force has the Rams pointed back in the right direction. The defense has certainly been impressive at times and the offense appeared to have taken a step forward last week against the Falcons. The coaches and players of the Rams are confident they have what it takes to ‘run the tables’ in the second half the season as the schedules lightens up, but they might have to wait until after this week’s game against San Diego State to really make their push.

Wyoming has struggled mightily this season. Prior to beating Nevada, it was starting to look as though the Cowboys wouldn’t win a game all year. There might not be any more wins in their future as they play at Utah State this week, then host the Rams for the Border War and travel to San Diego State the week after that.

San Diego State stands alone atop of the MW at 4-0 in conference play. The Aztecs are holding opponents to under 20 points per contest and are riding high after delivering a statement win on national television over Utah State, the only other undefeated MW team at the time. The Aztecs have a tough match up at Colorado State on Halloween, but should be considered favorites to win the conference for now.

The San Jose State Spartans do not have any bad MW losses as they were caught off guard by a tough Air Force team early in the year and lost to a dominant San Diego State team. The Spartans have a break from MW play this week as they take on BYU, and they wrap up the season against Boise State, but it is unlikely that SDSU will lose enough games for them to catch up anyway.

The Wolf Pack has had ups and downs this season, with the notable low point being a loss to Wyoming. Nevada has a difficult end of the season ahead with two away games at Utah State and San Diego State to wrap up up the schedule.

UNLV is next up at 1-2. The Rebels have a brutal return from their bye week when they take on Boise State Saturday. UNLV has looked more impressive at times than most would have thought entering the season, and has some cupcake games ahead against Wyoming and Hawai’i in which the Rebels should be favored.

Fresno State (1-3 MW, 2-5 overall) cannot seem to keep opponents out of the end zone this year, and has been one of the biggest letdowns in the conference this season after winning the West Division last year. The Bulldogs close the season Nov. 28 when they host Colorado State.

Hawaii (0-3 MW, 2-5 overall) started off the season with a big win over the CU Buffaloes, but since then have struggled to get much going. The Rainbow Warriors are the only team in the Mountain West without a conference win, something they hope to snap this weekend against Air Force, before they close out MW play against three straight West Division opponents.

Collegian Football Reporter Geoff Huebner can be reached by email at sports@collegian.com and on Twitter @Huebnermedia93.