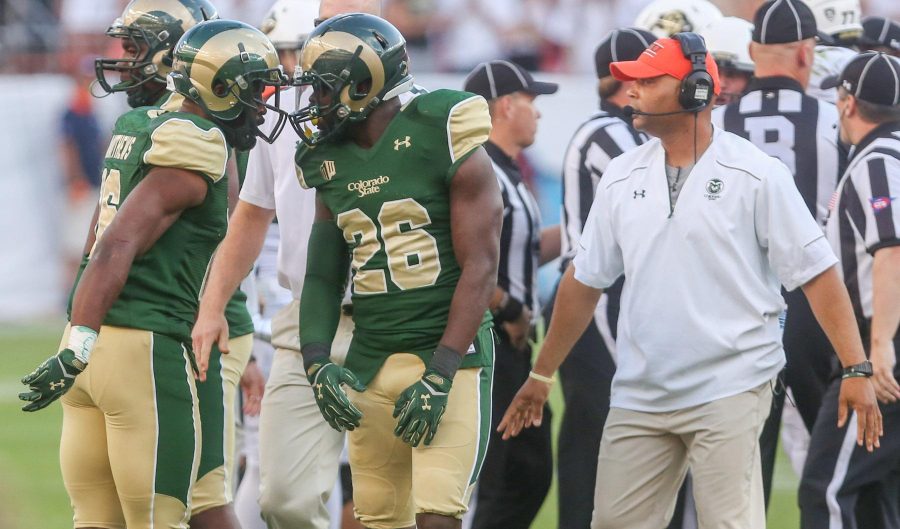 The Rams (2-2, 0-0 MW) begin the climb in Mountain West play Saturday when they travel to a hostile environment in Logan, Utah to take on the Utah State Aggies (1-2, 0-0 MW). The Aggies, still fairly new to the Mountain West, are 2-0 in MW openers and have won 10 straight home games dating back to 2013.

A large part of what has allowed the Aggies to be such a tough team and win 10 straight at home is their defense.

“It’s going to be a tough challenge,” head coach Mike Bobo said. “Utah State, you turn on the film, they’re very good defensively. They’re sound, they are very multiple in what they do.”

USU’s defense will be the focus Saturday, but the Rams’ defense has also proven to be an imposing unit as well. The Rams rank in the top-50 for fewest yards allowed and red zone defense, and are tied for fifth in the NCAA FBS with 6.5 three-and-outs per game.

Through three games this season, Utah State is only averaging 14.3 points per game. The opportunity to start conference play and face a lowly Aggies offense has the Rams defense chomping at the bit.

“We’re all amped up about it, I know all of the seniors are for their last go around and I know we want to get this conference championship,” sophomore linebacker Kiel Robinson said. “Everyone on the defense is playing for the seniors.”

Senior defensive lineman Joe Kawulok is also excited for the challenge against the Aggies and all of the upcoming MW opponents.

“We’re staying with the weekly process, but there’s that extra sense of urgency every week,” Kawulok said. “It’s all important now, obviously we have the two rivalry games left so that will be a lot of fun, but it’s finally here, in conference play every game is important.”

USU’s offense may be struggling at this point of the season, but they still have plenty of talent. Kawulok and the defense have taken notice and are still confident they will be able to come out of Utah with their first conference-opening victory since 2011 at New Mexico.

“As a defense we always want to be confident and we are but they do have a lot of guys that can make plays, like their quarterback (Kent Myers) that’s stepping in for Chuckie Keeton, he came in last year and did a nice job for them in the bowl game so we have to make an emphasis to stop their playmakers.”

The three-and-outs have been another emphasis all year and will likely play a large role in Saturday’s matchup. Being locked in on third down is what the Rams have done best on defense, and Robinson would be the first to tell you that.

“Communication is the biggest thing,” Robinson said. “Being mentally prepared, being physical, once you put all of that together you play good defense, and we’re good at what we do.”

If the CSU defense can continue its strong play, and the offense continues to build on what it does well, then the Rams will have a legitimate shot at winning the conference title. For many players on the team, that would be a dream come true.

“The Mountain West is a great conference and you play a lot of guys that could have played at bigger schools but chose to play where they are for a reason,” senior offensive lineman Sam Carlson said. “(We) have a lot of great competition, a lot of rivalries, and to win it would be something I’d definitely cherish.”