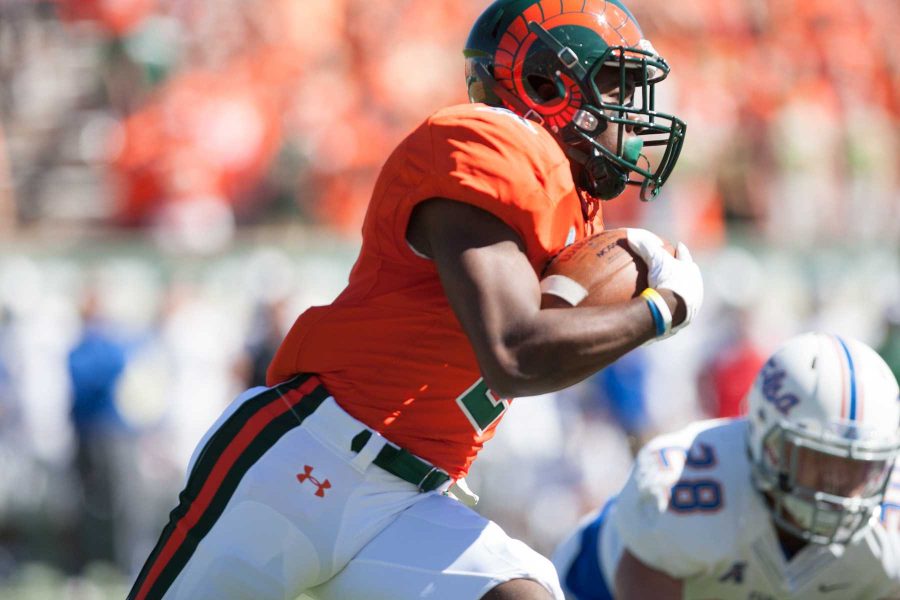 The Collegian Sports Desk weighs in on what to expect from Colorado State’s football team in the 2015 season and gives their predictions for the opener against Savannah State:

Season outlook prediction: A slight drop off from last year’s 10-win season seems inevitable. CSU loses the head coach who rebuilt the program, its all-time leading passer, its leading rusher, its two leading tacklers, an NFL-caliber left tackle and one of the best cornerbacks in the Mountain West, among others. Yet somehow, I still believe this team wins eight games. Mike Bobo is the ideal hire to continue moving the program in the right direction without losing much momentum from last year. A lot will come down to new starting quarterback Nick Stevens. It is hard not to remember the struggles Garrett Grayson had early in his career before blossoming in his junior and senior years. Some growing pains are probably unavoidable, but if the team can manage to fare well in non-conference play, it should find itself back in a bowl game come season’s end.

Season outlook prediction: Yes, there is a sophomore quarterback at the helm of this offense. And yes, he is attempting to fill the shoes of CSU’s all-time leading passer. By predicting eight wins for the Rams, I’m not saying this offense will be as good as last year’s. Stevens has a few years ahead of him before he can run an offense like Garrett Grayson did in his senior year. But the defense has made strides and will make up for lost points on CSU’s side of the scoreboard. Under McElwain last season, the Rams gave up at least three scores in every game they played. They were unable to stop any opponent from scoring 17 or more. With how much Mike Bobo has been preaching that defense will win his team games, expect that to change this year.

Season outlook prediction: Despite the departures from last season’s team, the Rams return a lot of talent and have depth in the right places. Rams fans will miss the familiar site of number 18 leading the offense at quarterback, but the talented new starter Nick Stevens will have plenty to work with. Between four game-ready tight ends and a decorated receiver group, Stevens will have one of the best receiving corps in the country. Combine this with a promising rushing tandem in Dalyn Dawkins and Treyous Jarrells, and the Rams have what they need to put up big numbers on Saturdays. The team also has a resilient defense to rely on when necessary. It will be lead by a veteran secondary that possesses a physical, striking mentality. Head coach Mike Bobo appears to be just the right man to step in, keep the players focused and hungry, and keep the program on track.

Season outlook prediction: Unlike my counterparts, I don’t see much of a drop-off in terms of win for CSU this season. Yes, Garrett Grayson is gone. But Nick Stevens has been handed the keys to a Ferrari and asked not to crash it. As long as Stevens can manage the game and get the ball to the bevy of playmakers CSU has, the Rams will be just fine. The only non-conference losses I see for CSU are Sept. 12 against a very good Minnesota team at home, and Sept. 19 against Colorado.  Boise State will be the team to go through in the Mountain West as always, but CSU gets them at home this year in what will be a rocking Hughes Stadium. Utah State is always tough, and winning in Logan with a healthy Chuckie Keeton is nearly impossible for Mountain West teams. Other than that, CSU has most of its toughest games at home, and face a weak second-half league schedule with games against New Mexico and UNLV toward the end of the season. Expect the Rams to be right back in the conversation for a Mountain West title.

Collegian Sports Editor can be reached by email at sports@collegian.com and on Twitter @emccarthy22.