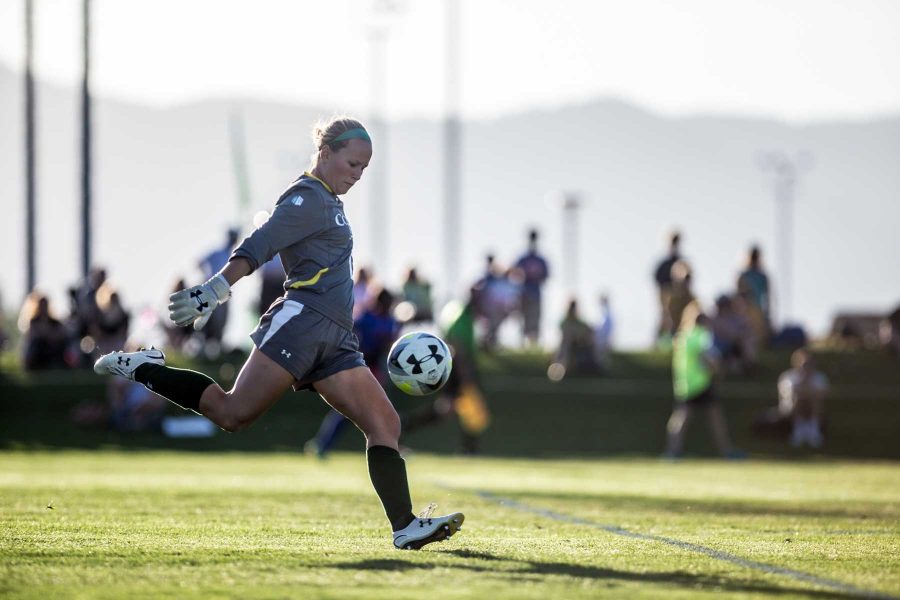 It was a disappointing opening weekend of Mountain West play for the Rams.

The Spartans jumped all over the Rams early, pushing the pace and forcing CSU into frantic decisions.

“The first five, 15 minutes all we were doing was clearing (the ball) and we didn’t get ahold of it,” CSU coach Bill Hempen said. “Once we did get ahold of it, we did good things with it.”

With the first half dominated by the Spartans about to come to a close, Spartans star player Darriell Franklin scored her fifth goal of the year in the 41st minute. Franklin finished off a long ball from teammate Samantha Orodpour with a right-legged blast into the top right corner, off the crossbar and in to put the Spartans up 1-0 just before half.

The Rams struggled to string passes together in the first half, and only managed two shots as opposed to the Spartans nine.

The second half would start the same way as the first half ended, with San José State scoring. Franklin and Orodpour would reverse roles to connect again in the 47th minute to give the Spartans some breathing room. Franklin fed a nice through-ball towards the top of the box, where Orodpour would make a beautiful strike on the ball, sending it into the top right corner of the net.

There would be no late magic this time around for the Rams. CSU was able to generate five shots in the second half, but could not crack SJS keeper Zoe Makrigiannis.

Frustration may have set in for the Rams, who were seeing all of their attempts at a comeback thwarted away by the Spartans. Even though the comeback attempt never developed, senior Jessica Stauffer was proud of the way the team fought.

“What we need to focus on is just keep going,” Stauffer said. “We did fight till the end, although the end result is not what we wanted, I’m just proud that we did work till the end instead of just quitting after the goals.”

For the Spartans, a celebration ensued following the final buzzer. Makrigiannis’ shutout of the Rams broke the San José State school record for most career shutouts. She was rewarded with a Powerade shower.

“We have to regroup again,” Hempen said. “We are still trying to teach them things that can hopefully take us to another level. We’ll kind of reorganize and get over this weekend and move on.”

The Rams take on the Tigers Friday at 3 p.m., and then the Falcons Sunday at noon.

Collegian soccer reporter Chad Deutschman can be reached by email at sports@collegian.com or on Twitter @ChadDeutschman