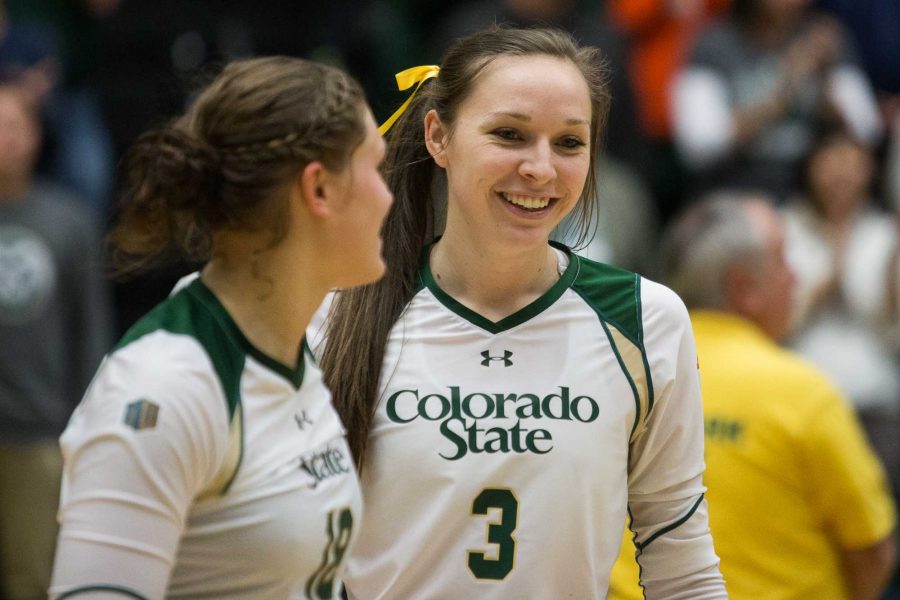 First, she was named the Mountain West Preseason Player of the Year. Next, she earned MW Player of the Week after her first slate of games.

Then on Wednesday, she was named one of the 30 women’s volleyball candidates for the 2015 Senior CLASS Award, which is given to student-athletes who excel both on and off the court. To be eligible to receive the award, student-athletes must classify as an NCAA Division I senior, and have notable achievements in four areas: community, classroom, character and competition.

Culbert was named a MW Scholar-Athlete in 2012 and 2013, and was also named to the Academic All-MW team both of those years.

She serves on the executive board of CSU’s Student-Athlete Advisory Committee, and is also a founding member of “Rambition”, a movement to get people more involved at CSU and in the community.

As far as competition goes, Culbert has that part covered easily. The two-time honorable mention all-American posted her second triple-double of the season Tuesday against Northern Colorado, making her the fifth CSU player in history to accomplish the feat multiple times in a season, and the first to ever do it in just three-set matches.

The field of 30 candidates for the 2015 Senior CLASS Award will be narrowed to 10 finalists midway through the season. The winner will be announced during the 2015 NCAA Division I Women’s Volleyball Championship in December.

Collegian Sports Reporter Emmett McCarthy can be reached at sports@collegian.com and on Twitter @emccarthy22.