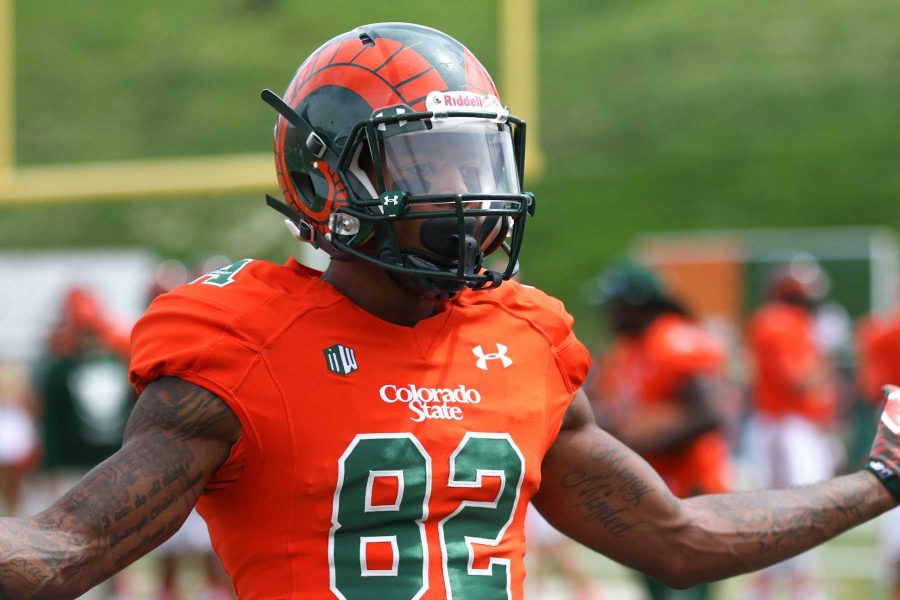 This week’s game between Colorado State and Minnesota should be a bit more competitive – at least on paper – than the Rams’ thrashing of FCS opponent Savannah State last Saturday. Here are the match ups to watch for this weekend at Hughes Stadium.

These are the best and deepest position group each team has, and they’ll get a chance to play best on best Saturday. Most of the hype around CSU’s receiving corps is directed at All-American Rashard Higgins, but look for Joe Hansley, Deionte Gaines and Xavier Williams to see a lot of targets. Minnesota’s secondary will counter with a veteran-laden group led by senior Briean Boddy-Calhoun, an all-Big Ten pick from a year ago. The Gophers secondary is a physical bunch, so expect to see a lot of battles at the line of scrimmage.

Here the Gophers have a slight advantage because of their experience, as well as their aggressive style of play. The Big Ten is known for having strong, athletic playmakers and the Gophers’ group of linebackers isn’t any different. Colorado State will likely get Treyous Jarrells back, but the Rams have yet to figure out their running back rotation, so you’ll likely see a good dose of Jarrells, Jasen Oden Jr. and Dalyn Dawkins.

CSU’s offense did have a banner day against Savannah State, but the Rams allowed too many hurries and hits on quarterbacks against a far inferior opponent. Left tackle Zack Golditch is making just the second start of his young career, and CSU’s interior linemen left a lot to be desired against the Tigers, according to head coach Mike Bobo. Minnesota’s defensive front pestered Heisman candidate Trevone Boykin relentlessly last week and held the Horned Frogs’ offense to just 23 points. Expect CSU to have its hands full all day.

Minnesota quarterback Mitch Leidner is a dual threat QB who could give the Rams defense headaches on Saturday if he is able to break containment from CSU’s defensive front. Defensive starters in Martavius Foster, Justin Hansen, Terry Jackson and Joe Kawulok have the primary responsibility of keeping Leidner under control at the point of attack.

One player on the defensive line unit in particular to watch for is senior defensive end Martavius Foster. He worked hard to earn his newfound playing time as a senior made the most of the opportunity against Savannah State, sacking the quarterback three times. Getting to the quarterback and sealing his edge on the left side won’t be as easy this week though with Minnesota right tackle Josh Campion returning from a concussion. Campion has started 39 consecutive games prior to missing this year’s opener due to injury.

Kevin Pierre-Louis vs. every Gopher in sight

Leidner had better watch out when he scrambles because CSU safety Kevin Pierre-Louis knows a thing or two about hitting quarterbacks – just ask Boise State’s Grant Hedrick. The Gophers will probably look to pound the ball early and often in order to tire the defense out. However, every time they touch the ball, they will be at risk of getting KPL’d. He will have extra room to pounce against a Minnesota team that lost its best receivers from 2014. The six-foot-one, 215-pound senior from Del Rio, Texas sets the tone for the defense physically with his hard-hitting style of play. He will need to be all over the field Saturday against Minnesota to keep the Gophers tentative offensively.