Bobo believes Rams have character to rebound after overtime losses 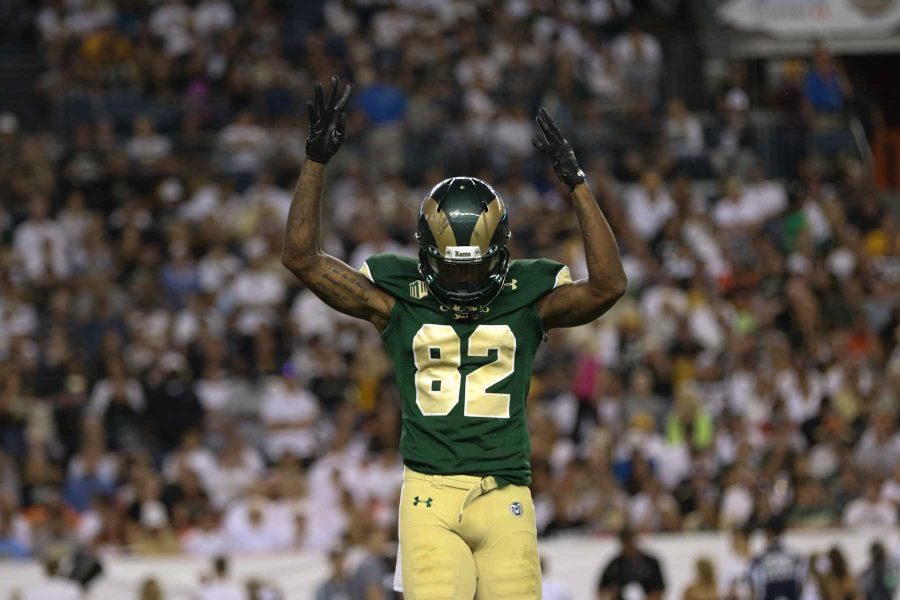 Back-to-back overtime losses will test any team’s character. Teams who do not possess the fortitude to put a tough loss in perspective and take the positives out of it might continue to stumble and never reach where they want to go.

Luckily for the Rams, they have resilient leaders who love the opportunity to play for the green and gold. Trent Matthews, who was selected to the 2015 AFCA Good Works Team – given to a players who display exemplary commitment to the betterment of their community – is one of those leaders.

“That’s the way college football is,” Matthews said. “You lose some, but me as a leader I just got to keep the fight going for everybody. I’ve got to instill that in every player.”

Because of players like Matthews, head coach Mike Bobo is not sweating the morale of his team after two consecutive heartbreakers.

“We’ll see when we practice, but I really have no doubts that we won’t respond and play hard and try to improve,” Bobo said.

With that said, he acknowledged that there plenty to improve on.

“We’ve got to be more consistent,” Bobo said. “The great teams, the great players, the reason they are great, they’re more consistent than the average team. We’re not a consistent football team, so we’re 1-2.”

And it comes down to execution.

“The fight and playing to the end was encouraging,” Bobo said. “What was discouraging was we didn’t find a way to finish. That’s my job as the head football coach to work on a few things to make sure that we can execute a little bit better offensively.”

A lack of consistency and execution is common for a new offensive system, especially with young quarterbacks running the show.

Bobo and his players hope they will be able to get themselves back on track this upcoming Saturday, when they travel to Texas to take on the University of Texas-San Antonio. The Roadrunners are 0-3 this season, and have allowed 47 points per game.

Sophomore offensive lineman Jake Bennett will not let this effect how he prepares. He is going into practice this week “like any other, clearly they’ve been playing some teams pretty tough, so you have to take them seriously.”

Despite being shaky when it comes to consistency, the Rams have shown plenty that can be built upon on the offensive and defensive sides of the ball. One thing that was apparent in the loss to CU was that there is plenty to be positive about moving forward in the run game led by sophomore Dalyn Dawkins.

“Dalyn Dawkins is a stud,” Bobo said. “The way he practices, the way he plays, there’s a reason why he’s been successful on the field.”

Dawkins is coming off of a career high performance against the Buffs, finishing with 118 rushing yards and 59 receiving yards to go along with the first touchdown of the Showdown.

Offensive lineman Jake Bennett has become accustomed to seeing Dawkins explode through the line of scrimmage.

“I mean I see that everyday so it’s impressive when he blows by you and you get to watch that,” Bennett said. “A guy that small who can run through or run by you is impressive.”

Just as Dawkins will look to continue his hot start Saturday against UTSA, the defense will look to continue their upward trend too. The UTSA offense may not average a lot of points, but they are capable of challenging a defense. Against the then-No. 22  Arizona, the Roadrunners put up 32 points and totaled 525 yards of offense.

Bobo looks forward to the challenge.

“In order to end up telling your testimony you’ve got to be tested,” Bobo said. “If we can fight through it and persevere and handle adversity… I think it’s a great thing.”

Collegian Football Reporter Geoff Huebner can be reached at sports@collegian.com and on Twitter @Huebnermedia93.