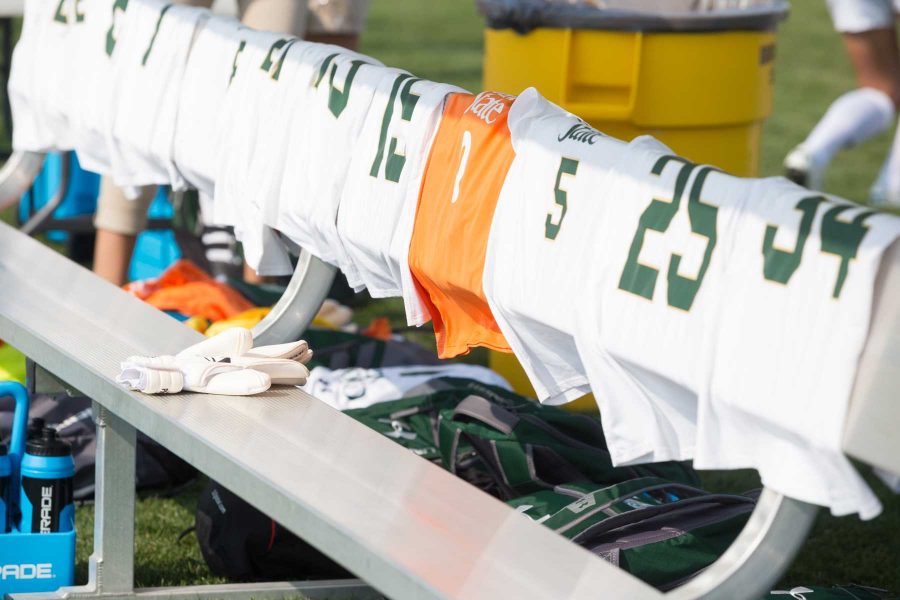 Colorado State’s women’s soccer team (1-0-1) will travel to Phoenix, Arizona, to face off with Grand Canyon University (1-0) under the lights at 8 p.m. Friday.

The game against Grand Canyon will be the Rams’ first test in hostile territory this season after playing CU at home and DU on a neutral field.

“Grand Canyon had the same kind of crowd we had,” said Rams’ Head Coach Bill Hempen. “I got a little information from Northern Arizona and they said it is pretty chaotic. It will be interesting for our kids to see how they deal with something like that. It will be a good challenge for us.”

In GCU’s first game of the season, the team recorded an attendance of over 2,500 in 3-2 win over Northern Arizona for the Lopes. That rivaled the Rams attendance of about 2,300 at the game against CU.

“We will still have each other cheering each other on as loud as we can,” said Rams senior Erica Bratschun. “Not too worried about the not-at-home disadvantage. We are excited for this weekend. It should be a chance to test if we are really improving or not.”

En route to the 1-0-1 start, the Rams have utilized some new players, such as freshman forwards Kaija Ornes and Hannah Gerdin. The two have received an ample amount of playing time in the first two games and have caught the attention of their upperclassmen teammates.

“I don’t think they are changing the level at all. I think if anything, they’re bringing it up a heck of a lot,” Bratshcun said. “They are definitely pushing the upperclassmen to their limits. I think they have been a great addition and have been really helpful.”

It’s not just the players raving about their young teammates. Their head coach has also taken notice.

“They were brought here to play,” Hempen said. “You want to give them that game experience as quickly as you possibly can. They have absolutely earned it. They came here to play and they came to compete so they are getting their chance.”

The Rams will look to continue their hot start against GCU Friday.

Through CSU’s first two games, one statistic that has stood out is the Rams have been outshot 33-14, but head coach Hempen is not overly concerned with that.

“If they want to shoot from where they are shooting, I like our chances,” Hempen said. “The quality chances we are giving up, they weren’t very many. That’s the way I’m looking at it. Yeah, we’re giving up shots, but they are from distance. I’m not that worried about that.”

While the Rams have faced a whopping 33 shots in two games, only 13 have been on net, and they have surrendered just one goal. CSU can thank junior goalkeeper Jesse McGinley and their stout defensive play for the results. The defensive effort has been the foundation for the team’s strong start and has no doubt given them some confidence heading into the game versus Grand Canyon.

“We are expecting to win,” Bratschun said.

The Grand Canyon game is the only one on schedule for the Rams this weekend.

Collegian Soccer Reporter Chad Deutschman can be reached at sports@collegian.com and on Twitter @ChadDeutschman.