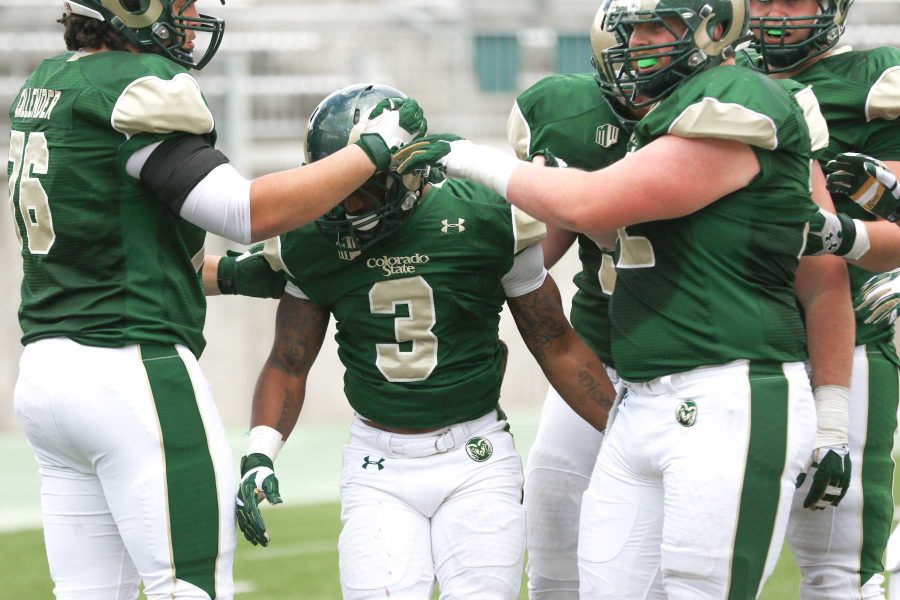 After Saturday’s scrimmage, Colorado State Head Coach Mike Bobo was not thrilled about his offense’s performance. A week after dominating their counterparts on defense, starting quarterback Nick Stevens and company were flustered and pressured into a handful of turnovers and a number of empty possessions.

Though Bobo let them hear his disappointment, Stevens said the upperclassmen-laden offense knew as soon as the final whistle sounded that they had not played up to their potential.

“When Coach (Bobo) talked to us (after scrimmage), we already knew we didn’t play well,” Stevens said Tuesday. “So we really took that to heart, and the only thing you can really do is learn from it. We did a great job in the film room to understand where we made mistakes, and we were able to make those corrections today. We were a lot better today than we were in the scrimmage.”

Throughout fall camp, Bobo has praised both the offense and defense, noting that it has not been one side who has dominated the other – instead, each team has its day, with the other responding during the following practice. Players admit that’s a positive, but they also understand that each group must have confidence in itself, especially while running brand-new offensive and defensive schemes under a new coaching staff.

“Don’t get me wrong – I’d love to win every single scrimmage and every single practice, but I don’t think you ever want your team getting complacent,” said wide receiver Elroy Masters Jr. “If the offense had come out and dominated the defense again, I feel like that could do a lot to hurt the defense’s confidence and it might make us think we can be complacent. Sometimes it’s good to get hit in the mouth like we did Saturday, so we’re reminded that we have to bring it every day.”

Now with nine days until CSU’s season opener against Savannah State, the Rams’ focus has moved away from beating each other every day in practice to making sure each side gets better every day in preparation for the opener. With both sides still adjusting to the pace of play on offense, players agree that the key now is to hit the film room as coaches lighten the practice load leading up to the game.

“We have to take these next 10 days and keep improving,” said tight end Steven Walker. “We’ve still got things to work on and we’re going to have things to work on all season, so we’ve just got to study hard and prepare for Savannah State, but you can bet we’ll be ready.”

Collegian Senior Sports Reporter Keegan Pope can be reached at sports@collegian.com and on Twitter @ByKeeganPope.