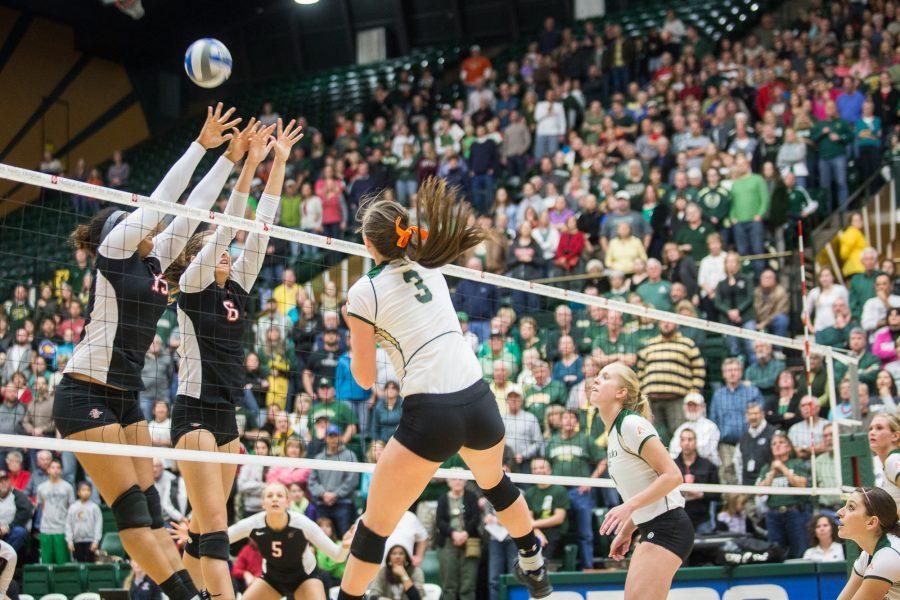 “I’m really excited about how our schedule shaped up,” Head Coach Tom Hilbert said in a press release. “We are playing several really good teams and get to play a lot of games in front of our fans.”

CSU’s slate begins on Friday, Aug. 28, as the Rams play host to the Baylor, the first of 17 home matches at Moby Arena. Also that weekend, CSU will host UC Davis and Northern Iowa, part of a home tournament.

The Rams remain on their home court the following week (Sept. 4-8) to face three teams – each of which participated in the NCAA tournament a year ago. Arizona State highlights the weekend, followed by matches against Western Michigan and Northern Colorado. The Sun Devils finished the 2014 season ranked in the top 25 and took CSU to five sets before the Rams began the final frame on a 9-0 run to steal a road win.

CSU will leave the state of Colorado for the first time on Sunday, Sept. 13, where they open the weekend against Iona, before facing Texas later that afternoon in Austin. The rematch of last year’s Regional Semifinal match pits the Rams against a team which has advanced to the Final Four in seven of the past eight seasons.

CSU will travel to College Station for a Tuesday night match against Texas A&M two days later. The match-up with the Aggies will be CSU’s return trip from two years ago when CSU beat Texas A&M at home to finish non-conference play undefeated.

The Rams will return to Moby Arena for their final tune up before conference play begins, hosting Eastern Kentucky on Sept. 20. Hilbert also scheduled a late-season match against Iowa State Saturday, Nov. 28, a day before the NCAA tournament bracket is revealed. Iowa State finished 2014 with a first-round NCAA tournament victory and a final RPI ranking of 17.

“One of the matches I’m most excited about is the late-season match against Iowa State,” Hilbert said. “Neither of us had a conference match that weekend, and both wanted to schedule a challenging team leading up to the NCAA tournament.”

In search of its seventh Mountain West title in a row, CSU will open the conference season Sept. 24 at home against Utah State and concludes Nov. 24 at Wyoming. In between, CSU will play Air Force, Boise State, Nevada, New Mexico, San Diego State, San José State, Utah State and Wyoming twice. The Rams will play Fresno State (home) and UNLV (away) just once.