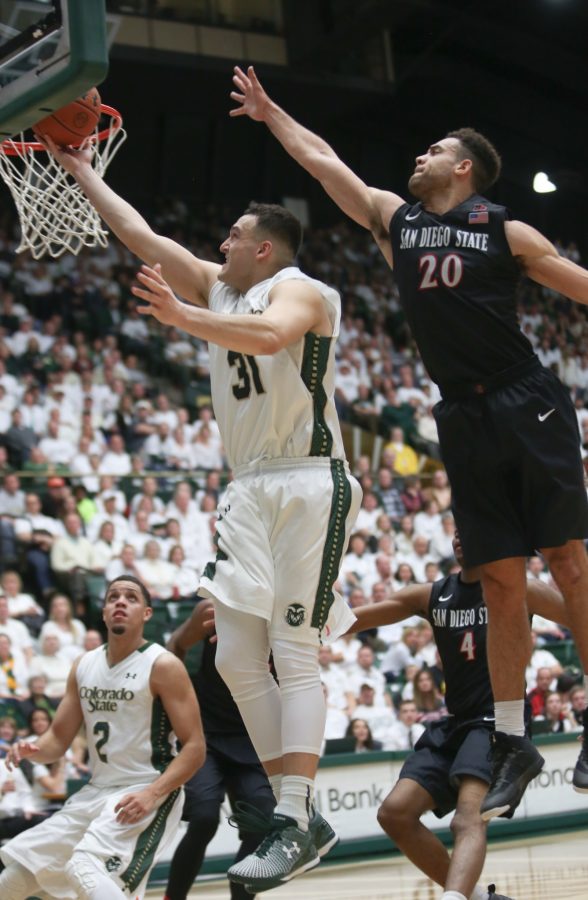 The P.I.T. selects 64 of the best graduating seniors in college basketball to compete in a four-day, 12 game tournament in front of representatives from every NBA team every year in Portsmouth, Virginia. Former P.I.T. standouts include former NBA greats John Stockton and Scottie Pippen, as well as current Chicago Bulls star Jimmy Butler.

Avila was named to the All-Tournament Team after scoring 14 points in the championship game for the Cherry Bekaert-sponsored team, while also recording six steals, three rebounds and an assist. His teammate, Treveon Graham of Virginia Commonwealth University, was named MVP of the tournament.

The Rams remained undefeated in conference play by sweeping a weekend road series against rival Colorado.

CSU crushed the Buffs 24-2 in the first game of the series, and followed that up with a 7-0 shutout to cap off the doubleheader on Saturday. On Sunday, the Rams finished up the 3-game conference series with a 9-6 win.

The teams played a fourth game Sunday which the Rams won 16-3, though it did not count toward conference play. In addition to going 4-0 over the weekend, they are now 9-0 in conference play. CSU is back in action next weekend for a home series against Northern Colorado.

Senior thrower Kiah Hicks led the way for CSU with wins in the women’s discus throw and hammer throw at the CU Invitational over the weekend. She set a new personal record with a toss of 207 feet and seven inches in the hammer throw.

CSU continued its success by sweeping the men’s shot put. JT Van Veen finished in first place with a toss of 55 feet and 10.5 inches, while Daniel Weirich took second (54 feet and 4.5 inches) and Jake Schneeberger took third (53 feet and 5.75 inches).

The women also earned a victory in the women’s 4×400-meter relay. The team of Mariah Witt, Leah Fair, Kendall Horan and Abby Simpson finished first with a time of 3:44:88.

The Rams battled back from an early six-goal deficit at the end of the first period to go into the half down 12-8. They were able to even things up at 15-15 by the end of the third period. CSU captain Kareem Rosser, who scored seven goals on the day, scored first in the final period to give his team a lead it would never relinquish.

CSU entered the Intercollegiate National Tournament as a No.1 seed. In the semifinals, the Rams defeated Southern Methodist University 23-22 in an overtime shootout.