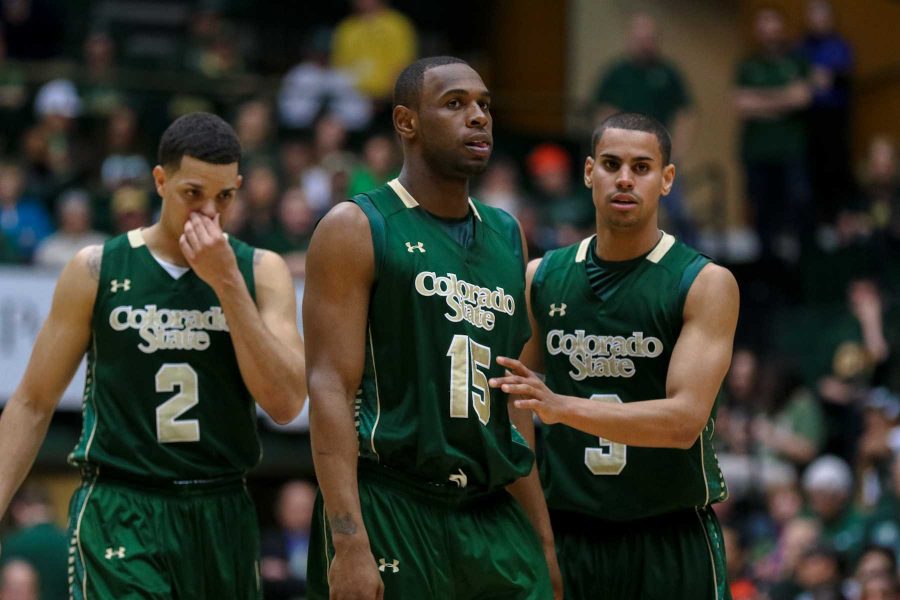 Much to the disappointment of Ram fans and CSU head coach Larry Eustachy, Colorado State’s men’s basketball team was snubbed by the selection committee of the NCAA Tournament Sunday, despite boasting a school record-setting 27-6 record.

Eustachy was nearly speechless at the press conference following the selection show.

He cited the need to leave quickly in order to console his players who he said were overcome with emotion. No players emerged from the locker room at Moby Arena to address the media.

“It’s not about me or anybody else but this team, and they’re devastated, and they should be, because they’re certainly an NCAA Tournament team,” Eustachy managed to say in his struggle to find words. “We’re certainly one of the best 68 teams in the country, obviously the committee didn’t feel that way, and umm, our team moves on, so we’ll see what happens from there.”

A small bright spot for the Rams is that what happens from here involves at least one last home game at Moby Arena for CSU as it received a top seed to the 32-team field of the National Invitational Tournament. The Rams will host South Dakota State Wednesday at 8 p.m. MT in the NIT’s opening round, and can play up to two more games in Moby with two victories.

The semi-finals and finals of the NIT are held in Madison Square Garden in New York City.

The three teams from the Mountain West Conference that got into the Big Dance ahead of CSU were San Diego State, Wyoming and Boise State. SDSU drew a No. 8 seed, matching the Aztecs up with St. John’s Friday. Boise State must win a First Four play-in round Tuesday against Dayton University in Dayton, Ohio to make it to the field of 64 as an 11-seed. Wyoming, the fourth-place finisher in the MW, likely would have been out and its spot given to CSU if not for upsetting SDSU in the championship of the MW Tournament Saturday to secure an automatic bid. The Cowboys drew a 12-seed to face No. 5 Northern Iowa Friday in Seattle.

Ram fans became livid on Twitter with UCLA’s reception of an at-large bid as a No. 11 seed in the South bracket after the final selection lacked CSU. The Bruins posted a 20-13 overall record, more than doubling CSU’s losses, and a 10-3 conference mark to finish second in the Pac-12. While CSU finished third in the MW, UCLA tallied multiple “bad” losses to teams outside the top 100 RPI compared to CSU’s one, and matched the Rams with two wins against the top 50 RPI. One opponent common to both teams’ schedules was Colorado, which CSU beat in Boulder while UCLA fell to the Buffaloes in January.

The Rams’ two good wins both came at home, though, over San Diego State and Boise State, which the committee could have taken as a sign that CSU isn’t as good away from home, as it endured its “bad” loss at New Mexico in The Pit (though the venue is regarded as one of the toughest places to play in the country).

But with the selection said and done, the Bruins will be dancing and the Rams will not. UCLA will play Thursday in Louisville against No. 6 Southern Methodist, led by head coach Larry Brown in the Mustangs’ first Tourney appearance since 1993.

If they were given a bid, the Rams would have been going dancing for the third year out of the last four and Eustachy would have captured a $200,000 salary bonus.

CSU will have both its men’s and women’s basketball teams featured in the NIT as the women failed to capture the MW’s automatic bid the Big Dance last week with a loss in the MW Tournament to San Jose State in the quarterfinal round.

The Women’s NIT bracket is announced Monday night at 6:30 p.m.