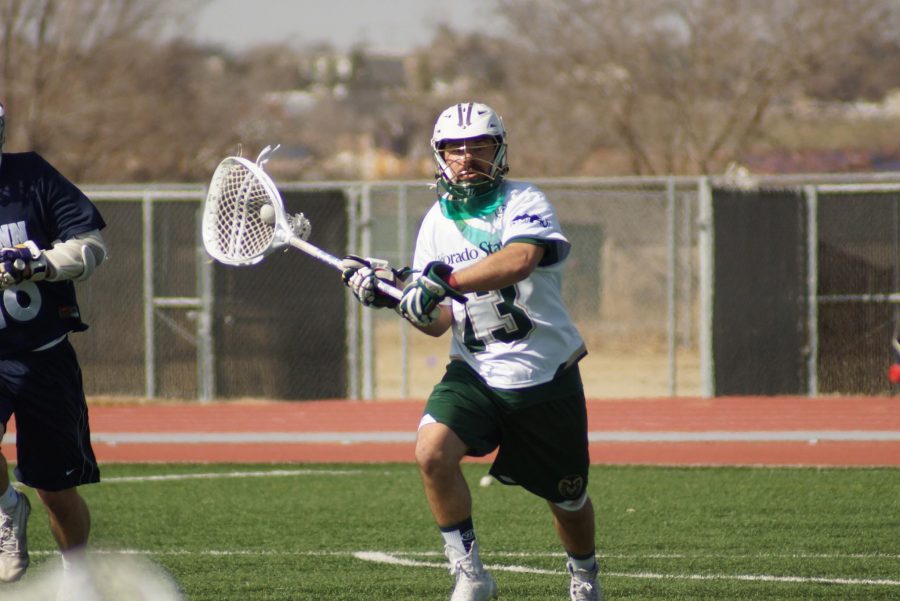 The Colorado State men’s club lacrosse team opened their 2015 season with a weekend sweep of Texas State and Connecticut on the campus of West Texas A&M University.

In a 16-5 victory over the Connecticut Huskies on Saturday afternoon, the Rams jumped out to a 6-1 first quarter lead that ballooned to 10-2 at halftime.

Colorado State got goals from 13 different players and 14 saves from their goalies as they led wire-to-wire to move to 1-0 on the season.

CSU’s decisive first-quarter run started early as junior Colin MacDonald scored just 1:25 into the game.  From there, it was all CSU as nine different players pumped in goals in the first half.  The Rams were efficient on the offensive end, breaking down the UConn defense and getting decent looks at the cage. The Huskies managed only two saves on the afternoon under the relentless pressure of the CSU offense, which took 21 shots in the first half to put the game out of reach.

UConn got some momentum early in the second half after four consecutive penalties put the Rams a man down for a good portion of the third quarter.  But CSU’s defense was up to the task, holding the Huskies off the board while the offense settled back in.  The Rams finished the third quarter up 14-2, including a goal with just five seconds left by sophomore Brian Taggart.

In the fourth, both teams emptied their benches a bit as the game’s outcome was no longer in doubt.  UConn outscored the Rams 3-2 in the final frame to bring the final to 16-5.

On Sunday,  defense was the catalyst for the Rams as they held Texas State to just 12 shots in an 8-2 victory as weather deteriorated quickly throughout the afternoon.

The Rams used a 5-1 second half run to pull away from a Bobcats squad that committed 10 penalties.

CSU struck first, getting a goal from sophomore Ashton Monheiser with 1:35 gone in the first quarter. From there, both teams struggled to get much going offensively and despite CSU outshooting Texas State 13-0 in the first quarter, the Rams were unable to add to their lead.  Bobcat goaltender A.J. Anderson made several saves in the first frame to keep his team in the game.

Texas State got the equalizer early in the second quarter, but the Rams answered back less than a minute later and got one late in the half for a 3-1 lead.  From there, they slowly pulled away for the win, using a three-goal run in the fourth quarter to stretch the lead.  When Texas State finally did score in the fourth quarter, the Rams were there to answer again less than a minute later to squash any momentum the Bobcats might have had on their side.

Collegian Sports Desk can be reached at sports@collegian.com and on Twitter @RMCollegianSpts.