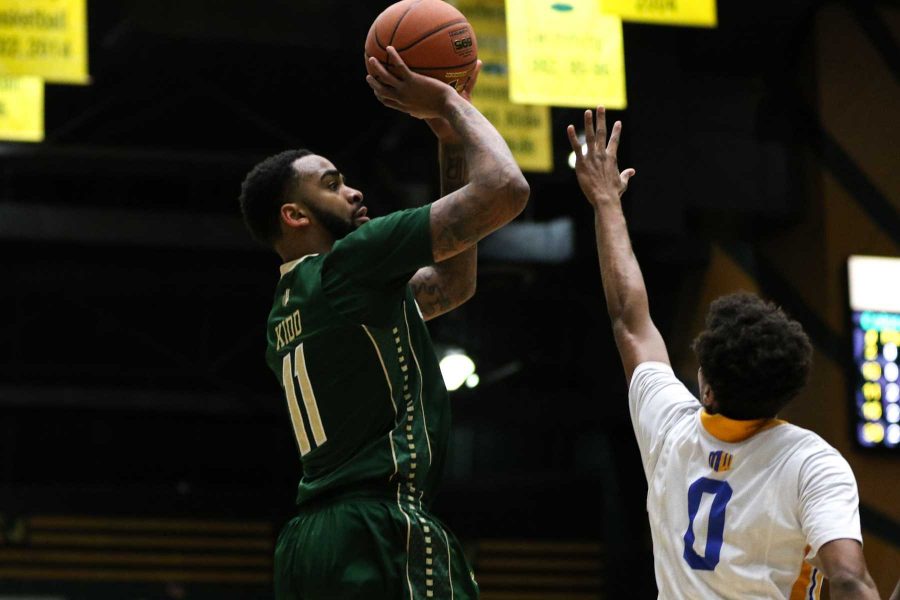 It has been a down year for Mountain West basketball.

Winning the regular season and conference tournament is even more important than most years, since at-large bids to the NCAA tournament will be scarce for the MW.

There is not much basketball left to play, but things could still play out a number of different ways depending on how teams close out the regular season. With no real powerhouse in the conference this year, there is greater parity amongst the top programs than in seasons past.

Almost any team can lose on any given night. Six teams are being given at least a 10 percent chance to win the MW tournament, and that does not even include New Mexico and Fresno State, who could very well upset some of the supposed favorites.

SDSU currently sits atop the conference standings at 12-3 with Boise State right on its heels at 11-4. The teams meet Saturday in a pivotal matchup.

If the Broncos beat the Aztecs, and then win out the rest of the season, they would win the regular season title, since they own the tiebreaker.

If the Aztecs win, they would only have to win one of their final two games (at UNLV and against Nevada) in order to clinch.

Colorado State is one and a half games behind SDSU. If the Rams and the Aztecs both win out, then the No.2 seed for the MW tournament would go to either CSU or Boise State.

Since the teams split their season series and would hypothetically have the same record against SDSU, then the tiebreaker would likely be decided by Utah State at Wyoming on March 4.

If Utah State beats Wyoming and then loses to CSU in the final game, CSU would own the tiebreaker. If Wyoming wins out, though, Boise would take the No.2 seed and the Cowboys would climb to No.3 while the Rams would drop to No.4.

Utah State has quietly rattled off five straight wins and are 10-5 in the MW. The Aggies have a tough schedule coming up (at Air Force, at Wyoming and CSU) but by winning out, they could sneak into the third seed for the MW tournament.

There is one extremely unlikely scenario remaining in which CSU could win the regular season, but it involves Boise State losing to San Jose State. Seeing as SJSU is 0-15 in the MW and has not beaten a Division I team this season, do not count on it. CSU is essentially out of contention for the regular season title.

While the Rams do not necessarily control their own fate, they are almost guaranteed to finish top four in the conference by winning out. CSU just needs to avoid a bad loss in order to receive an at-large tournament bid, since it went undefeated in non-conference play.

San Diego State should still be considered the frontrunner to win the MW regular season title, but it is too soon to count out Boise State. The MW tournament will be up for grabs and could very well come down to seeding, match ups and which teams simply get hot.