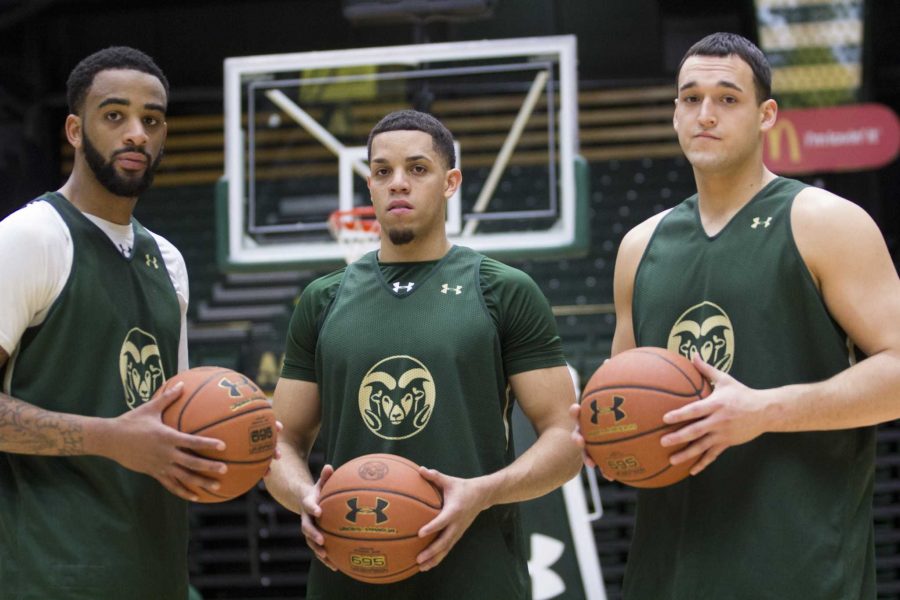 In each case, that road led to Moby Arena, where the four seniors have their last home game Wednesday night.

Just two years ago, J.J. Avila was playing ball in a rec center, Stanton Kidd was getting his first taste of Division I basketball at North Carolina Central and Marcus Holt was toiling away at a junior college in Paris, Texas.

Meanwhile, Daniel Bejarano was making a name for himself in his first year at CSU after things had not worked out in his freshman year at Arizona.

Nowadays, they are part of a 23-5 Rams team that is likely NCAA tournament-bound. Their time to shine together is limited, though.

“It went fast. It went really fast,” Kidd said. “That’s just how basketball goes when you become an upperclassman. You think you’ve got time, but you look up and the season’s almost over.”

Bejarano is the only senior who has been at CSU more than two seasons. He won the Mountain West Sixth Man of the Year as part of the 2012-2013 team that reached the third round of the NCAA tournament.

However, the leap he made was still a surprise to many. As a junior, he averaged 16.3 points, 8.3 rebounds, 3.3 assists and 1.1 steals per game. He and Avila, with the help of players like Holt, kept the Rams from falling below .500.

“It was just me and him,” Avila said. “We had other guys who helped, but we knew that if we didn’t bring it – every practice, every game – that we weren’t even going to be close to being .500 like we were.”

Considering that CSU graduated its entire starting lineup, lost a point guard to an ACL injury before the season, and had three roster spots occupied by redshirts, the 2013-2014 season could have been a disaster.

Bejarano even postponed surgery on his meniscus to make sure the Rams stayed afloat in conference play when they appeared to be primed for a big drop off.

“I think the wear and tear on those two was emotional and physical,” CSU head coach Larry Eustachy said. “The way they went is the way we went.”

Bejarano and Avila can be credited with preventing CSU from falling victim to a losing record. The 16-16 finish was not ideal, but it could have been much worse.

More importantly, it set the stage for their senior campaign, one that includes another centerpiece in Kidd. The transition has looked seamless from the outside, but that is not always the case when new pieces are added.

There was never any power struggle though. The seniors on this team are on the same page and have put individual accolades on the back burner.

“I’ve been to the NCAA tournament every year except last year,” Bejarano said. “I’m just doing whatever it takes to win. That’s it. I just want to win. I want people to understand it’s about winning, not numbers.”

Bejarano sacrificed his own statistics this season just to be in this position. Now that it’s here, it’s bittersweet.

“It’s going to be sad,” Bejarano said. “I’m trying to not let my emotions get the best of me. I’ve built a lot of relationships around here.”

Avila, too, exemplifies the group’s unselfishness. He will not be playing on Senior Night in order to recover from back spasms before the MW tournament. Being healthy and able to help his team means more than starting his last home game.

He leads the Rams with 16.1 points, 7.5 rebounds, 3.0 assists and 1.9 steals per game. Avila is shooting 55 percent from the field, and is one of the frontrunners for MW Player of the Year.

But you can tell he gets somewhat annoyed by all the individual attention. He wants the story to be about his team and what they all have achieved.

So far, it has been. The Rams are a team to be reckoned with come March. They have brought the madness back to Moby and kept basketball relevant in Fort Collins. It’s a good year to be a CSU fan, thanks mostly to a selfless group of seniors.

“We’re 23-5, and it’s gone so fast,” Avila said. “It’s cool because all of the visions that I had – and that I’m sure everyone else had – are finally coming true. It’s a great feeling.”

Holt declined to be interviewed for this story. Seniors Night takes place at 7 p.m. Wednesday when the Rams host the San Jose State Spartans. The game can be seen on MW Network.