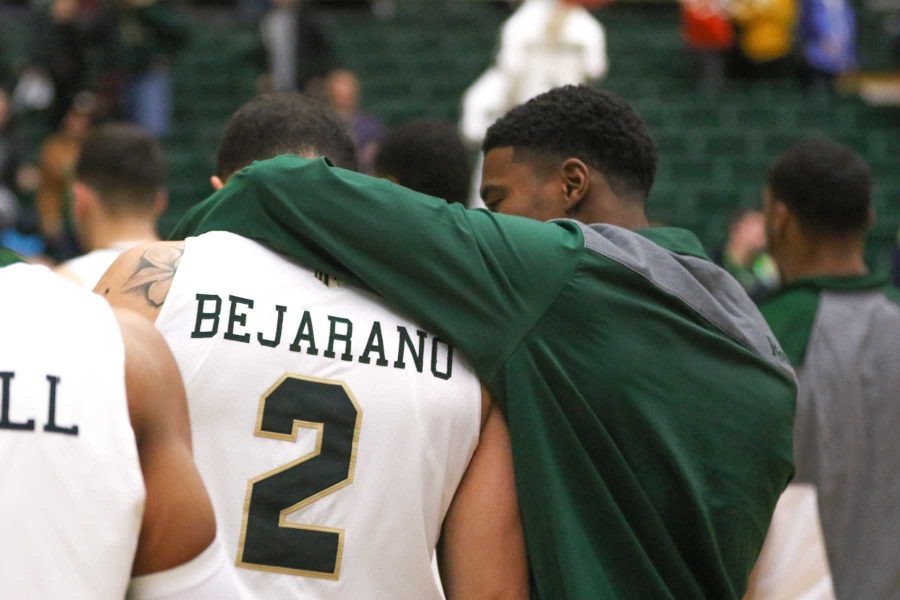 The CSU men’s basketball team could not keep up as they lost 72-63 to conference leader San Diego State on Saturday night.

The Rams (21-5, 8-5 MW) had trouble hitting shots for much of the game and it ultimately kept them from giving SDSU a real run for its money. The Aztecs (20-6, 10-3 MW) did not have the same trouble as they shot 49 percent from the field and solidified their spot atop the Mountain West.

“They outplayed us,” Avila said. “They were more determined to get those loose balls and offensive rebounds. We cannot let that happen.”

CSU missed its first eight field goals allowing SDSU to take an early 10-3 lead. The Rams battled back with eight offensive boards in the opening frame, though. Stanton Kidd gave CSU its first and only lead of the game on a turnaround jump shot to put his team up 18-17 with 7:28 in the half.

After that, it was all SDSU until the end of the opening frame though. The Aztecs finished the half on an 11-2 run highlighted by back-to-back 3-pointers from Winston Shepard.

Shepard hit more 3-pointers in the first 20 minutes than CSU did as a whole. The Rams went 0-for-10 from deep in the opening frame while shooting 31 percent from the field in the first half.

“We just couldn’t get stops when we needed to and that was the main point of this game,” CSU guard Gian Clavell said.

The Aztecs, on the other hand, fed off the energy of the crowd in Viejas Arena as they shot an impressive 55 percent from the field in the first. SDSU continued the roll in the second half as Matt Shrigley opened things up with a 3-pointer to put the Aztecs up 40-26.

The Rams shot the ball a bit better in the second half and briefly climbed back in the game. CSU’s only 3-pointers of the game came on back-to-back shots by John Gillon and then Clavell as part of the Rams’ run. Avila buried a jumper with 7:15 to bring the score to 56-48.

Trey Kell quelled the run with a 3-pointer to push the Aztecs lead back to double-digits. SDSU went 20-for-26 from the freethrow line and closed things out shortly after. CSU went 2-for-19 from behind the arc.

The Rams continue their road trip Wednesday at 8 p.m. when they take on Fresno State. The game will be broadcast on ESPN3.