Analysis: CSU has a shooting night ‘you just can’t explain’ 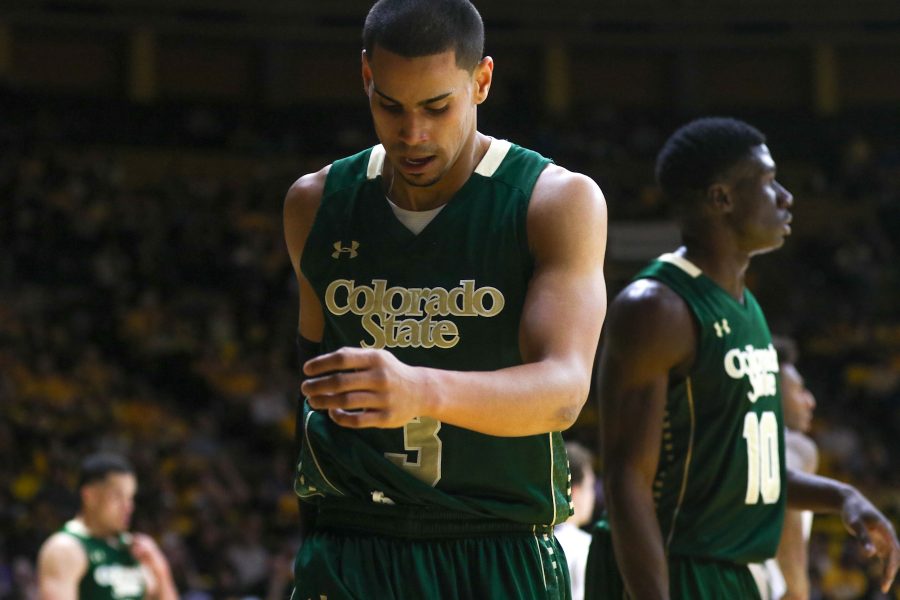 After Colorado State’s 98-42 obliteration of Nevada on Jan. 14, CSU head coach Larry Eustachy said it was a game he “simply couldn’t explain.” Following a game that saw CSU shot 57 percent from the field and hit 13 3-pointers, he went on to say that he believed CSU would be on the other end of a game like that at some point this year.

While the final margin wasn’t nearly as large as that game, CSU finally found itself in a game where it simply couldn’t match its opponent. Saturday night at the Arena-Auditorium in Laramie, the Wyoming basketball team did exactly what it has done all year defensively, and the Rams just could never find their rhythm.

The Cowboys’ molasses-like pace wasn’t what slowed CSU down; the Rams had 62 offensive possessions. CSU’s downfall was simply that it couldn’t hit a hayfield from Interstate 25.

According to Eustachy, nearly one-third of CSU’s 60 shots were uncontested. Against teams like Nevada, Air Force, San Jose State and Boise State, those shots fell. But Wednesday night, they didn’t. And there was no other way to explain it than that.

Along with the open jumpers, J.J. Avila and Daniel Bejarano missed layups, Stanton Kidd missed an open dunk and the rest of the team wasn’t much better.

“We had good shots, they just didn’t fall like they normally do,” Bejarano said. “It wasn’t the environment, it wasn’t the crowd – shots just weren’t falling. We played hard, but they just made shots and we didn’t.”

And those misses compounded, with each CSU player trying their hardest to break the Rams out of the scoring slump. But with perimeter shots not falling (CSU shot 3-25 from the 3-point line), and the shot-blocking duo of Larry Nance Jr. and Derek Cooke Jr. turning players away in the paint, CSU couldn’t catch a break on the offensive end of the court.

“I think it gets contagious,” Eustachy said of the Rams’ inability to hit shots. “I’m not taking credit away from Wyoming, but we had open looks that we just didn’t make. And then I thought we started rushing (shots). We passed up good shots to take bad shots and it was just a night you really can’t explain.

The highest-scoring offense in the entire Mountain West had its chances, too. Surprisingly, the Cowboys allowed CSU to come down with 14 offensive rebounds, leading to 19 second-chance points. But too many times, the Rams couldn’t get their only shot to go. Outside of J.J. Avila, the Rams shot just 11-for-44 from the field and most of those makes came in garbage time when the game was firmly in hand.

“We have been fortunate that they (Colorado State) have not shot the 3-ball well against us in the two games this year,” Wyoming head coach Larry Shyatt said, “I’d like to think we had something to do with it, but then again they’ve shot the ball really well during this last stretch of games in conference play.”

As the Rams look ahead, and look to move past this game, another challenge awaits them at home when UNLV comes to Moby Arena on Saturday. Though the loss to the Cowboys all but derails CSU’s hopes for winning its first Mountain West title, the Rams are still alive for an NCAA Tournament automatic bid. A loss to the Rebels at home, would severely hurt those hopes, if not destroy them altogether.

“We’re just going to come to practice tomorrow and get better,” Avila said. “This was a bad game but we’re going to come back strong and just keep getting better.