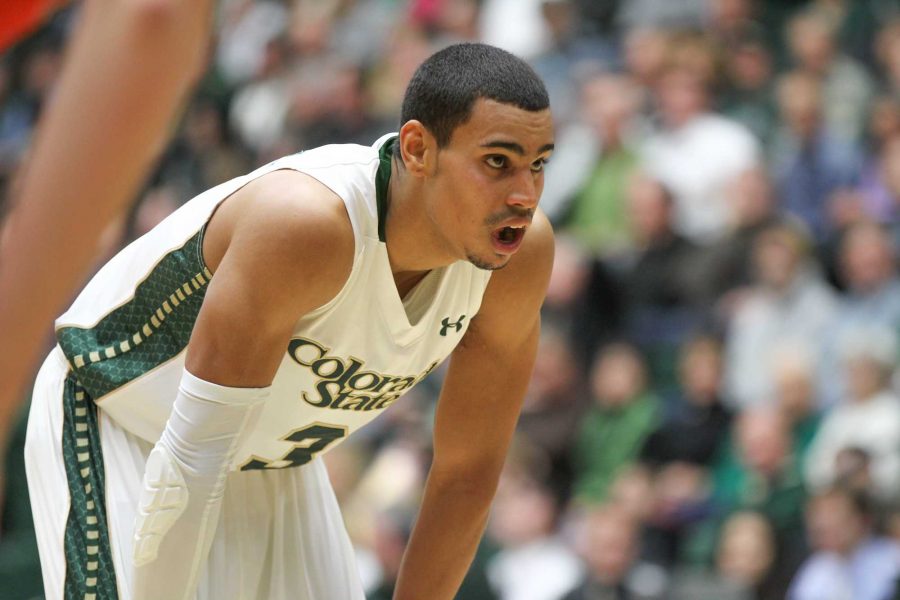 For the second time in four days, Colorado State’s poor shooting woes caught up to them.

Led by 15 points from hobbled star forward Larry Nance Jr., the Wyoming men’s basketball knocked off CSU 60-54 in front of an energetic crowd of 8,018 at Moby Arena Saturday night. The Rams, who were led by J.J. Avila’s 23 points, shot just 34 percent from the field, turned the ball over 16 times and hit just 2 of 14 from behind the arc.

Avila was the only Ram in double figures, with the rest of the CSU team shooting just 9 of 36 from the field.

On the contrary, Wyoming (14-2, 3-0 Mountain West) shot 45 percent and hit five 3-pointers, none bigger than sophomore forward Jason McManamen’s with 23 seconds to play that put Wyoming up 59-54 and sealed the Cowboys’ first win in Fort Collins since 2009.

Colorado State (14-2, 1-2 MW) was plagued by its fourth consecutive poor start, falling behind 11-6 with 13:36 to play on a 3-pointer by Charles Hankerson. The Rams then responded with a 5-0 run to tie the game at 11, but could never take the lead. The teams traded baskets for the rest of the half, with Fred Richardson III tying the game at 24 on a driving layup from the left baseline. However, CSU head coach Larry Eustachy was slapped with a technical after arguing with the officials about what he thought was a foul on Richardson’s shot.

Wyoming senior guard Riley Grabau calmly stepped to the line and hit two free throws, which was followed by a 3-pointer from McManamen. After a layup by J.J. Avila cut the Cowboys’ lead to 29-26, Nance hobbled to the sideline, favoring his right knee, which was surgically repaired last year after he tore the anterior cruciate ligament in it during a game against San Diego State.

Holding for the final shot, Alan Herndon found Derek Cooke Jr. for an emphatic two-handed slam that closed out the half with the Cowboys leading 31-26.

“It was just an off night shooting,” CSU guard Gian Clavell, who managed just six points, said. “We’re not shooting well right now, but that’s not going to last for long. We just aren’t shooting well.”

But as they have all multiple times this season, the Rams fought back cutting the deficit to three points four separate times in a four-minute span. Trailing 52-50 with just over three and half minutes to play, Avila had a chance to tie the game, but could only convert 1 of 2 from the free throw line.

After a layup from Nance and another from Avila, Colorado State had a chance to tie the game when Avila went coast to coast, only to lose the ball out of bounds under the basket.

Another pair of Avila free throws cut the deficit to just two again, and after a steal by CSU guard John Gillon, which ultimately was knocked away and ended up on the floor, Wyoming retained possession on a jump ball.

After running off most of the shot clock, Wyoming guard Josh Adams drove the left side of the lane and kicked out to McManamen, who buried a wide-open 3-pointer to close it out for the visitors.

“There was a little good fortune and luck in this game, and to have possession at that time was obviously important,” Wyoming head coach Larry Shyatt said. “Our guys took advantage of it having a hard drive with strong side help and Jason made a big-time shot.”

Despite an improved defensive effort in the second half that held the Cowboys to just 39 percent shooting, it was the Rams’ offense that did them in as they shot just 8 of 25 from the field and 2 of 10 from the 3-point line.

“The players certainly have to make the plays, and we’ll work on all facets of game, including shooting,” Eustachy said after the game. “We’ve won games like this, keep in mind. We beat (UC) Santa Barbara like this, we beat New Mexico State like this. This is a team that has a very small margin for error.”

CSU, who has lost two straight after starting the season 14-0, now looks ahead to Saturday when it will travel to Colorado Springs to take on rival Air Force at Clune Arena.