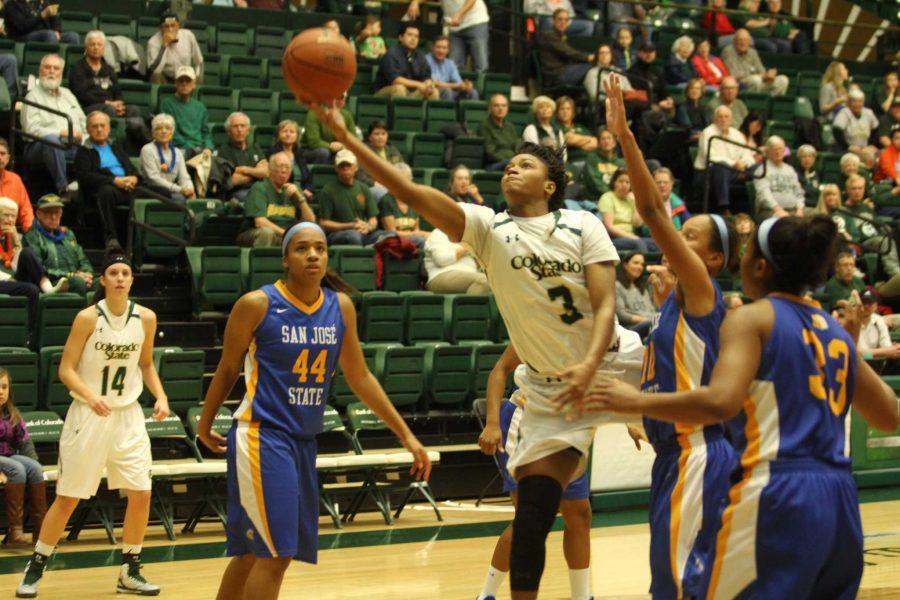 The matchup with the Aztecs is pivotal for the Rams (13-4, 5-1 MW), who are putting a five-game winning streak on the line against SDSU (6-11, 3-3 MW) while sitting at second place in the Mountain West behind only undefeated Fresno State.

CSU’s sole loss in the conference came to Boise State, which the Rams rematch Wednesday following their bout with the Aztecs, while the Fresno State showdown falls after the Boise game.

But head coach Ryun Williams claims the current key to his team maintaining position to make a run for the MW regular season title is to not preemptively prepare for the Broncos and Bulldogs, but take the Aztecs seriously.

“We’re not looking anywhere beyond San Diego State,” Williams said. “(All the rest of our games) are big. They’re all weighted the same.”

Sophomore Ellen Nystrom conveyed the same philosophy as her coach on focusing on one game at a time.

While the Aztecs are just .500 in the Mountain West, they are 2-1 in conference games at Viejas Arena. SDSU beat Wyoming, and will face the Rams coming off a 70-47 rout of Air Force Wednesday night.

“I think they’re just starting to find their groove a little bit,” Williams said. “San Diego State poses a lot of problems for us. They have great size, they have great quickness and they’re playing good basketball right now.”

Junior Erimma Amarikwa leads SDSU with 10.7 points per game and 6.6 rebounds per game. The 6-foot-1 forward is an extremely physical player, according to Williams, and appears to be coming back strong after undergoing season-ending surgery early last season.

“(Amarikwa) is the kid who I think is starting to find her groove a little bit right now,” Williams said. “She physically just throws you around, and if we’re not ready to match that and play with that toughness in the base, she can cause a lot problems.”

A key for CSU is its bigs being ready to deal with SDSU’s physicality on the boards. Forward Emilie Hesseldal will be active Saturday after sitting out last game against San Jose State, according to Williams.

“Our big kids are crucial this game, the glass is crucial,” Williams said. “Everybody has to want to get dirty this game or we’re not going to like the result.”

But SDSU does have a weakness in its ball handling, as the Aztecs average over 20 turnovers per game. Nystrom said the Rams have no expectations to just be thrown the ball for easy fast break points, though, but rather the high turnover rate could be a product of playing fast for a high number of possessions.

“They play with pressure, they have a lot of athletes, so I think they want to play fast,” Nystrom said.

The Rams hope to be able to exploit any carelessness with the basketball and run the break with a now healthy squad featuring a revived AJ Newton.

Colorado State and San Diego State tip off at 3 p.m. Saturday, and the game will be broadcast on csurams.com/videos.