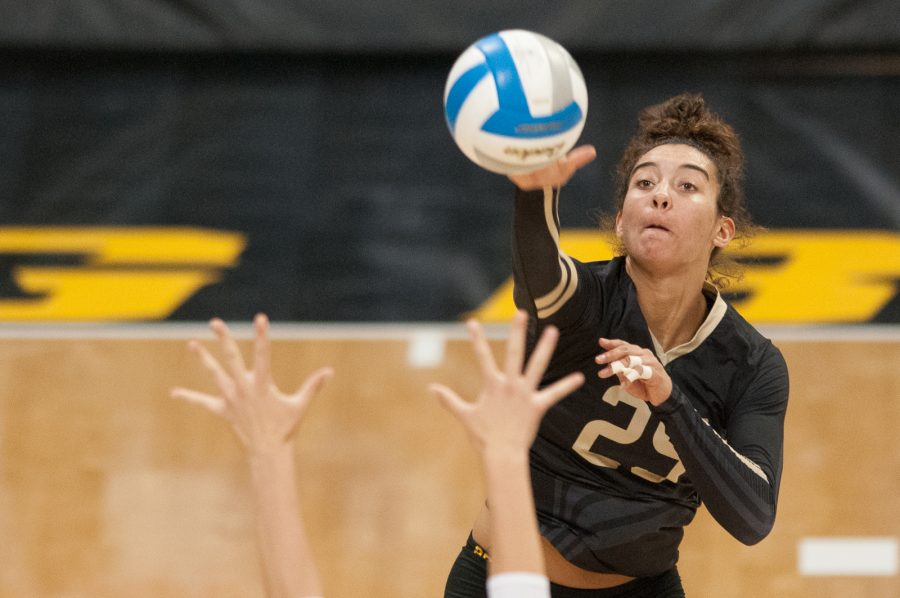 After another record-setting season and Sweet 16 appearance in December, the Colorado State volleyball team added to its riches by signing two more players to its 2015 class. On Tuesday, CSU head coach Tom Hilbert announced the additions of Katie Craig, a defensive specialist from Corona Del Mar (CA) High School, and Alex Reid, a transfer from Long Beach (CA) State who will only have one year of eligibility.

Craig and Reid are the third and fourth additions to the 2015 roster. In November, Kirstie Hillyer and Jessica Jackson signed their National Letter of Intent to play for CSU.

“These two players add to the level of play in our gym, without a doubt,” Hilbert said. “Both are ready to play right now, and will see time on the court in 2015.”

In three seasons at Long Beach State, Reid was one of the 49ers’ top attackers and passers, being named to the All-Big West first team in 2014. She started all 61 matches over the past two seasons, averaging 2.84 kills, 2.51 digs and 0.54 blocks per set. As a freshman in 2012, she played in 27 out of 29 matches, earning Big West All-Freshman honors.

“It’s rare to get a player for just one season, but Alex is worth it,” Hilbert said. “We’re familiar with her because we recruited her out of high school. She’s developed into a great six-rotation player and is very athletic. Even though she’ll be new, I see Alex as a leader on this team because she provided leadership at her previous school. We will use her in a number of ways.”

Prior to her time at Long Beach State, Reid was a local product, advancing to the 2012 state championship at Grandview High School. The Aurora, Colorado native was a second-team AVCA High School All-American and selected as a Senior Ace by Prep Volleyball.

Craig, on the other hand, served as both a defensive specialist and outside hitter for Corona del Mar, and will primarily serve as a defensive specialist for the Rams. As a two-time all-league selection, Craig was also named the Pacific Coast League MVP and CIF Southern Section Division 1AA Player of the Year in 2014.

The Sea Kings won three league championships with Craig on the roster and in 2014 reached the CIF Southern Section Division IAA semifinals. Craig totaled 347 kills, 164 digs and 25 blocks during her senior season.

“Katie is a very good player, and I’m excited that she chose to play for the Rams,” Hilbert said. “She earned countless accolades in one of the toughest leagues in the United States. She brings intensity and gamesmanship, and can do it all.”

“I knew I wanted to go to CSU when I went to one of their summer camps,” Craig said. “The whole program seemed like a family, and everyone was so inviting. Coach Hilbert was so nice, and seemed like a coach who treats his players well and cares for them. I liked the way he coached, too.”