McElwain, Florida yet to come to agreement 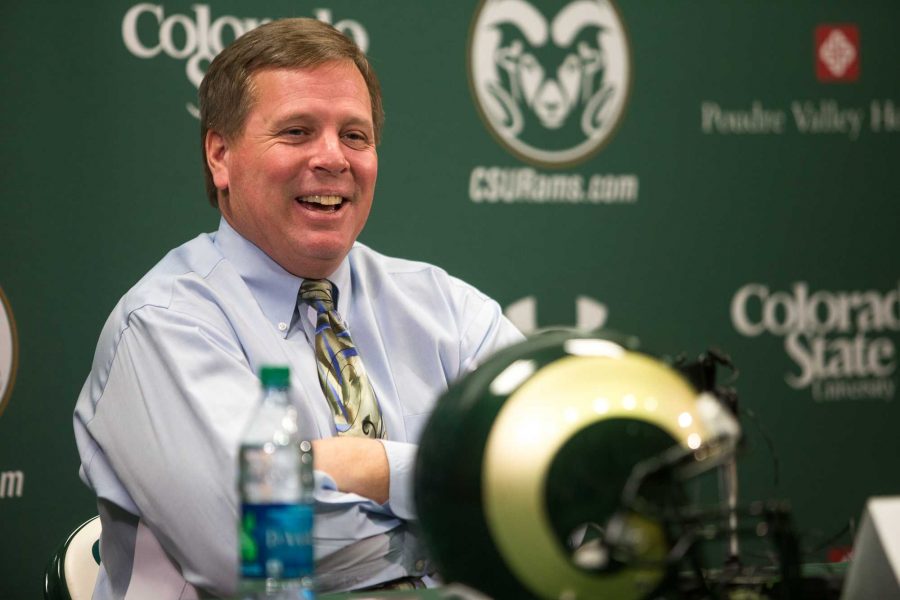 The Associated Press’ Mark Long tweeted Wednesday afternoon that University of Florida athletic director Jeremy Foley and CSU head coach Jim McElwain had “a great conversation, we aren’t there yet, might have something more tonight.”

According to the Orlando Sentinel, the only hurdle left in between McElwain becoming Florida’s next head coach is the $7.5 million buyout he agreed to this summer.

Multiple reports have stated that Florida has unsuccessfully tried to negotiate the buyout down to $3-4 million, but CSU president Tony Frank has been unwilling to budge.

Foley and a host of other Florida administrators arrived in Fort Collins Tuesday afternoon via private airline and met with McElwain for more than six hours Tuesday night. Florida’s contingent departed Fort Collins-Loveland Airport Wednesday afternoon without McElwain in tow.

A number of reports stated that CSU players had been summoned for a meeting this afternoon, which the Collegian confirmed has not been the case.

The 52-year old McElwain spent three years in the Southeastern Conference on the Alabama coaching staff as an offensive coordinator, where he won two national championships under Nick Saban.

Stay tuned to collegian.com for updates on this developing story.