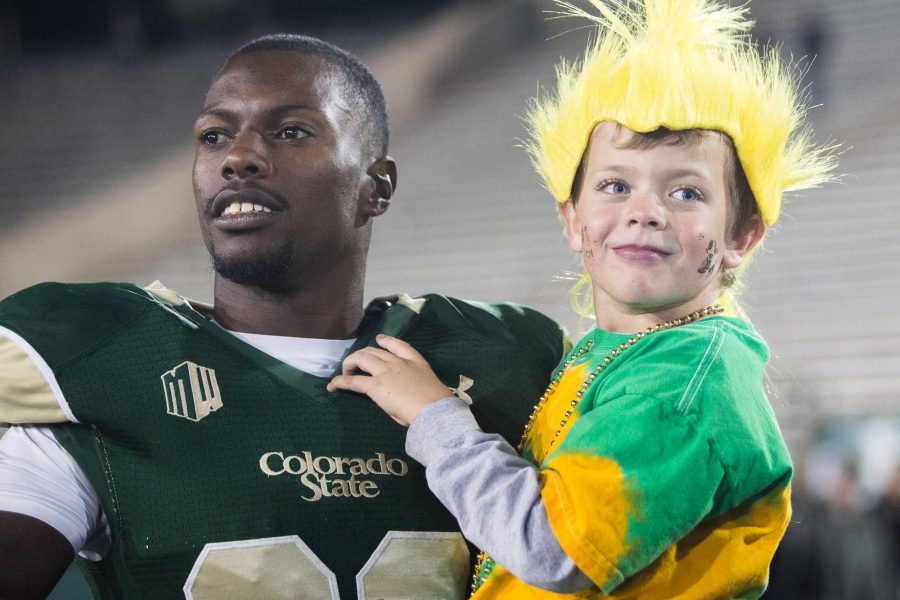 Seniors on the Colorado State football team did not have the luxury of walking into a winning program. They had to build it themselves from the ground up. From head coach firings to AP rankings, this senior class has seen the highs, the lows and everything in between.

Now it all comes to a close. When the Rams play No. 22 Utah in the Royal Purple Las Vegas Bowl on Dec. 20, it will mark the last time this group takes the field donning the green and gold.

Needless to say, it will be a little bit emotional. Their journey is one that tested them in every way possible and they have risen to the challenge.

“We’ve been through it all,” senior receiver Charles Lovett said. “From 3-9 to 10-2, we’ve seen it all. We’ve been here through thick and thin, and we’ve stuck with it.”

A few years back, the thought of their last game being a bowl of this caliber would have been almost inconceivable. Over the span of four years — from 2009 to 2012 — the Rams strung together losing season after losing season, amassing a 13-35 record during that time.

But here they are. In seemingly no time, the Rams went from pushover to contender. This season is not merely an outlier. The senior class can take pride not only on the 10-win season, but also in changing the culture that surrounds CSU football.

“It means a lot to the community,” senior cornerback Bernard Blake said. “For us to go out and be the ones that help change the way people view Colorado State means much more than the game itself.”

The road has been bumpy to say the least. It is easy to forget how down this program was just a few years back, but the seniors remember.

“We were the bottom of the Mountain West,” senior linebacker Aaron Davis recalled, “Now we had a chance to win it this year, so even though we didn’t, we’re still having one of the best seasons CSU has ever had. We’re just letting it come to us and enjoying this moment.”

This moment has been a long time coming. The seniors on this team were all recruited while Steve Fairchild was still the head coach. When he was fired, they had the perfect excuse provided for them to transfer and get away from what had become a losing program.

They refused take the cop out. Instead, they took it upon themselves to get CSU back to winning ways.

Blake and the rest of the seniors have given their all to the University. It is only right that they go down as a part of one of the greatest teams in the history of the program.

“It’s been a heck of a ride and I love these guys like my actual brothers,” Blake said. “To go out the way we’re going out … it’s a good feeling.”

At the moment, they are still focused on the bowl game ahead. The seniors have not had much time to reflect on their accomplishments, but then again, not much is needed.

Sold-out stadiums, bowl victories, top-25 rankings, those things seemed out of the realm of possibility back when the seniors on this team first joined. Now they are a reality. CSU is Las Vegas bound, thanks largely to a senior class who dared to dream big.

“We had a vision of restoring the tradition that was in this program,” Blake said. “It was already an established program and so we just wanted to be the class that helped bring that back to the light and put Colorado State in everybody’s ear. To see it play out is crazy.”

Not only have they reached the peak of their climb, but they have cleared the path for those who follow.

This group of seniors took pride in being a Ram when no one else would, and it has finally paid off.