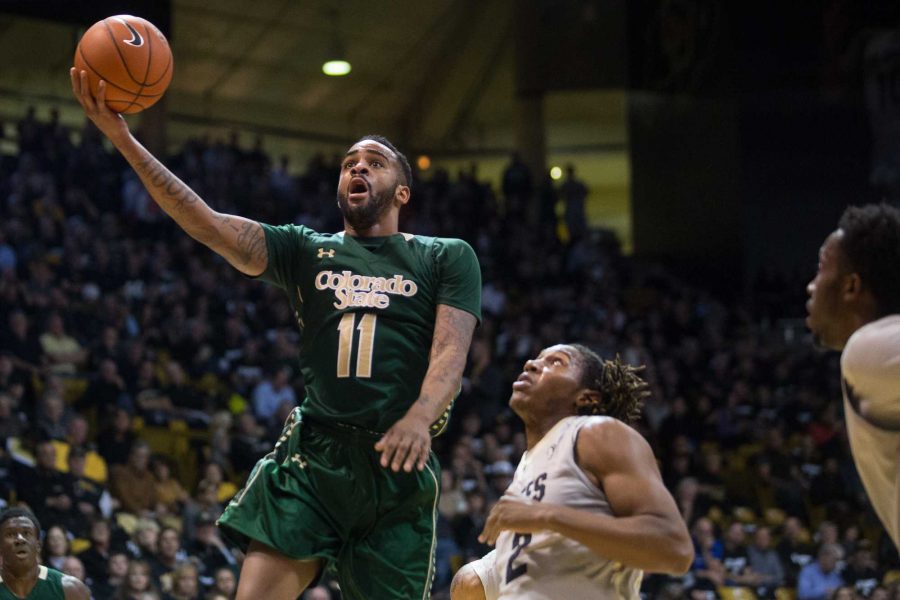 Colorado State men’s basketball took care of business thanks to some unlikely contributions from their reserves.

The Rams extended their record best start to 10-0 with a 88-60 win over Division-II opponent Arkansas-Fort Smith in front of a crowd of 3,126 at Moby Arena. Despite coming off of the bench, Gian Clavell led CSU with 17 points while also chipping in five rebounds. He scored all of his points in the second half and was the only Ram to play 30 minutes.

“Every game is going to be tough for us,” Clavell said. “Every team is going to bring their A-game to us. We just have to come ready to play.”

Junior guard Joe De Ciman set the tone early with two 3-pointers and a dunk to help the Rams jump out to a quick 14-5 lead. He matched his career-high with 15 points on 6-for-8 shooting.

The Rams did not play their best basketball in the first half either (seven turnovers) but carried a 40-18 lead into the break thanks in part to beating the Lions on the glass 25-15.

Marcus Holt helped with three tip-ins while logging a season-high 24 minutes. The center from Aurora, Colorado made the most of his playing time finishing with nine points and four rebounds. Fellow Aurora product Carlton Hurst also provided 13 points, including a few big dunks and a 3-pointer just before the first-half buzzer.

“The Aurora guys went 10-for-11,” Eustachy said. “I think that’s really cool for Marcus. We know Carlton is a really consistent player… It only adds intrigue to our team, and adds to what I think is a team that has not gotten nearly as good as they are going to get.”

UAFS was led by DaVaunta Thomas who scored 15 points. Seth Youngblood, the Lions’ leading scorer heading into the contest, was held to just six points.

A scary moment came about 10 minutes into the game when Daniel Bejarano went down clutching his ankle after landing awkwardly on a jump shot. He limped off the court with a sprained ankle and would not return to the game.

“Seeing anybody go down is tough, but especially Daniel,” De Ciman said. “He has been with us since day one but at half time the first thing we said as a team is that we are playing for him. We just knew everyone had to step up and play together defensively.”

CSU got the performances they needed in his absence with four players finishing in double figures.

Fortunately, Bejarano should have some time to recover as the Rams do not play again until Friday when they are on the road against Denver.

The Pioneers upset CSU last year, so the Rams will be looking for revenge while also trying to preserve their undefeated streak, which is tied for the second longest in program history.