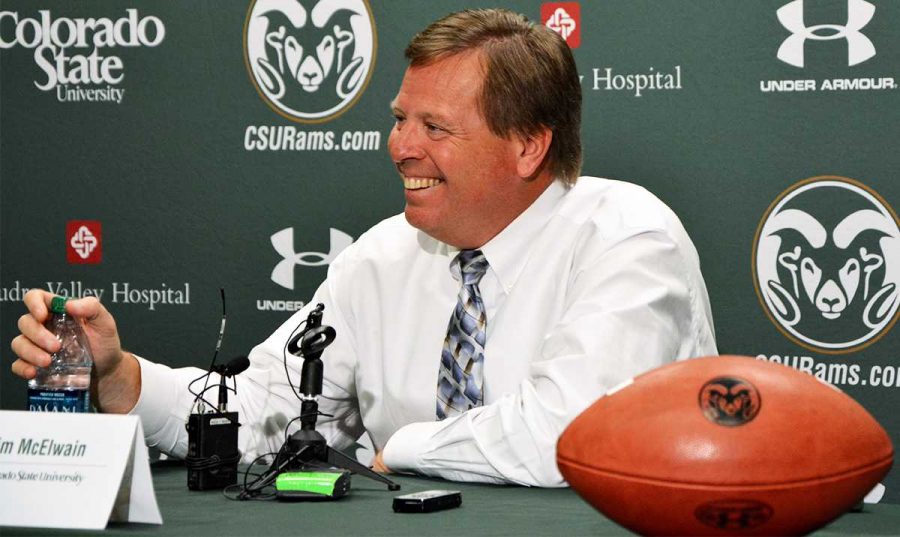 Like a summer romance, Jim McElwain’s stay in Fort Collins was just long enough for one side and heartbreakingly short for another.

Early Thursday morning, ESPN reported that McElwain, who had met with University of Florida administrators late Tuesday night, had accepted the job as their new head football coach. McElwain is expected to be officially announced as the Gators’ next head coach later Thursday.

GatorZone’s Scott Carter, the team’s lead reporter, tweeted that McElwain’s $7.5 million buyout has been negotiated down to $7 million. The University of Florida will pay $3 million of it, with McElwain on the hook for the other $2 million. CSU will also play Florida in Gainesville at a date to be named later in which the Rams will receive the final $2 million.

McElwain, who led the Rams to a 10-2 record in 2014, takes over for former head coach Will Muschamp, who was dismissed Nov. 16.

“Coach McElwain was someone we targeted at the beginning of the search,” Florida athletic director Jeremy Foley said in a statement through the university. “The more we worked through the process and did our due diligence, coupled with our meeting and conversations with him and those around him, it was obvious he is the right person to lead the Florida Gators football program.”

In three years at the helm of CSU, McElwain transformed a team who had suffered through three consecutive 3-9 seasons into one that was nationally ranked before a 27-24 loss to Air Force on Friday derailed their hopes of possibly being selected for a “Group of Five” Access Bowl.

This season, McElwain has led one of the top offenses, statistically, in the entire country. CSU features the No. 2 quarterback in the nation in pass efficiency in senior Garrett Grayson, who has thrown for nearly 3,800 yards, 32 touchdowns and just six interceptions this season. CSU sophomore receiver Rashard Higgins also leads the nation in receiving yardage per game (149.1) and touchdowns (17).

“We have a tremendous group of student-athletes in this football program who have invested in one another and have worked hard to bring a great deal of pride to Colorado State. They are now focused on preparing to go win a bowl game,” John Morris, CSU interim director of athletics said in a statement released by the University. “I want to thank Jim McElwain for everything he has done for our football program and Colorado State. We will miss Jim and his family, and we wish him well moving forward.”

The full press release from Colorado State can be found here.

Before becoming the head coach at CSU, McElwain was the offensive coordinator at the University of Alabama under Nick Saban, where he helped lead the Crimson Tide to two national championships.

This is a developing story. Stay with collegian.com for updates.